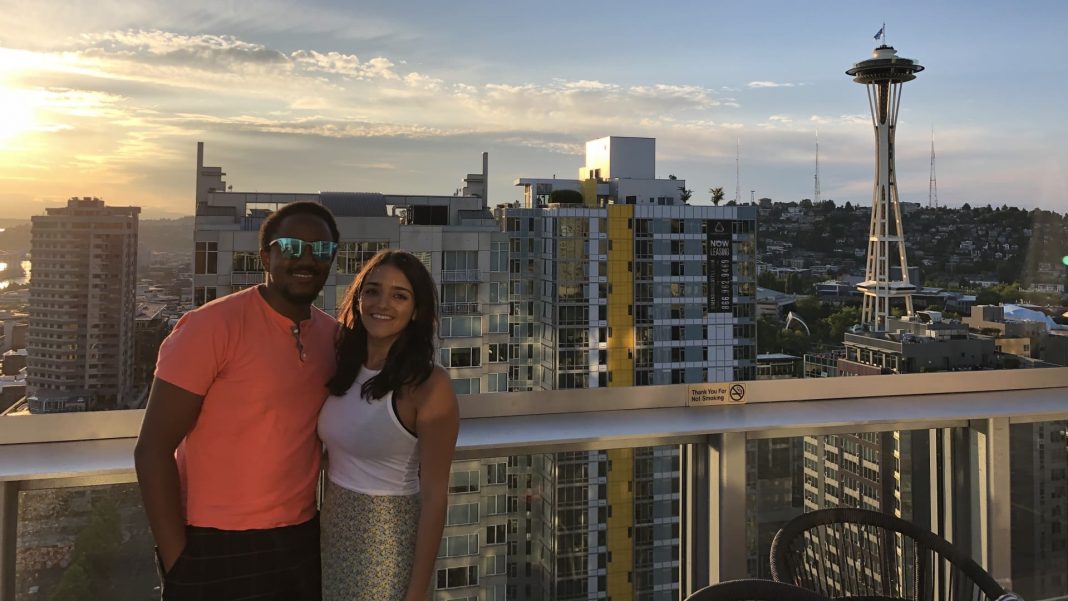 While some companies continue to debate remote and hybrid work for their teams, others are embracing a more flexible work-from-anywhere approach.

Atlassian, an Australia-based software company with employees around the world, introduced its own “Team Anywhere” policy in August 2020, which allows its 7,388 employees to relocate to another city or country where the company has an established presence and accommodating time zone.

Almost two years later, nearly 300 employees have moved to a new country, and hundreds more have relocated within their own country, the company says.

CNBC Make It heard from four employees about how Atlassian’s new work-from-anywhere model changed how they live and work.

Atlassian says more than 10% of its 3,000-person U.S. workforce have moved states during the pandemic, with the bulk of them leaving expensive cities in California and Texas.

That includes Amanda Gitahi, 28, a product marketing manager. She had already relocated from Phoenix to San Francisco in order to join the company right after grad school in 2019, which also meant becoming long-distance with her husband, Lemmy, who took a job in Seattle.

In March 2020, with everyone working remotely due to Covid, she made the decision to move up to Seattle to reunite with her husband without having to worry about going long distance again.

Gitahi has also been able to reunite with other family members — an aunt and uncle who have “become mentors and really important people in our lives,” she says.

Gitahi says the hardest part of work-from-anywhere is losing some of those in-person office interactions, but is hopeful the company will be intentional about restoring those as Covid risks subside. For example, the company has kept its physical offices and is investing in building one in Austin to open this summer and new headquarters in Sydney for 2026.

Christina Bell, 26, works as a software engineer and is originally from New Zealand but moved to Sydney for her Atlassian software engineering job in 2018. When Covid hit, she became homesick and also wanted to be closer to her grandmother, who was diagnosed with cancer.

She made the move back home and now plans to stay put. “I live quite rurally and my quality of life has significantly improved,” Bell says. “I can literally see sheep across the road from me right now. It’s very New Zealand.”

Bell feels she’s adjusted to remote work well and doesn’t think missing out on water-cooler conversations has limited her ability to connect with coworkers. “Honestly, I think being remote levels the playing field,” she says. “Now we can capture these conversations in a written format, providing an opportunity for everyone to see what is going on. You don’t miss out if you didn’t happen to be at the ‘water cooler’ when the conversation happened.”

For others, the biggest challenge to work-from-anywhere has little to do with the work itself. Helen Xue, 30, a communications lead, was living in San Francisco when the pandemic hit and relocated to Portland to be near her partner’s family. With the permanent policy in place, they recently moved again to Seattle.

Helen Xue says she and her partner hope to travel internationally and return home to Australia while using Atlassian’s work-from-anywhere policy.

On the plus side, being able to work around the world “opens the door for me to eventually go home” to Sydney, Xue says. “My partner and I would also love to do a stint in Europe or Asia before returning home to Australia.”

Moving around can be difficult on a personal level, though: “The heartache of leaving family and friends every time you move is really hard, and then having to integrate into a new community and find your new routines,” Xue says. “That doesn’t get easier no matter how many times you do it. On the other side of the coin, you can experience new culture and meet amazing new friends that you wouldn’t be able to otherwise.”

Alex Riegelman, 35, relocated internationally for his job as an experience architect six years ago, when he moved from the U.S. to Australia and met his now-wife, who is also American. Over time, they realized they had to make a decision of whether to gain their Australian citizenship or move back home.

“As Team Anywhere was developing, we realized it was the perfect time to move back to the states while staying at Atlassian,” Riegelman says. He and his wife moved to Boulder, Colorado, in February 2022 and might move around again to the Southeastern U.S. in the future.

He says the company’s flexible option gives him the ability to explore different places without having to worry about his income. “It’s nice to know I don’t have to worry about a job if I’m looking to relocate,” he says, “and can just concern myself with the location itself that works best for my lifestyle.”

Thousands of employees are testing a 4-day workweek

How people have changed the way they think about work, according to their therapists

Sign up now: Get smarter about your money and career with our weekly newsletter