A Bus Carrying an HBCU’s Lacrosse Team Was Pulled Over. Deputies Searched It for Drugs. 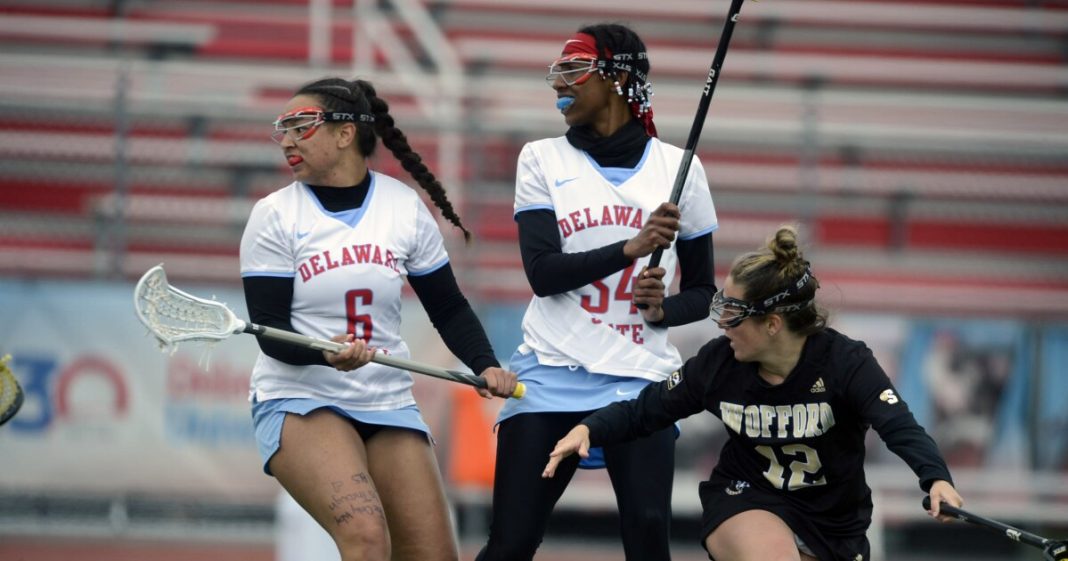 
The president of a historically Black university says he is “incensed” that the institution’s women’s lacrosse team was subjected to a “trying and humiliating” traffic stop in Georgia, where law enforcement used a minor traffic violation as an opportunity to search the students’ belongings for narcotics.

Nothing illegal was found, and coaches and members of the Delaware State University team — the majority of whom are Black — have spoken out about the experience in the days since, describing the stop-and-search as racial profiling and a frightening ordeal.

“We do not intend to let this or any other incident like it pass idly by. We are prepared to go wherever the evidence leads us,” President Tony Allen of Delaware State University wrote in a letter to the campus community. “We have video. We have allies. Perhaps more significantly, we have the courage of our convictions.” Allen also noted that he’s reached out to Georgia law enforcement and that he’s exploring “options for recourse — legal and otherwise.”

It’s not always as overt, but I definitely have experienced it, whether it’s people thinking I’m the assistant coach or the bus driver.

Delaware State is one of two historically Black universities in the country to have an NCAA Division I women’s lacrosse team. The other, Howard University, was also in the headlines last week: Students at Presbyterian College were suspended for their racist taunting of the Howard squad during a February game at the South Carolina college.

The April 20 Delaware State incident was first reported last week by Sydney Anderson, a sophomore who was on the bus when deputies from the Liberty County Sheriff’s Office stopped the vehicle as it traveled north on I-95, taking the team back to campus after several games in Florida.

In The Hornet Newspaper, Anderson wrote thatthe incident was traumatic, especially for those who’d never had an encounter with the police before, and called it one of the “constant reminders of being Black in America.”

During a news conference on Tuesday afternoon, Sheriff William Bowman of Liberty County, who is Black, told reporters that the deputies didn’t know that the bus was carrying students from a historically Black university before they entered the vehicle, nor did the sherriff’s office realize the incident had been perceived as racial profiling.

The Delaware State lacrosse players’ bus was pulled over about two and a half hours after the team left its hotel on the morning of April 20, Head Coach Pamella Jenkins said in an interview with The Chronicle. A police officer came to the door and asked the driver for his license and registration, saying commercial vehicles aren’t supposed to drive in the left lane.

Nobody on board thought much about it until one of the students noticed the officers pulling their luggage out from underneath the bus to search it, with the help of a drug-sniffing dog, Jenkins said.

Video footage taken by one of the players shows two white officers standing at the front of the bus as players and coaches look on. One of the officers can be heard saying, “If there is anything in y’all’s luggage, we’re probably gonna find it. … I’m not looking for a little bit of marijuana, but I’m pretty sure you guys chaperones probably gonna be disappointed if we find any.”

“I was definitely scared,” Jenkins said. “As a coach, especially traveling away from campus, I’m responsible for them and their safety, and in the moment, I felt helpless.” She credited the students for their level heads in face of an uncertain situation. “My hope was to just stay calm, stay quiet, so that they could do what they needed to do so that we could hurry up and get back to campus.”

Shortly after informing the students and coaches of their search, one of the deputies returned with a wrapped gift addressed to one of the players and asked what was inside. Jenkins said the student told the deputy that she didn’t know because it was a gift from a relative that she’d been told not to open until she got home. To this, the deputy said he would open the package off the bus but she would need to step off if it was anything that warranted discussion. The deputy returned a few minutes later and said they were free to go.

Jenkins said she’d never experienced racial profiling of this magnitude before. Being responsible for other people’s children, she said, only intensified her feelings.

“It’s not always as overt, but I definitely have experienced it, whether it’s people thinking I’m the assistant coach or the bus driver,” she said. “You know, passing me to go and shake my assistant’s hand.”

Gwenna Gentle, a junior studying mass communications and a midfielder on the team, recalls feeling stunned as she watched the deputies make their search, unsure how the situation escalated from a traffic violation to the bus being searched for drugs.

“Some of us do have personal trauma from officers in general, and just dealing with law enforcement. And so it was kind of hard to just be calm,” she said. “We didn’t want it to go any further than it had to so we were all very composed in the situation.”

Gentle said initially the team members tried to laugh it off because they didn’t know how to take the incident. That soon turned to anger, because they never should have had to be afraid in the first place. She says the outpouring of public support from the university, within the lacrosse world, and from other public leaders has been a source of comfort.

“As long as the message and the social issues are being put out there that’s all I care about,” Gentle said. “There were over 25 of us on the bus — that is what’s going to drive more of the social issue and bring it to light, so further things like this can be prevented in the future”

During the conference, Sheriff Bowman acknowledged that under the current environment, even a traffic stop can be alarming for citizens, especially African Americans. Deputies searched the bus after a drug-sniffing dog was “alerted,” he said, adding that deputies had already stopped several other commercial vehicles during the day, including a bus in which they’d discovered drugs.

While Bowman said he doesn’t believe any racial profiling took place, he urged the players and coaches to give the sheriff’s office feedback on how the deputies handled things.

The Delaware governor and several members of the U.S. Congress joined President Allen in condemning the incident. In statements, the state leaders said they would support the university in finding out more about what had happened.

“It should not be lost on any of us how thin any day’s line is between customary and extraordinary, between humdrum and exceptional, between safe and victimized,” Allen wrote in his letter to the university community. “This is true for all of us but particularly so for communities of color and the institutions who serve them.”