A Free-Speech Survey in Wisconsin Sparked Concerns. So a Chancellor Quit. 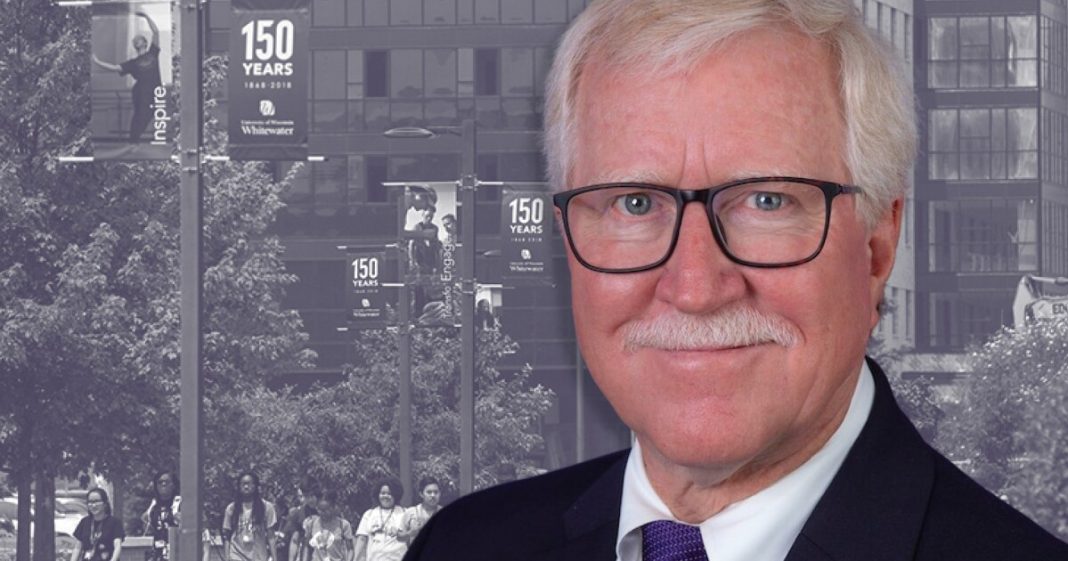 James P. Henderson reportedly objected to the Student Perceptions of Campus Free Speech Survey, which the Wisconsin system said it would begin administering on Thursday. Henderson declined to comment on the survey’s role in his departure, but several people familiar with recent events there confirmed to The Chronicle that he and other chancellors had expressed reservations about the process by which the decision to administer the survey was being determined, among other issues. Others on campus have raised questions about the survey’s potential misuse by Republican legislators. The conflict over the survey in Wisconsin, which comes on the heels of a similar, and more controversial, effort on the same topic in Florida, highlights the increasingly fraught politics surrounding free-speech issues in public higher education.

The Wisconsin survey did indeed come up in a meeting that Michael J. Falbo, the system’s interim president, held two weeks ago with the system’s chancellors. “The chancellors raised concerns about the survey, at which time I informed the Menard Center we would not be participating,” Falbo said in a statement. Falbo, a former president of the system’s Board of Regents, began his term as interim president last month, replacing Tommy Thompson, the state’s former governor and a former U.S. secretary of Health and Human Services.

But after getting more information about the survey, Falbo said, he felt more comfortable about it and its timing. “This was reinforced by the fact the universities’ own institutional review boards had approved it as a research issue,” he said. “I acknowledge that some chancellors were disappointed in that decision, and it regrettably led to a resignation.”

In a message to the Whitewater community on Tuesday, Henderson’s replacement, John Chenowith, formerly the campus’s provost and vice chancellor for academic affairs, nodded to Falbo’s statement, tying his predecessor’s decision to the issue of the survey. “I hope this provides some context as to Dr. Henderson’s unexpected departure,” he wrote.

Echoing his previous public statement, Henderson wrote in his resignation letter, a copy of which was provided by the system, that he felt that he could no longer achieve one of his main goals: finding a long-term replacement.

Henderson told The Chronicle that his decision to resign wasn’t because of any problems he was having as interim chancellor. “I felt like I could not in good conscience encourage any of my friends, colleagues to apply for a chancellor job at UW-Whitewater, or in the UW system as a whole, because of the lack of support from UW system leadership,” he said. “Unless that leadership is really focused on supporting the campuses and doing what’s right as determined by the campus leadership, it’s not going to be a successful system.”

There’s a lot of fear and a lot of assumptions, and sometimes that’s interfering with people’s thoughts about the survey.

But the survey seemed to be “the straw that broke the camel’s back,” said Terry Tumbarello, chair of Whitewater’s Academic Staff Assembly. Tumbarello, the director of residence life, said he and other campus-governance leaders met on Monday morning with Henderson, who informed them his resignation would be effective at the end of the day.

“The bottom line for me is, chancellors need to be chancellors, and the UW system needs to support chancellors. If the chancellors had an understanding and felt that they were being given a certain decision, whatever that decision was or wasn’t, and then that decision changed, I hope that that change was explained,” Tumbarello said, acknowledging he had not been privy to conversations among the chancellors. “I’m not really one to do much speculating, but I would like to think when it comes to serving your student population, that an institutional chancellor would have a lot of input there, regardless of what the survey was about. I don’t care if the survey was asking you if you like pizza and chocolate.”

Henderson, who has held several other administrative positions within the system, came out of retirement to become interim chancellor. He’s the fourth person to lead the campus since 2018, when Beverly A. Kopper resigned after her husband was banned from the campus amid sexual-harassment allegations. Henderson’s term began in July 2021 and was intended to last until UW-Whitewater found a permanent chancellor. That search was slated to begin this fall, Tumbarello said.

Henderson was well-liked and admired on the Whitewater campus, Tumbarello said, and his resignation marked “a dark day for the UW system.”

“We are deeply saddened to lose Chancellor Henderson. We adored him and thought he was a great asset to our campus,” Hawkins said. “We’re concerned that his resignation brings to light some possibly concerning details about political meddling in higher education.”

Those concerns may have to do with the entity responsible for the survey, said Timothy Shiell, director of the Menard Center for the Study of Institutions and Innovation, which is housed at the University of Wisconsin-Stout and is funding the survey.

“It might help people to understand the center for me to say I’m a liberal professor being funded by a conservative donor to run a nonpartisan center,” Shiell said. The Menard center is named for the Menard family, owners of the home-improvement store chain Menards, who donated $2.36 million in 2019 to expand it. John Menard Jr., the founder of Menards and a graduate of the University of Wisconsin at Eau Claire, donated $1.5 million to a political-action committee that backed Scott Walker, a conservative, during a 2012 bid to recall him as governor of Wisconsin. Menard was also tapped by President Trump in 2020 to serve on an economic advisory committee.

The center’s conservative ties predate the Menards’ donation, though; it was founded in 2017 with a donation from the Charles Koch Foundation. The nonpartisan center’s mission, according to its website, is “to promote the study and discussion of civil liberties and related institutions (governmental, civic, business, social, scientific, religious, etc.) and innovations through scholarly inquiry, educational activities, and community outreach.”

What the Survey Asks

The survey itself discusses “politically charged” topics, Shiell said, such as viewpoint diversity and whether students have felt pressured by professors to agree with a specific political or ideological opinion discussed in class. The survey also poses hypothetical scenarios, asking whether students believe those scenarios would be protected under the First Amendment. Survey respondents are also asked what political party and ideologies they most identify with.

“Because this is such a politically charged topic, a lot of people are making unfounded assumptions. They see the Menard name on our center and they assume we have a conservative or libertarian agenda when we don’t,” said Shiell, a professor in the English, philosophy, and communication studies department. “People are worried maybe the results will be bad, and legislators will use that as ammunition to do something bad to the system. There’s a lot of fear and a lot of assumptions, and sometimes that’s interfering with people’s thoughts about the survey.”

Shiell told The Chronicle he’s wanted to collect data about students’ views on free speech for several years, and that the survey instrument was vetted by a bipartisan advisory board and by a group of students. Plans to conduct the survey hit a snag after the chancellors’ meeting with Falbo. “On the surface,” Shiell said, “it looks like a perfectly legitimate academic study was being shut down for no apparent reason.” So he asked the system for a justification for the decision.

“While we certainly value the opinions of the chancellors on this topic, we are concerned their judgments are based on incomplete and perhaps mistaken information regarding the survey,” Shiell wrote to Falbo, noting that the survey “is not a fly-by-night operation.” (A copy of the email was provided by the system.)

In his email, Shiell said that when controversies over free expression flare up on the system’s campuses, it puts the whole system in the crosshairs of various political groups. “Groups representing myriad viewpoints have made often outlandish claims about the system’s failures in this area. They have accused us of stifling conservative speech and encouraging racist speech, and they have voiced a cornucopia of other hyperbolic statements based on idiosyncratic events on a few campuses,” Shiell wrote. The purpose of the survey, he continued, is to provide evidence to inform policy. “Without this survey, the system will continue to be forced to address future free-speech controversies from a purely post hoc and anecdotal perspective.”

State Rep. Dave Murphy, a Republican, was concerned, too. Shiell said Murphy contacted him when the survey was stalled. (Murphy told Wisconsin Public Radio that he and other lawmakers pushed back after learning that the chancellors had objected.) After receiving Shiell’s email, though, Falbo decided to move forward.

For its part, the system said that the survey “builds on” its “existing commitment to free speech and freedom of expression,” citing policy that requires the system to produce annual reports on how its institutions are upholding that commitment.

The chancellors, Henderson among them, seemed to believe the survey wasn’t ready to be conducted and therefore didn’t want to endorse it, Shiell said. It’s not clear whether they remain concerned, or their concerns have since been alleviated. The Chronicle contacted all 13 of the system’s chancellors for comment on Tuesday afternoon, but they either declined or didn’t respond as of press time.