A Private University Drew a State Investigation for Its Anti-LGBTQ Policy. So It’s Suing. 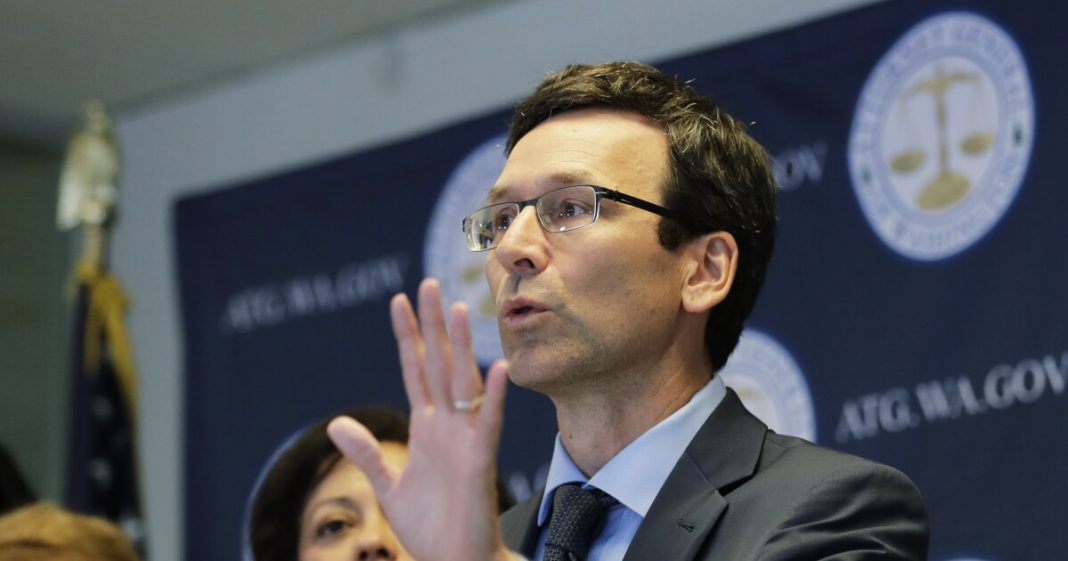 
A Christian university in Seattle is suing Washington State’s attorney general, alleging religious discrimination, because of his efforts to investigate the institution’s anti-LGBTQ employment policy.

According to the complaint, Attorney General Bob Ferguson, a Democrat, notified Seattle Pacific University on June 8 that his office was requesting internal information and communications about the policy, which has been widely criticized by Seattle Pacific students and faculty members, and drawn national attention in recent months. The policy expects university employees to refrain from “cohabitation, extramarital sexual activity, and same-sex sexual activity.”

Students at the university have been protesting the policy for a year and a half, and this summer they held a sit-in for more than a month outside the interim president Pete C. Menjares’s office. But university leaders have refused to change the policy. Student activists said this month that they planned to sue Seattle Pacific’s Board of Trustees for “breach of fiduciary duty,” arguing that the policy has hurt the university’s reputation and, accordingly, the value of their degrees.

Seattle Pacific is affiliated with the Free Methodist Church of North America, which passed a resolution this year that directly affects the university. The resolution states that if a university changed its employment policies to be incompatible with the church’s teachings on sexual conduct, it would lose its affiliation with the church.

The university’s lawsuit, filed this week in the U.S. District Court in Tacoma, Wash., argues that the Free Methodist Church would cut ties with Seattle Pacific if it changed the policy, whether voluntarily or “under compulsion of law.”

“This would result in the loss of a religious affiliation that has existed for over 130 years,” the complaint states. The 3,400-student university was founded in 1891.

By threatening that relationship with the Free Methodist Church, the complaint argues, Washington State’s attorney general is violating the First Amendment’s protection of religious freedom. Lori Windham, senior counsel at Becket Law, which is representing Seattle Pacific in the case, said Ferguson had “singled out” the university because of its Christian beliefs.

“The attorney general is wielding state power to interfere with the religious beliefs of a religious university, and a church, whose beliefs he disagrees with,” the complaint states. “He is using the powers of his office (and even powers not granted to his office) to pressure and retaliate against Seattle Pacific University.”

“For years, American courts have been clear that external officials cannot dictate how religious institutions live out their faith commitments,” Windham said in an email to The Chronicle. “Our laws protect religious universities from unlawful demands by governmental officials.”

Reached for comment, a spokesperson for the attorney general referred The Chronicle to a statement saying that Ferguson’s office did not “prejudge whether Seattle Pacific University’s employment policies or its actions are illegal,” and is committed to upholding a Washington law prohibiting discrimination.

“The lawsuit demonstrates,” the statement says, “that the university believes it is above the law to such an extraordinary degree that it is shielded from answering basic questions from my office regarding the university’s compliance with state law.”

Previous articleShe Was Denied Tenure at Harvard. But She’s Not Done Fighting for Change in Academe.
Next articleUniversity Refuses to Fire Professor Accused of Saying Black Children Learn Better by Chanting, Singing
- Advertisement -