A U. of Minnesota Regent Asks if One of the System’s Campuses Is ‘Too Diverse’ 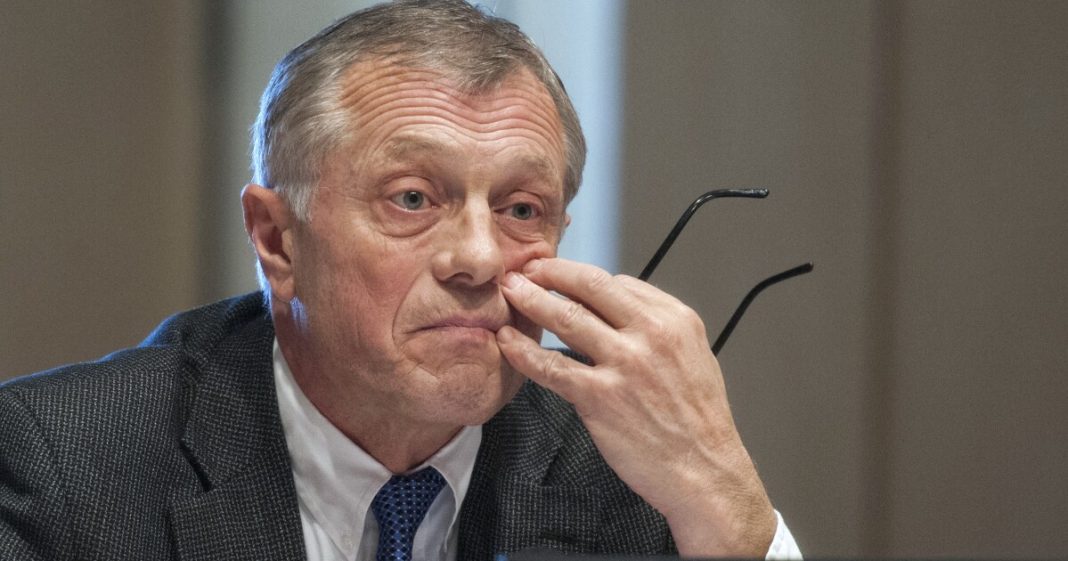 
A University of Minnesota regent is drawing fire after asking in a public meeting whether one of the system’s campuses is “too diverse.”

Steven A. Sviggum, vice chair of the board, posed the question about the Morris campus during a board committee meeting last week.

“I have received a couple letters, two actually, from friends whose children are not going to go to Morris, because it is too diverse of a campus. They just didn’t feel comfortable there,” Sviggum said. “Is it all possible, in the specifics of Morris, that we’ve become too diverse for a student to attend?”

The comment came amid a discussion of declining enrollment on the Morris campus, which is approximately two-and-a-half hours from the system’s flagship Twin Cities campus. Morris enrolled 1,024 undergraduates this fall, a 14-percent decline from a year ago. That number also marks a 44-percent drop in enrollment, compared with 2011-12, according to system data. (While enrollment at the Twin Cities campus has been stable in the last decade, the system’s other regional comprehensive campuses in Crookston and Duluth have seen declines, though none as profound as Morris’s.)

Meanwhile, Sviggum told The Chronicle, the share of underrepresented students at Morris has risen by about 40 percent.

“I’m not making the connection” between declining enrollment and increased diversity, Sviggum said. “I just simply asked the question,” he said, adding, “Don’t shoot the messenger.” Any judgment about the possible correlation between diversity and enrollment, he said, would need to be balanced with an assessment of tuition costs at Morris and at other nearby campuses. “Everything has to be brought together in a balance.”

While he’s not asserting that a correlation exists, Sviggum said, “We have to at least ask the question. I don’t think there’s any program or any policy, politically correct or not, that is above questioning in the public sphere.”

Janet Schrunk Ericksen, acting chancellor of the Morris campus, responded to Sviggum in the meeting, saying that she’d recently met with members of the campus’s Black Student Union. “I think that they would be shocked that anyone would think our campus was too diverse,” she said. “They certainly feel, at times, isolated where they are located. So the answer is from that perspective, no.” She added that complaints that Morris’s diversity would make the campus feel uncomfortable “would surprise me.”

“I could show you the letters,” Sviggum told Ericksen. (Asked by The Chronicle if he could share the letters, Sviggum said they were sent over a year ago and that he no longer had them. If he did, he said, he would not share them in order to preserve confidentiality.)

A Morris spokesperson said that Ericksen was out of the office and not available to comment.

‘Our diversity is a strength’

Kendall J. Powell, board chair, said in a statement that Ericksen’s comments during the meeting “strongly resonate with me.”

“Our diversity is a strength, it creates opportunity, and it opens the door for many more who have been historically excluded from the economic and other benefits of higher education,” Powell wrote. “This Board has been a strong supporter of the diversity efforts of this administration, whether in employment or student enrollment.”

Also challenging Sviggum’s remarks during the meeting was fellow regent Darrin M. Rosha. “I would be quite surprised that a student would have a legitimate concern about feeling somehow out of place,” Rosha said, describing Morris as a “heavily white community.” (According to U.S. Census data, the city of Morris is 86.8 percent white.) “But even if they do,” Rosha continued, “I can really think of no better experience than for them to be in a heavily diverse community, to understand that that shouldn’t matter and they should feel welcome.”

Dylan Young, president of the Morris Campus Student Association, told KSTP that minority student groups he’d spoken to were “outraged” by Sviggum’s remarks. “My initial reaction is to question, What does ‘too diverse’ mean? What percentage of the student body do we reach before we decide it’s too diverse?” he told the station.

Young, a member of the Rosebud Sioux tribe, wrote in a letter to Sviggum that his association with the Native American community on campus has been a key part of his college experience. “While the diversity at the University of Minnesota, Morris might make some prospective students uncomfortable, I reckon that it has the exact opposite effect on a far greater number of students,” Young wrote in the letter, which was co-signed by more than 200 student organizations and individuals. In the message, which he shared with The Chronicle, Young invited the regent to visit the Morris campus and have dinner, an invitation he said Sviggum accepted.

Sviggum, a Republican and former speaker of the Minnesota House of Representatives, acknowledged several times during the meeting that his remarks might put him “on thin ice.” But, he said, “I needed to say it, and I have the freedom to be able to do so.”

In an interview with The Chronicle, he said that he supports DEI efforts in the system and that his question wasn’t intended to impugn them. “Those that inferred that in the question, I’m sorry for that. But that’s other people’s inferring, not comments or statements that I made,” Sviggum said. Nor, he added, was the question intended to be racist.

The “ruckus” his remarks have caused, Sviggum said, “is indicative of the extremism that exists within our society.”

Previous articleMost Americans Oppose Laws That Curtail Professors’ Classroom Speech
Next articleTechnology that lets us speak to our dead relatives has arrived. Are we ready?
- Advertisement -