After Having His Own Flight Cancelled, Transportation Secretary Pete Buttigieg Finally Decides to do Something About Cancelled Flights 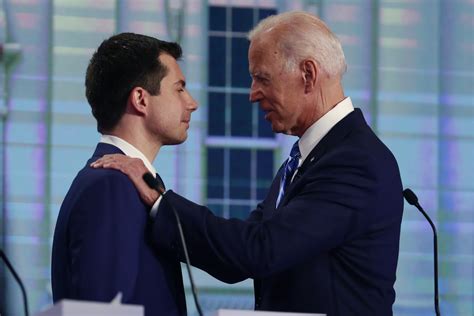 
After having his flight canceled this past weekend, Mayor Pete decides to do something about canceled flights.

Mayor Pete, Biden’s Transportation Secretary who knows little about transportation, has to date been an abysmal failure.  He was and is nowhere to be found when addressing the supply chain issues this country has incurred since the Biden gang took over.

Where are Secretary of Transportation ‘Mayor Pete’ and Joe Biden as Hundreds of Ships Sit Anchored Off Shore Around the Country?

Mayor Pete took paternity leave instead of dealing with the above crisis.  The Biden gang put in his place someone equally as unqualified.

TRENDING: BREAKING: Run on the Banks in China – Long Lines in Henan, Shanghai, and Dandong

The day after Transportation Secretary Pete Buttigieg met with airline leaders to quiz them about widespread flight disruptions, his own flight was canceled and he wound up driving from Washington to New York.

“That is happening to a lot of people, and that is exactly why we are paying close attention here to what can be done and how to make sure that the airlines are delivering,” Buttigieg told The Associated Press in an interview Saturday.

Buttigieg said his department could take enforcement actions against airlines that fail to live up to consumer-protection standards. But first, he said, he wants to see whether there are major flight disruptions over the July Fourth holiday weekend and the rest of the summer.

HotAir described Biden’s Secretary of Transportation’s actions over the weekend.

Much the same as the situation with the way Joe Biden and Jennifer Granholm are struggling to deal with fuel shortages and gas prices, we appear to have a Transportation Secretary who is attempting to tinker with a huge industry while having no idea how it actually works. Simply “ordering” the airlines to make all the flights take off on time and threatening them with fines isn’t going to fix the current crises that the airlines are facing. What it’s going to do is cause them to simply start canceling even more flight routes in advance. That means that when you’re trying to book a flight this summer, there either won’t be any seats available or you’ll be paying a lot more if you manage to find one.

These people have no idea what they are doing but they sure know how to mess things up.  Biden’s vaccine mandates led to the pilot shortages in the US which are to blame for the canceled flights.  Biden’s energy policies make gas and oil much more expensive which has an impact on transportation as well.

Get ready for more flight delays and cancellations because Biden’s team has no idea how to get out of the way.

Previous articleQ&A: Bringing eating disorder treatment into the home
Next articleDr. Fauci: When You’re in an Indoor Setting, You Should Wear a Mask Even Though the Whole World, Including the US and UK Are Worn Out and Tired (VIDEO)
- Advertisement -