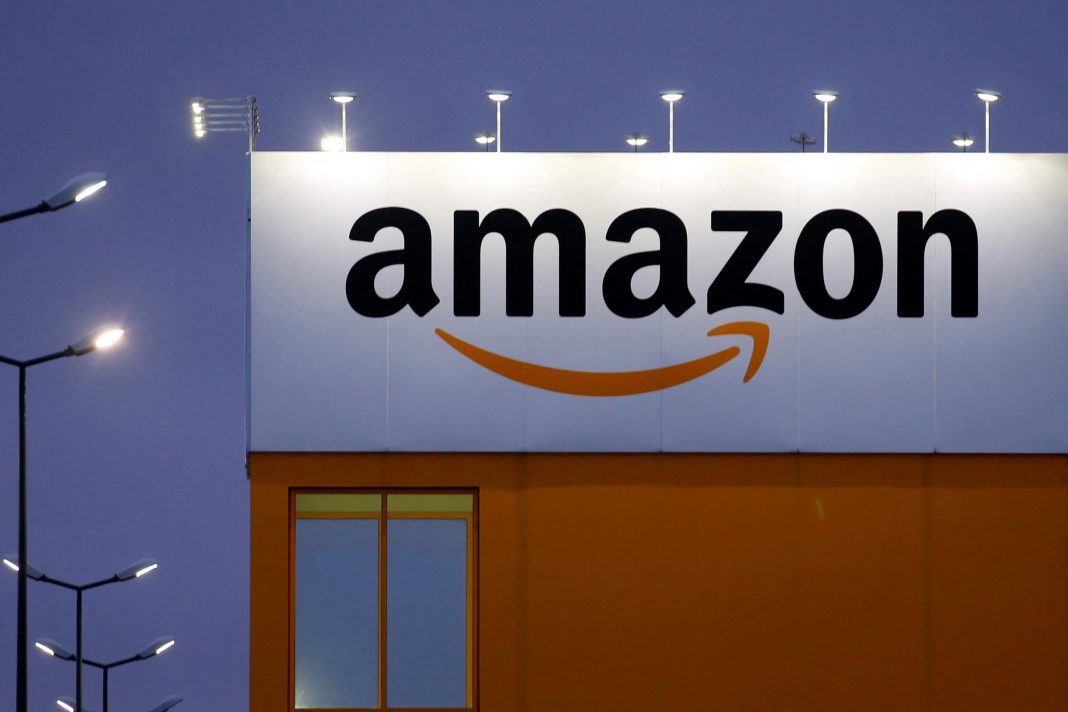 The Amazon logo is seen at the company logistics center in Lauwin-Planque, northern France.

Amazon’s stock price would have closed today at a split-adjusted price of $139.28. Just as with Alphabet, Amazon’s stock split makes the e-commerce giant’s stock more palatable as a component in the price-weighted Dow Industrials. At the split-adjusted price, Amazon would have the 12th-smallest weighing among the 30 stocks, which would put it right in the middle of the pack — an identical weighting to Walmart. But unlike Walmart, which is a Consumer Staples stock, Amazon is in the Consumer Discretionary sector.

Perhaps the Dow index committee may consider giving Walgreens the boot from the index as that company reevaluates its Boots unit. And although Walgreens is a Consumer Staples stock, replacing it with Amazon would still give the consumer retail good representation. Walgreens is the second-least-influential stock in the price-weighted index, sitting at $48.

On top of Alphabet and Amazon, Nvidia could be waiting in the wings too. The chipmaker split its stock 4-for-1 back in July, and its price is now sitting at $230. If added to the index, Nvidia would have the sixth-largest weighting in the Dow – far more than the Dow’s least impactful stock, fellow competitor Intel, which is sitting under $48.

Other techs that could remain vulnerable include Cisco, the fourth-least-influential stock in the index, and IBM, which has the eighth-smallest weighting and has now completed the spin-off of its Kyndryl-managed infrastructure unit.

The last major tech company to join the Dow was Apple, which was added in March 2015, a mere nine months after completing a 7-for-1 split, the fourth split in its history. (It since completed another 4-for-1 split in 2020.)

It’s over to you now, Dow committee…

Previous articleApparently We’ve Been Contouring All Wrong, But TikTok’s New Contour Filter Will Help You Get It Right – E! Online
Next articleMorgan Stanley upgrades Chinese TikTok rival and predicts over 60% in share price gains
- Advertisement -