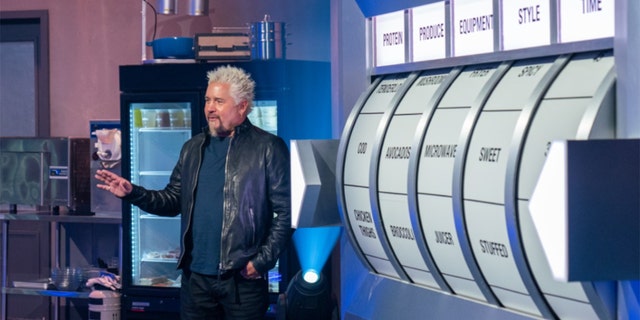 Guy Fieri might have a lot on his plate these days, but he’s having a blast.

The “Mayor of Flavortown” is back hosting “Tournament of Champions III” on The Food Network and Discovery+, bringing to small screens a “supersized” version of the iconic culinary competition with double the chefs and double the battles.

Season 3 features 32 of the nation’s most talented chefs battling for the largest prize in the tournament’s history: $100,000.

In an interview with Fox News Digital, Fieri discussed the fun, competitive nature of the show, which he created and produces. Noting that it’s a particularly devastating time to turn on the TV given the Ukraine-Russia conflict, he believes”Tournament of Champions III” can bring some lightheartedness to people’s days and remind us all that food brings the world together.

“Well, it’s a very sad time for the world. That is to not be taken lightly. I hope that Tournament of Champions, as all the shows we do on The Food Network, everything is positive-based and good energy-based. Food is the common denominator of all people. We all come together and celebrate with food no matter who you are or where you’re from,” the celebrity chef shared.

The TV star, perhaps best known as the host of “Diners Drive-Ins and Dives,” said he hopes the series inspires people to get creative in their own kitchens.

The new season is bigger and better than ever before. The bracket-style tournament shows chefs – or “culinary athletes” as Fieri calls them – from the East and West coasts spinning the “randomizer,” a wheel that determines each cook off: the protein, produce, equipment, cooking style, and time.

Years in the making

Fieri’s not only the face of the show, he’s also the reason it exists. He pitched the concept around for nearly three years before it was greenlighted by the network.

“It took a long time to sell it to the network. Then once we got pitched it was me trying to explain to my chefs, my brothers and sisters, that this was something they needed to do. They think you’re crazy. Season 1 was awesome. Season 2 was incredible. You know, we were dealing with the pandemic,” he reflected.

Season 3, however, expanded in a big way, he said. Not only did the number of chefs from Season 2 double for Season 3, but the money prize is its biggest yet.

“What it is about is celebrating all the big chefs, the competitors. They are really legends of the griddle. It’s at-your-seat stuff,” Fieri added.

The spiky-haired chef promised viewers will finish watching the series with some new chefs to keep an eye on for inspiration.

“You got some names and some people coming up that you haven’t met yet, and you haven’t had a chance to see a lot of in a primetime capacity. You’re going to get to learn about them and you’re definitely going to have some new chef idols. There’s  some mindblowing moves and great people,” Fieri dished.

“Tournament of Champions III” premiered on Food Network and Discovery+ on Sunday, Feb. 27 and concludes on Sunday, April 17 at 8 p.m. ET/PT. Only one chef will emerge as the champion.