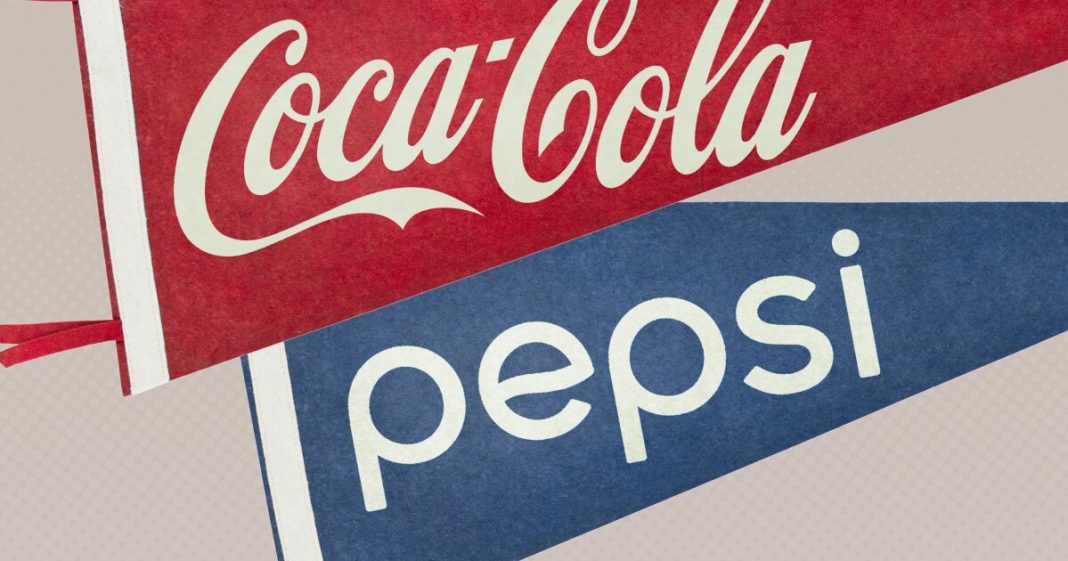 
At the University of Florida, all Pepsi drinks must be served in Pepsi-approved cups, which are usually branded, although plain glasses are OK for catering. At Arizona State University, athletes, coaches, and entertainers performing on campus may publicly consume only “limited” amounts of non-Coca-Cola drinks and only if they hide the name of the other brand. Milk may not immediately leap to mind as a competitor to soda, but Rutgers University nevertheless has a rule about it. Milk can be sold on Rutgers’ campus only if it’s fresh and unbranded.

These are some of the strings attached to each university’s contract with soda giants Coca-Cola or Pepsi. Colleges have signed so-called pouring-rights contracts with soda companies since the 1990s, exchanging promises to advertise and sell a company’s drinks in return for hefty cash payments and other perks. But it has always been difficult to tally just how prevalent such agreements are and what their specific terms tend to be. Now, a new study offers one of the most comprehensive looks yet at pouring rights at the United States’ largest public universities.

It turns out that soda marketing agreements are almost ubiquitous at big state colleges. One of the most common terms they have are simple sales incentives: 95 percent of contracts that researchers analyzed rewarded colleges for selling more drinks or penalized them for not meeting a minimum sales quota, or both.

“That’s very concerning to us,” said Eva Greenthal, an analyst at the Center for Science in the Public Interest and the lead author of the study, which published online last month in the Journal of American College Health. “Contracts that create environments where the university stands to benefit financially through successful marketing that leads to increased sales is really problematic and puts the campus community’s health at risk.”

On average, these marketing agreements pay large colleges about $930,000 a year. Administrators who oversee them say the benefits are worth the restrictions.

“When you look at the overall value, it’s tens of millions of dollars over 10 years,” said Nichol Luoma, vice president for business services at Arizona State, whose contract is worth nearly $3 million annually. “We use that to make sure our athletics can offer all appropriate sports activities. The money goes to fund things around student engagement, programming, activities, and something we call Changemaker. So, you know, it’s part of our funding mechanism to offer our students a very holistic experience on campus.”

A Comprehensive Look at Soda Contracts

To get a sense of how widespread pouring-rights contracts are, Greenthal and some colleagues from the Center for Science in the Public Interest, an advocacy group, worked with researchers of health behaviors from Johns Hopkins University. The group submitted public-records requests for pouring-rights documents from all 143 institutions listed by the National Center for Education Statistics as four-year publics with at least 20,000 students, as of May 2019.

One hundred and twenty-four institutions, or 87 percent, returned qualifying contracts. The remaining either didn’t have pouring-rights contracts or argued that they didn’t have to disclose their contracts under state transparency laws.

Within the University of Minnesota system, athletes can only drink sports beverages like Gatorade in nonpublic places, out of nonbranded containers. Wherever the university sells its own branded bottled water, it has to offer up an equal amount of Coke-owned water. Arizona State’s agreement even mentions department meetings. For those, it’s all right to buy non-Coke drinks at Costco, for example, so long as the university sends out a message “notifying campus users of this agreement and encouraging them to use company beverages” annually, at most.

Not all the contracts had provisions so granular and creative. Instead, in general, the contracts relayed broad marketing rights. More than seven in 10 agreements gave Pepsi or Coke the right to be called an “official sponsor” or “official beverage” of the university. Almost nine in 10 gave a soda company the right to use university trademarks in advertising. And 95 percent rewarded colleges monetarily for selling more drinks or penalized them for not meeting a minimum sales target, or both.

During the first two years of the pandemic, Arizona State got about two-thirds of its $2.3 million annual sponsorship fee, Luoma said, because clauses in its agreement let Coke negotiate its payments to the university if the campus closes, sales fall, and not all home games are played.

Public-health researchers who were not involved in the study agreed with Greenthal’s stance that such contracts are bad for campus health. They pointed to studies showing that people who drink more sugary drinks are more likely to get Type 2 diabetes and high blood pressure, which is a risk factor for heart disease. Does making soda harder to buy help people to drink less? The evidence on that question is somewhat less certain, but public-health scientists agree that marketing sugar-laden beverages on campus is not a good idea, especially when fees are tied directly to sales.

“We know from behavior-change research that incentives work,” said Lucas Carr, an associate professor of health promotion at the University of Iowa, who didn’t work on the study. “We shouldn’t have contracts with products that are causing us to get sicker.”

Luoma and Eddie Daniels, assistant vice president for business services at the University of Florida, both said they’re OK with the consequences if soda consumption drops on campus. Daniels said he would be “very surprised” if Florida were ever to make an advertising push to ensure it met its sales goal of 2.7 million cases of Pepsi products faster. “I personally would not be a part of that,” he said.

Florida’s contract has no option for not meeting the sales quota. The university has pledged to sell that much, no matter how long it takes, although sponsorship and advertising fees and commissions from Pepsi cease after 2025. The overall contract is worth about $1.9 million annually, according to researchers.

University leaders may have initially signed these agreements with the idea that they’re creative sources of revenue, as The Chronicle reported in 1994. In the researchers’ data set, which encompassed all contracts that were active at some point in 2018 or 2019, the oldest contract had a start date of 1997. Since then, however, the scientific consensus and public attitudes about soda have changed.

First there were the studies linking sugary drinks with weight gain and then with Type 2 diabetes, which gathered steam in the mid-2010s. Americans got the message that soda is bad and started drinking less.

Then came the revelations that the Coca-Cola Company funded research to distract from the growing scientific consensus about sugary drinks’ health effects. Articles and books started talking about “Big Soda,” drawing parallels between drink-makers and another industry infamous for bending science to its marketing needs — Big Tobacco.

Meanwhile, over the last generation, pouring-rights contracts have gone from campus novelty to standard practice, at least for the big public universities.

Greenthal and the outside public-health researchers The Chronicle interviewed hope that students and faculty members will push administrators to end their soda marketing agreements. But many campus community members might not even be aware that pouring-rights contracts exist. Or they’ve gotten used to them. Back in 1994, The Chronicle interviewed the professor who had been chair of the faculty senate at the time Pennsylvania State University signed its first Pepsi agreement. “There was concern among faculty that we were accepting an entrepreneurial model, essentially selling our name,” he said. Two years later, he said, the concern had faded, The Chronicle reported.