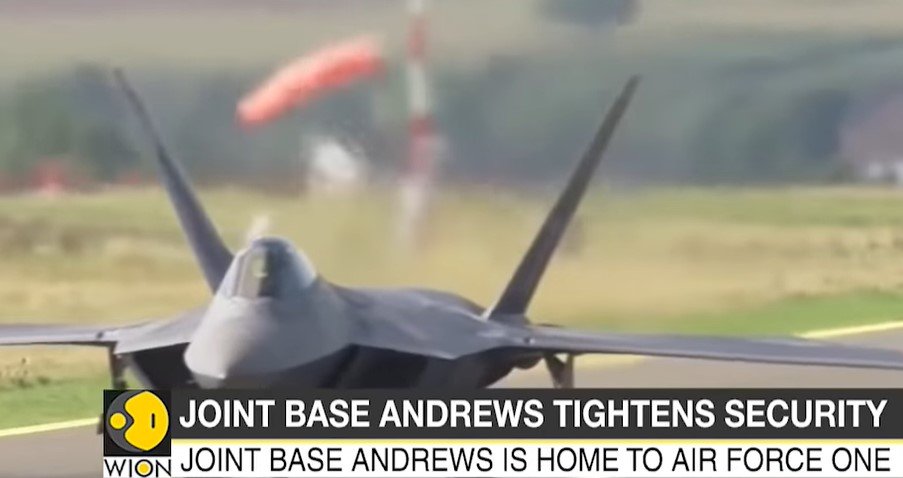 
Joint Base Andrews near Washington, D.C. was placed on lockdown early Monday morning due to reports of an active shooter.

Guards stopped a shuttle of reporters at the base where Air Force One takes off, according to local reporters on the scene.

The incident took place as Kamala Harris was returning back to Washington DC from Selma, Alabama.

ALL KEY INFO IN ONE TWEET (since seeing stuff reposted out of context)
-Joint Base Andrews is on lockdown due to armed individual
-VP & several cabinet officers had just landed here after trip to Selma but all are off base safely
-Still waiting on clear info re: scope of this

TRENDING: “Should Be Ashamed of Themselves” – Arizona Republicans Get Caught – Rebuke Trump and Change Rules on Precinct Committeemen (VIDEO)

An armed 17-year-old intruder was arrested at the base after he and another individual drove through the checkpoint.

Update on the armed intruders in Andrews Air Force Base near Washington DC. One person in custody, identity not divulged, one still at large. Vice President and 4 cabinet secretaries were present at base, all are safe n secure. https://t.co/R0x7MkqYSb

CBS News reported:
An armed 17-year-old male was arrested at Joint Base Andrews on Sunday night after he and another individual drove through a security checkpoint at the installation’s main gate, prompting a lockdown at the base.

The incident took place as Vice President Kamala Harris and four members of President Biden’s Cabinet arrived back at the Maryland base from a trip to Selma, Alabama, to commemorate the 57th anniversary of Bloody Sunday.

Harris and second gentleman Doug Emhoff left Joint Base Andrews aboard Marine Two, though it’s unclear whether the base was put on lockdown before or after their departure. The White House confirmed the Cabinet members traveling with the vice president — Education Secretary Miguel Cardona, Transportation Secretary Pete Buttigieg, Housing and Urban Development Secretary Marcia Fudge and Environmental Protection Agency Administrator Michael Regan — were safely off the base.

The second intruder is still on the loose. Details are forthcoming.
You’d think this would be a bigger story.

Joint Base Andrews reports that they detained one armed 17-year-old after an incident at the gate in a stolen vehicle. Another fled.

Many don’t realize the high levels of criminal violence in Prince George’s County, MD where JBA is located outside DC