As Race-Conscious Admissions Policies Go Before the Supreme Court, Here’s What 6 Experts Are Listening For 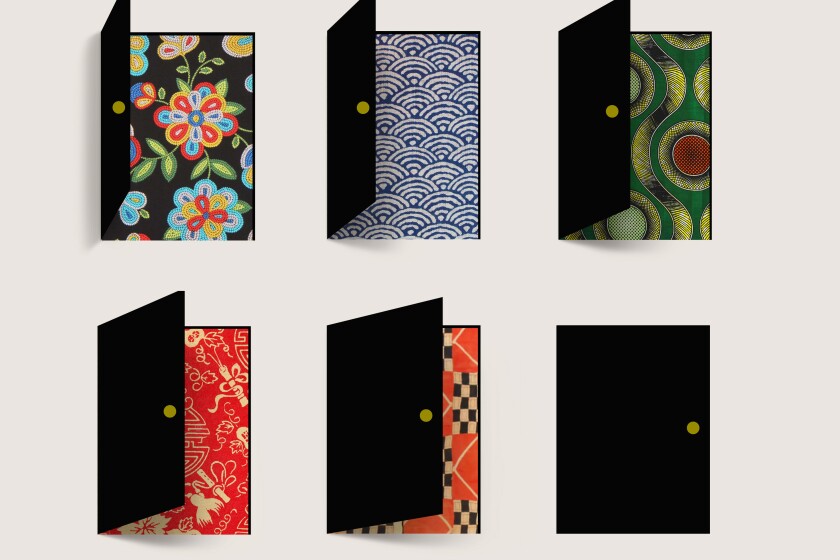 
The U.S. Supreme Court will hear arguments on Monday in two cases that challenge colleges’ consideration of race in admissions decisions — one against Harvard College, the other against the University of North Carolina at Chapel Hill. The outcomes of the cases, which have been making their way through the court system since 2014, could decide the fate of race-conscious admissions in America. Legal observers believe that the now-conservative court may seize the opportunity to end the practice altogether.

The Chronicle asked six legal and higher-education experts to share one key thing that they will be watching for during the arguments on Monday and to explain why that could be pivotal. These are not predictions but informed thoughts from people who have been watching the cases for about nine years.

Liliana M. Garces, a professor of educational leadership and policy at the University of Texas at Austin, who studies how legal and education systems shape educational opportunity.

These cases represent a conflict in America over how to address racial discrimination and promote equal access and opportunity in higher education. I’ll be watching for how the justices debate this question as they consider how to interpret the Equal Protection Clause of the 14th Amendment to the U.S. Constitution.

A special report on the imperiled future of race-conscious admissions.

For 44 years, the court has interpreted the Equal Protection Clause to allow for a limited consideration of race in admissions so that postsecondary institutions can promote educational opportunity and maintain racially and ethnically diverse campuses that are critical for their educational mission and for sustaining the health of our democracy. That’s an approach that says: We promote equal access and address racial discrimination — not by ignoring race, but by understanding how it shapes educational opportunity. The plaintiffs in these cases are asking the justices to change that interpretation under the fallacy that being conscious of race in admissions is the same as racial discrimination.

OiYan Poon, a visiting professor of education at the University of Maryland at College Park and co-author of Rethinking College Admissions: Research-Based Practice and Policy.

I will be listening for how the justices and attorneys talk about Asian Americans in relationship to other students and people. Ed Blum and SFFA [Students for Fair Admissions, the plaintiff] are banking on the justices and the public to believe racist stereotypes about Asian Americans, Native Americans, African Americans, and Latinx people. Some think of Asian Americans as stereotypically and universally hardworking and book-smart, and other students of color as not being intelligent and hardworking — all flattened and dehumanizing concepts of who people are. We are all complex individuals whose educational journeys have been shaped by different local, social, and economic contexts.

Joshua Dunn, a professor of political science and director of the Center for the Study of Government and the Individual at the University of Colorado at Colorado Springs.

Of the two cases, I think Harvard has a better chance, although still a small one, of winning. To do that, they will have to peel off two conservative votes, so I’m going to closely watch how their counsel tries to persuade some of the conservative wing that they are not engaging in pernicious discrimination, or how even if that bloc has concerns about Harvard’s policies, that they should be more concerned about empowering greater federal control of private institutions. For the former, that will require them to, I think, do better than their briefs do at explaining why Asian American applicants consistently receive lower “personal ratings” compared with other groups.

The court struck down Michigan’s undergraduate admissions program in Gratz v. Bollinger because it was too “automatic” in awarding points to applicants from historically underrepresented groups. The personal ratings will likely strike the conservatives as being suspiciously automatic. For the latter, Harvard could try to appeal to the longstanding worries of conservatives about the homogenizing and centralizing effects of imposing national policies on private institutions. This, however, would require them to make arguments uncomfortably similar to the original opponents of the Civil Rights Act of 1964. But in the end, it might be their best hope.

Art Coleman, managing partner at EducationCounsel LLC and a former deputy assistant secretary in the U.S. Department of Education’s Office for Civil Rights.

I’m very interested in whether any member of the court elevates the issue of what, precisely, is on the table as the court considers the big question presented in these cases: whether higher-education institutions can continue to “use race as a factor in admissions.” Specifically, there is a potentially important distinction to be made between considering the racial status of an applicant and their identity — an applicant’s authentic, lived experience and perspective, evident through holistic review. (Even SFFA has said that applicants should be able to describe their experience of “overcoming discrimination” to which they’ve been subject.) As many amici [the friend-of-the-court briefs] representing higher-education organizations and institutions have explained, it is impossible to credibly conduct an authentic, complete holistic review of an applicant (regardless of their race) if that applicant cannot tell their full story, which may include facets of their background and interests associated with or informed by their racial or ethnic identity.

If this court is inclined to be directionally sympathetic to SFFA’s major ask — that it reverse decades of court precedent regarding the consideration of race in admissions to advance diversity interests — will there be limits and lines to be drawn that expressly preserve the integrity of holistic review, as described above, consistent with core, conservative constitutional principles?

Kimberly West-Faulcon, a professor of law at the Loyola Law School in Los Angeles, who researches constitutional law and antidiscrimination law.

Since I do not expect many surprises in how the court splits on the constitutional interpretation of the Equal Protection Clause in the UNC case, I will be paying closest attention to whether the ruling in the SFFA v. Harvard case could further erode the efficacy of Title VI of the Civil Rights Act of 1964, which allows federal agencies to combat race discrimination by freezing federal funding to programs that exclude, deny benefits, or discriminate on the basis of race. Because I suspect there are several justices who wish to do to Title VI something similar to what the Supreme Court did in Shelby County v. Holder, when it gutted a key provision of the Voting Rights Act of 1965, I will be paying particular attention to whether any of the right-leaning justices seem interested in reinterpreting Title VI in the Harvard case.

If the court leaves Title VI untouched, the fallout of this case is a bit more contained to the realm of selective university admissions. If it reinterprets Title VI, I think the future anti-civil-rights consequences of the ruling will reach far beyond who gets selected to attend colleges like Harvard.

For my dissertation I used Critical Race Theory to guide a critical discourse analysis of the U.S. Supreme Court oral arguments for Bakke, Gratz, Grutter, Fisher I, and Fisher II. So, I am very interested in which justices will pose questions to the student intervenors’ counsel and what will those questions entail.

In the previous race-conscious-admissions cases before the Supreme Court, it denied student representation in the oral arguments. I think the students’ advocacy — that will include experiences of students of Asian heritage to maintain race-conscious admissions — could be compelling, especially to the conservative Justice Amy Coney Barrett, who was recently in higher education as a law professor. The court’s composition is different since it heard the Fisher cases, with Justices Ruth Bader Ginsburg and Antonin Scalia — very vocal and on vastly different ends of the constitutional debate — no longer on the bench. I’m most curious as to how Justice Ketanji Brown Jackson will ask questions regarding arguments for a race-evasive approach to race-conscious admissions, because in oral argument for Merrill v. Milligan she recently challenged the dominant race-evasive legal narrative that the Roberts Court has established regarding interpretations of the Equal Protection Clause of the 14th Amendment.

The University of Michigan oral arguments [in the Gratz and Grutter cases] occurred on April Fool’s Day in 2003, I hope Halloween — which I associate with Michael Myers — has no significance for the cases on Monday.