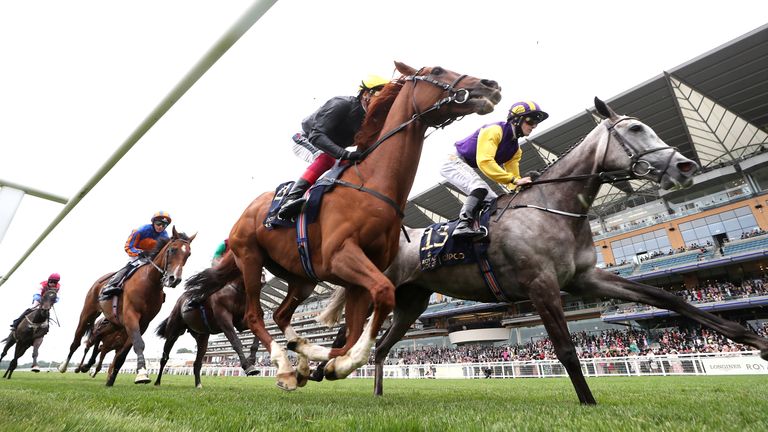 
Tony Mullins’ Princess Zoe is to bypass Dubai and will be aimed towards another tilt at the Gold Cup at Royal Ascot.

Trainer Tony Mullins has decided not to go for the Dubai World Cup at the end of this month following her run in the Red Sea Turf Handicap in Saudi Arabia on Saturday.

The ground in Riyadh was too quick for the seven-year-old mare and, despite being prominent for most of the race, she could not live with the pace in the final quarter-mile and finished down the field behind impressive Japanese winner Stay Foolish.

Mullins intends to give his stable star a prep run in the Vintage Crop Stakes at Navan on April 23 ahead of the Gold Cup, in which she was a fine second to Subjectivist last summer.

“She won’t go to Dubai. I would imagine the plan at the moment is the Vintage Crop at Navan at the end of April and train her then for the Ascot Gold Cup,” said the County Kilkenny handler.

“It won’t be ideal for her, but it’s the only race to suit to give her a run and have her in fine form for Ascot.”

Mullins reflected on Princess Zoe’s run and reported her in good form on her return.

“The ground was too fast for her and she was on top of her head early, but we were afraid if we didn’t have her up handy we might not be able to close,” he went on.

“The ground was just too fast for her and she didn’t get into her comfort zone. She was in great form and it was such a pity it didn’t work out.

“She’s grand. She was very tired when she got home, but there’s not a bother on her.”