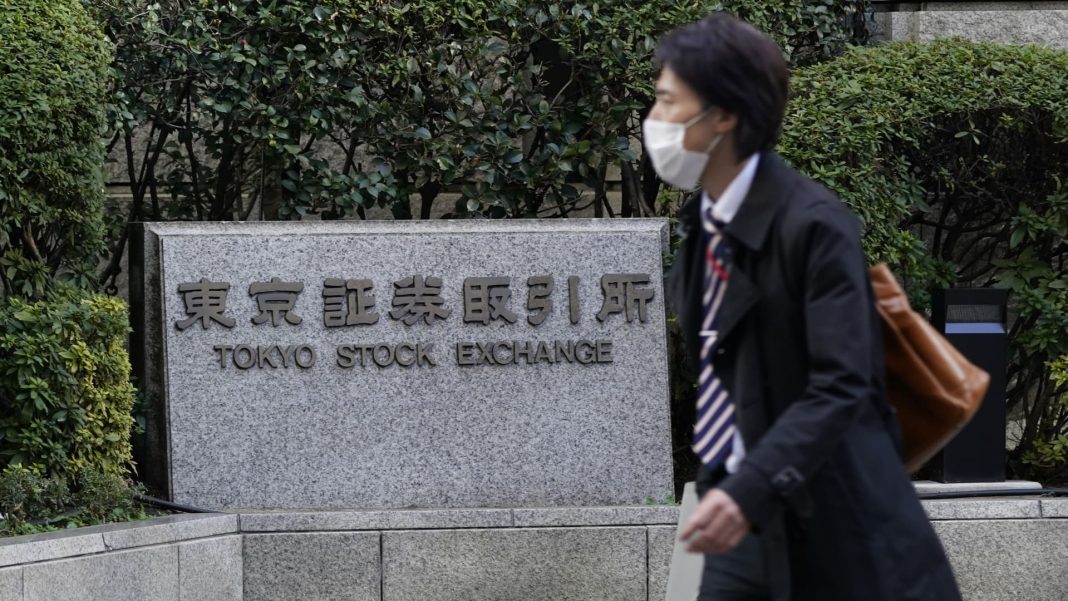 The Nikkei 225 in Japan fell 2.6% while the Topix index shed 2.13%. Japan’s exports rose 12.5% year-on-year in April, data from the country’s Ministry of Finance showed Thursday. That was lower than expectations for a 13.8% increase, according to Reuters.

“On one hand, investors are sort of worried that inflation is going to take hold and hurt earnings, and change the rating on equity markets, which is obviously very damaging for investors. But on the other hand, they’re equally as concerned about growth opportunities,” Konyn, group chief investment officer at the firm, told CNBC’s “Squawk Box Asia” on Thursday.

“As we saw last night, we saw guidance from Target, we’ve seen guidance from Walmart suggesting that margins are under pressure and immediately investors ran for the hills,” he said.

Australia’s seasonally adjusted unemployment rate for April was at 3.9%, data from the Australian Bureau of Statistics showed Thursday.

The Japanese yen traded at 128.47 per dollar, stronger than levels above 129 seen yesterday against the greenback. The Australian dollar was at $0.697 after a recent decline from levels above $0.70.