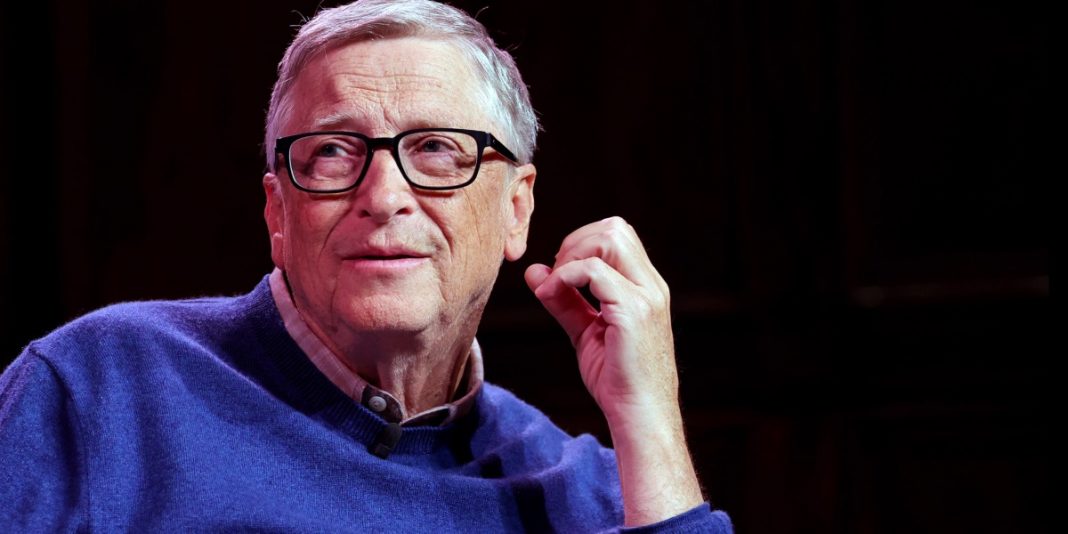 
And yet, this progress hasn’t translated into steep reductions in greenhouse gas pollution. Meanwhile, geopolitical conflicts and global economic headwinds are complicating efforts to keep rising global temperatures in check.

Gates was largely focused on the promising investment and industry trends he has seen. Gates said he and other investors in his initial $1 billion fund, which include the likes of Jeff Bezos and Kleiner Perkins chairman John Doerr, were concerned when they launched in 2015 that they wouldn’t find enough promising startups to invest in. But the firm has now backed more than 100 companies working on long-duration energy storage, meat alternatives, efficient buildings, clean steel, and other means of driving down emissions.

Gates says he is “amazed” by the progress he’s seen across some of the hardest technical challenges of climate change in the past seven years.

Breakthrough Energy closed a second $1 billion fund in 2021, and Gates said the firm plans to “do several more.” It has also expanded its mission beyond investments, pushing policies, creating fellowships and supporting other climate efforts.

Gates noted that venture capital investments in clean energy, which were close to their ebb around 2015, have come roaring back and that the cost of wind, solar and lithium-ion batteries have continued to plummet.

In a subsequent session at the event, US energy secretary Jennifer Granholm trumpeted a trio of new US laws: the Inflation Reduction Act, the CHIPS and Science Act, and the Infrastructure Investment and Jobs Act.

She described them as “gamechangers” that will accelerate the nation’s shift to clean energy and boost the US economy, adding they’ve already begun to spur billions of dollars worth of private capital investments into US manufacturing facilities.

Granholm said the Department of Energy is now working to kickstart the construction of low-carbon hydrogen hubs, grid energy storage projects, and plants that can suck carbon dioxide out of the air, creating a “bridge to bankability” for these emerging industries.