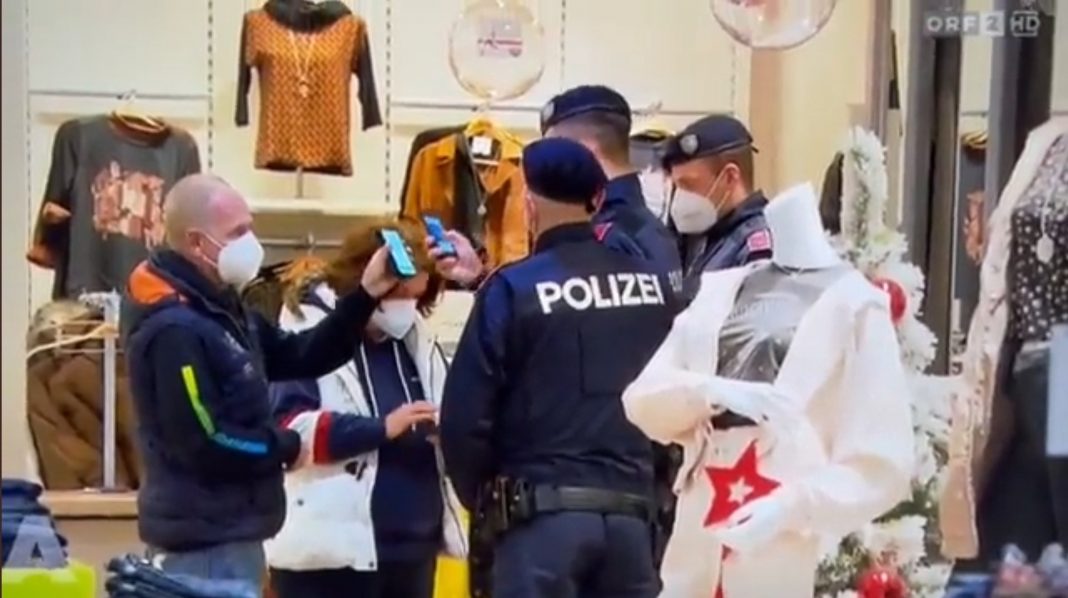 
The Austrian government announced on Wednesday that it would suspend the country’s Covid-19 vaccination mandate for 18 years and older, days before the law becomes effective due to the findings that vaccines were not effective in preventing infections caused by the Omicron variant.

Last month, Austrian President Alexander Van der Bellen imposed new Covid restrictions that require all adults in the country to be fully vaccinated and boosted or risk being fined.

The authoritarian legislation became law in early February and will go into effect beginning March 15th. This law was initially planned to run through January 31st, 2024.

Beginning on March 15th, law enforcement authorities will start checking people’s vaccine status by conducting random traffic stops and spot checks to find dissenters. Anyone caught violating the mandate can be fined “up to four times a year,” with the penalty increasing with each violation. An individual’s first offense will result in a €600 (~$687) fine and can go as high as €3,400 (~$3,890) by the fourth.

According to reports starting on March 15th, authorities will begin conducting random checks for vaccination certificates, including traffic stops.

This was the first of its kind in Europe.

On Wednesday, Karoline Edtstadtler, Austria’s constitutional minister said, “we will suspend the vaccination mandate, in accordance with proportionality.”

The government, however, said Wednesday that it was suspending the mandate at least for now following a report from a commission of health and legal experts. Health Minister Johannes Rauch said the commission will deliver another report within three months and the government will review the situation then.

“It is time now to use the flexibility of this law,” which allows for the mandate to be suspended, said Karoline Edtstadtler, the minister responsible for constitutional matters.

“We came to the conclusion that … we will suspend the vaccination mandate, in accordance with proportionality,” she said. “At the moment, many reasons point to this interference with fundamental rights is not justified; at the moment — because of the dominant variant we see here — we don’t see any need to actually implement this vaccination mandate.”

The mandate was first announced as Austria saw a surge of infections with the delta variant of COVID-19. But the currently dominant omicron variant, while leading to very high infection levels, generally has caused milder illness.

Edtstadler said the mandate may yet be needed.

“I don’t think I need a crystal ball to tell you that today’s isn’t the last chapter we will write regarding the vaccination mandate,” she said.