Berkeley Predicted It Would Have to Slash Enrollment by Thousands. Not So Fast. 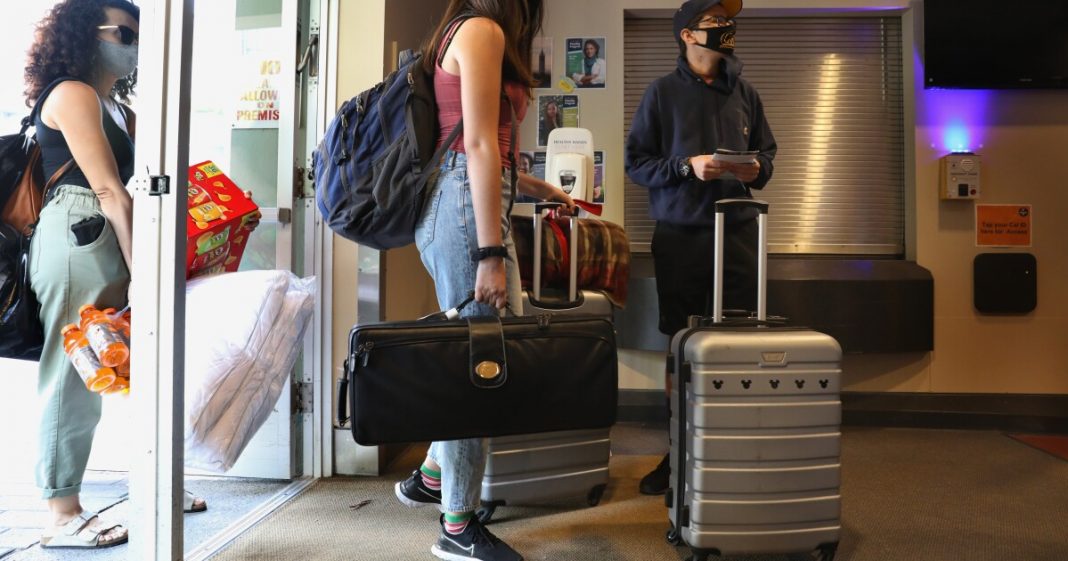 
The warnings were dire. Just weeks before letters of acceptance were scheduled to be mailed, the University of California at Berkeley would have to slash its incoming class by one-third, or 3,050 seats it had planned to fill for the upcoming fall.

The university’s flagship campus predicted a devastating impact on hard-working students who had earned a place at Berkeley. California’s Gov. Gavin Newsom warned on Twitter that “thousands of dreams will be dashed.”

Within days, as the fog over the Bay Area started to lift, the numbers came into clearer focus. Berkeley would be able to accept nearly all of the California applicants it had planned to admit without running afoul of a court order to cap enrollment at 2020-21 levels. But that order, which was upheld by two appeals courts, would require some last-minute compromises that would be painful to swallow.

“Under our mitigation plan, we will offer admission to roughly the same number of new undergraduates as we had previously planned,” Olufemi Ogundele, associate vice chancellor for enrollment and dean of undergraduate admission at Berkeley wrote in an email to The Chronicle on Tuesday. “It is just that a subset will not be offered fall in-person enrollment but rather fall online enrollment or enrollment starting in January with the spring semester.”

So how did the headlines change so drastically?

In the first place, the university’s estimated enrollment cut turned out to be an overestimate. Berkeley officials, who provided their updated predictions hours after the California Supreme Court decision had been released and thousands of students being turned away had been widely reported as inevitable, said a “careful analysis” of the data had led them to a different number. They said their earlier predictions didn’t take into account the number of students who would be physically off campus and wouldn’t be included in the capped fall campus headcount. It was actually 2,629, rather than 3,050 undergraduate on-campus seats that would have to be removed for the upcoming fall.

Rather than slash the roughly 2,600 seats, as it had announced it would have to do, the university decided to offer about 1,000 students the chance to attend Berkeley as long as their first semester was online. Another 635 — mostly transfer students — could come but they would have to defer until spring. Administrators would whittle down in-person enrollment further by clarifying the enrollment status of hundreds of students in off-campus programs and by encouraging students who are taking longer than usual to graduate to finish quickly. In the end, under a mitigation plan that continues to be fine tuned, Berkeley would only end up turning away about 400 students it had planned to admit. Most of those would be graduate students in professional programs.

Four hundred is a far cry from 3,000. Still, the shift, for more than 1,500 undergrads, toward an online fall semester or spring deferral will no doubt be disruptive and disappointing to those who would otherwise have been welcomed in person in the fall. March 24 is the deadline by which the university will be mailing out letters telling students whether they were admitted in person for fall, remote for fall, or in person for January 2023.

Ogundele said he remains concerned about opportunities that will be denied to first-generation students and students of color and that the university is working to avoid disproportionately impacting any particular student population. Around the country, online courses have been particularly challenging to many disadvantaged students who’ve relied on the technology, housing, and support that comes with the on-campus experience.

“These students have had to traverse a pandemic that caused the greatest interruption in schooling in a generation, and they persevered through that,” Ogundele wrote in a response to emailed questions from The Chronicle. “To have this decision limit who we are able to bring in is a true disservice to those students, their families, and their dreams for the future.”

He added that he’s confident, given what the university learned about online education during the pandemic, that students will be well served. Last week, deans added additional online courses to accommodate the influx of students this fall.

The enrollment changes became inevitable when the California Supreme Court last week affirmed a lower court’s order that Berkeley freeze enrollment at 2020 levels, which were already low because of the Covid-19 pandemic. The case stemmed from a lawsuit filed in 2019 by a group called Save Berkeley’s Neighborhoods. It argued that Berkeley hadn’t adequately considered how its enrollment growth in recent years has affected housing prices, as well as traffic, crime, and noise in surrounding neighborhoods.

The group’s president, Phil Bokovoy, accused the university of exaggerating the impact of an enrollment cap by warning up until last week that thousands would be turned away. The university knew that moving some students online or taking other mitigation strategies were options, he said. “This wasn’t a light-bulb moment.”

Last week, the neighborhood group offered what it called partial relief from the “enrollment pause” to allow Berkeley to accept 1,000 more students on campus for the upcoming fall — the same number it’s planning to extend online-only offers to. The group’s stipulations were that 90 percent of new undergraduates would have to be California residents, and that the university would have to stay within a 43,347 enrollment cap for the 2022-23 academic year and not fight it in the courts or state legislature.

The university declined, saying enrollment decisions aren’t up to “a small group of litigants.” A Berkeley spokesman, Dan Mogulof, said Berkeley has acknowledged that the university has a housing crisis and that it’s working hard to address it. But he said he doubted the sincerity of the litigants’ offer given how the group has fought the university’s efforts to expand housing.

Berkeley’s revised plan for the upcoming fall already does prioritize in-state residents, who are expected to make up about 90 percent of on-campus freshman. This year, California residents make up 73 percent of the university’s total undergraduates.

“It was really important to us that we prioritize California-resident students over those from outside of the state when it comes to offers for fall in-person admission,” Ogundele said. “We also have, for years, had a pledge to enroll one transfer student for every two freshmen students, and we are committed to meeting that pledge for the fall in-person enrollment.”

The university is also keeping an expanded waiting list in case a legislative fix comes before the May 1 date that most college students select their colleges. One bill supporters are trying to rush through would exempt housing developments at public universities from the kind of environmental-review process the Berkeley homeowners’ suit is based on.