Bethenny Frankel raises $25M in aid for Ukraine: ‘This is major’ 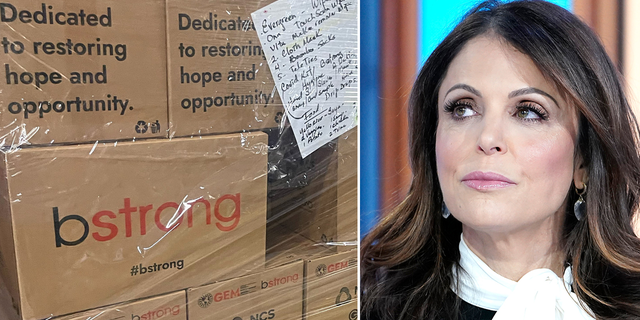 The entrepreneur and “Real Housewives of New York City” alum announced the milestone in a tweet on Friday.

“BSTRONG UPDATE: we have committed 15m in aid & have raised over TEN MILLION DOLLARS in $ donations for the refugee relocation program. This is MAJOR,” the Skinnygirl founder wrote.

BStrong is a worldwide initiative in partnership with Global Empowerment Mission. Over the last week, the “Real Housewives of New York City” alum has been sharing updates on her nonprofit’s urgency to help Ukrainian citizens flee to safety as the crisis escalates.

Just days after Russia first invaded Ukraine on Feb. 24, Frankel told Fox News Digital her team set up a base camp in Medyka, Poland, near the Ukraine border.

“It will be the first of many base camps where we will welcome refugees, connect with them, give them very basic needs, and our crisis boxes are en route,” Frankel said. “It’s $10 million in aid coming, but we will meet what’s mostly mothers and children and relocate them. So, get them on a train or plane and relocate them to friends or family — someplace that’s a safe haven — and give them really basic survival needs for now.”

BStrong launched in 2017 and has seen Frankel and her team immediately assist people in need during major disasters around the world, including in Puerto Rico, Haiti, the Bahamas and more.

Historically, BStrong has provided cash cards to victims of natural disasters, but the group’s focus in Ukraine is similar to the work done when providing emergency response for victims of the Surfside, Florida, condo collapse.

“It used to be that usually we do cash cards so people can have the dignity to do what they want and rebuild their own communities. But, in this case, it’s a different need, like Surfside in Florida, where we wanted to relocate them and connect them with housing or places to be. Here, we’re meeting them at the base camp and saying, ‘Ok what family do you have? What friends do you have? Where are they?” Frankel explained.

Frankel has been documenting her emotions over the Russia-Ukraine conflict on social media. On Friday, she called Russia’s invasion “very unsettling.”

“For people to be victimized at the hands of one man’s obsession with power, is so out of balance. It’s a cautionary tale about society giving/allowing the wrong people to have relevance, fame & power. He who makes the gold makes the rules is a dangerous concept,” she added.

Frankel previously told Fox News Digital that the devastation Ukrainians are facing runs through her mind at night.

“It’s hard at night,” she said. “You just think about it and see the images of tanks running over cars and superficial people posting superficial things and you’re sort of in shock where you’re living in this vortex where this isn’t the only thing going on in the world.

“There are fashion shows and food festivals and a bunch of other things going on that people care about so you get a little frustrated, you get knee-deep in it. We have an amazing community.”

Just a week ago, Frankel said BStrong’s goal was to reach $2 million in donations by Feb. 28.