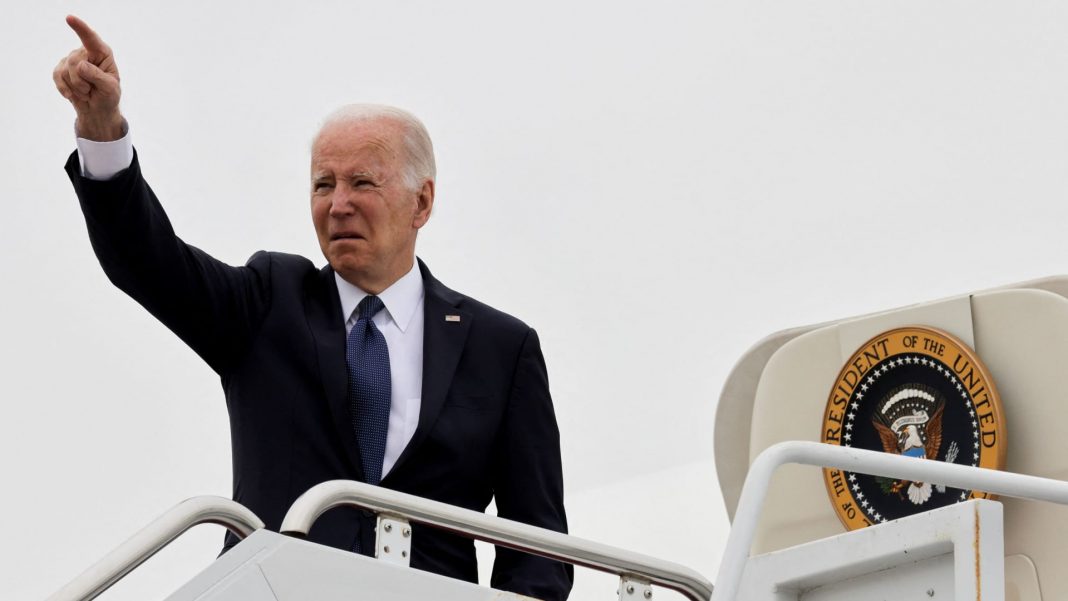 
White House officials and Democratic strategists are privately worrying about how Elon Musk’s $44 billion hostile takeover of Twitter will affect the 2024 presidential election — especially whether the billionaire will allow former President Donald Trump to return to the platform.

Officials within President Joe Biden’s administration are closely watching the deal, according to more than half a dozen advisors to Biden, including two administration officials. Some on Biden’s team are growing increasingly concerned the Tesla CEO will allow Trump and other Republican operatives who were banned from Twitter to return to the platform, these people said, asking not to be identified in order to speak freely about internal discussions among senior Democratic advisors.

Twitter’s board accepted Musk’s offer to take the social media company private, the company confirmed Monday. The deal is subject to shareholder and regulatory approval.

“Free speech is the bedrock of a functioning democracy, and Twitter is the digital town square where matters vital to the future of humanity are debated,” Musk said in a statement included in the press release announcing the deal.

Members of Biden’s inner circle and party strategists are concerned about an increase in misinformation on the platform under Musk’s leadership and ahead of the 2024 presidential election, which could pit Biden against the former president in a rematch, these people said. Former President Barack Obama is among a group of Biden allies privately concerned that Musk’s acquisition of Twitter could lead to a Trump return to the platform, according to a person familiar with the matter.

“Now, Trump will use Twitter to do far more damage to regain power in 2022 and 2024 while Elon Musk has given no indication that he will do anything to stop him,” Mary Anne Marsh, a veteran Democratic strategist, told CNBC.

One strategist close to some of the party’s biggest Silicon Valley megadonors said “it’s not good” for the Democratic Party.

“He’s a great engineer and businessman but I would not trust him with my daughter let alone the millions of people who rely on Twitter for information,” this strategist said of Musk. Democrats could be on the brink of losing both the House and Senate in the upcoming 2022 congressional midterm elections.

Press representatives for Twitter, the White House, Trump and Obama did not immediately respond to requests for comment. Musk didn’t respond to emails from CNBC on the matter.

Trump and those close to him have been continuing to falsely claim that the 2020 election was stolen, despite officials from both sides of the political aisle, including Trump’s former attorney general, Bill Barr, noting that widespread voter fraud did not exist and that Biden won the last election fairly.

Wood, who has said that his properties in South Carolina were meeting spots for those aiming to overturn the 2020 election, told CNBC in a text message he would rejoin Twitter if Trump came back. “I would rejoin only if President Trump rejoined which I think is highly unlikely,” Wood said.

Powell, who pushed numerous false election conspiracies, told CNBC in an email she would consider moving to get reinstated to Twitter if the deal closes with Musk.

“I would consider returning, and I’m delighted someone interested in free speech is interested in reclaiming Twitter in the name of truth and freedom,” Powell said on Monday after Twitter made the official announcement.

Musk has hinted that if he owned Twitter, there would be less content moderation by the company. “I think it’s very important for there to be an inclusive arena for free speech,” Musk said during a recent TED interview. “Twitter has become kind of the de facto town square, so it’s just really important that people have the, both the reality and the perception that they are able to speak freely within the bounds of the law.” Musk tweeted a similar stance on Monday, saying, “I hope that even my worst critics remain on Twitter, because that is what free speech means.”

Trump has said that he won’t rejoin Twitter if Musk were to finalize a purchase, but people close to him say they still expect the former president to move to have his account returned anyway. Alyssa Farah, who used to work in the Trump administration, said in a tweet that she believes Trump won’t be able to resist getting back on Twitter. “From a free speech perspective, I don’t see how you keep him off Twitter,” she said.

One of the people aiming to persuade Trump to get back on Twitter said his allies are encouraging the former president to invite Musk to Mar-a-Lago, his private club in Florida, if Musk is able to close the deal.

Trump launched his own social media start-up, Truth Social, but it’s reportedly running into multiple hurdles, including executive departures and waning sign-ups for the app.

Musk had a close relationship with Trump when he was president, sitting on two of the president’s advisory councils before stepping down as the U.S. pulled out of the Paris climate agreement. Trump later told CNBC that he considers Musk one of the world’s “great geniuses.”

Musk has repeatedly criticized Biden for failing to acknowledge Tesla’s role as a leader in the electric vehicle industry.

“Biden has pointedly ignored Tesla at every turn,” Musk previously told CNBC. The Wall Street Journal reported earlier this year that the Securities and Exchange Commission is investigating whether Musk and his brother, Kimball, violated insider trading rules.

Republican strategists argue that a Musk purchase of Twitter could have a massive impact for their party in 2024. Mike Caputo, a longtime GOP advisor close to Trump, told CNBC the potential buyout by Musk is a “game changer” for Republicans.

Another strategist, who declined to be named, said Republican lawmakers and advisors are “giddy” about Musk’s potential purchase of Twitter, convinced many of their views have been censored by Twitter.

“Republicans have despised Twitter for a long time. The day of reckoning has come,” the strategist said.

A group of 18 House Republicans is asking Twitter’s board to preserve all records related to Musk‘s offer to buy the company, setting up a potential congressional probe should the party win back the majority this fall.

Previous articleWhy Beanie Feldstein Calls Her Broadway Return a “Once in a Lifetime” Experience – E! Online
Next articleJamie Carragher analyses how Liverpool & Man City could slip up in the title race!
- Advertisement -