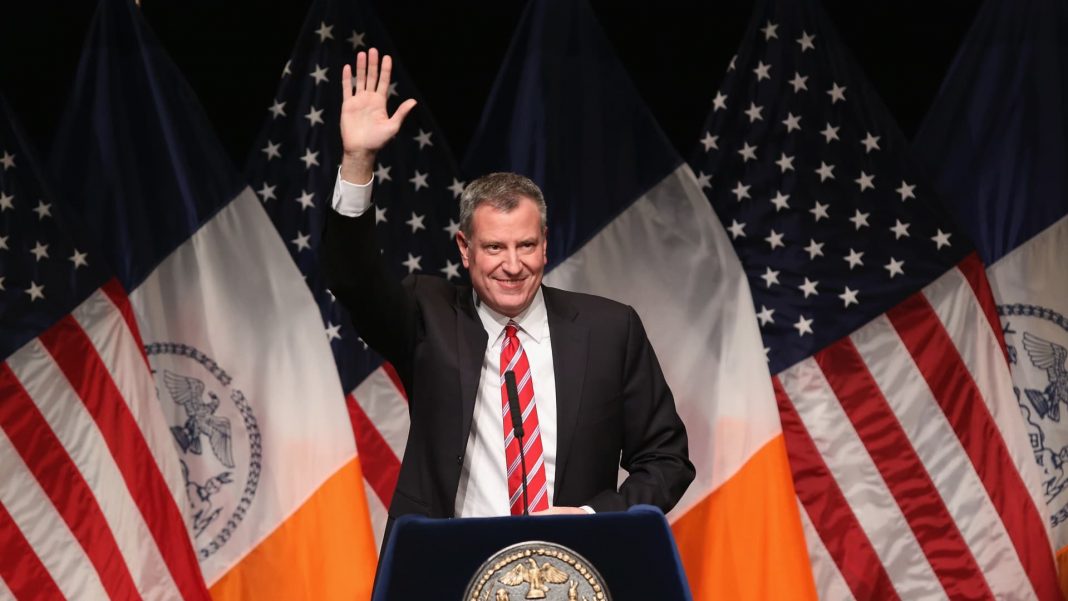 New York City Mayor Bill de Blasio waves as he gives the State of the City address at La Guardia Community College on February 10, 2014 in the Long Island City section of the Queens borough of New York City.

Former New York City Mayor Bill de Blasio said Friday that he will run for Congress in a redrawn district that includes his Brooklyn home.

De Blasio, whose second mayoral term ended last year, announced on MSNBC’s “Morning Joe” that he will seek the Democratic nomination for the 10th Congressional District, which will include part of Manhattan and a swath of western Brooklyn.

Democratic U.S. Rep. Jerry Nadler represents New York’s 10th District now but will no longer live in the district under maps that have been redrawn under the supervision of a New York judge. Nadler has said he believed the new maps are unconstitutional — but if the proposed districts do become final on Friday, he intends to run in the 12th District, currently represented by Rep. Carolyn Maloney.

The primary has been pushed back from June to August 23.

De Blasio, 61, toyed with running for governor this year but decided not to challenge incumbent Democrat Kathy Hochul. He also had a short-lived run for president in 2019.

Disclosure: NBCUniversal is the parent company of MSNBC and CNBC.