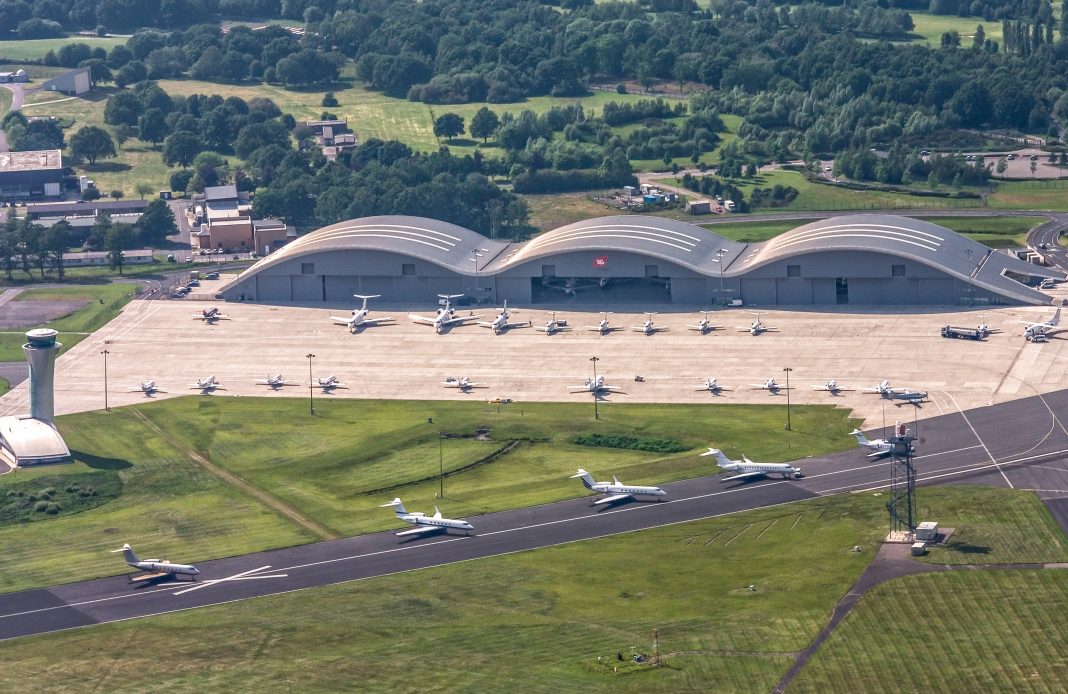 LONDON — The U.K. said on Wednesday it had impounded a private jet connected to Russian oligarch Roman Abramovich under new aviation sanctions levied at the pariah state amid its ongoing invasion of Ukraine.

The jet is said to be linked to Soviet-born billionaire, Eugene Shvidler, a close associate of outgoing Chelsea F.C. owner Abramovich, who last week embarked on a fire sale of his British assets amid growing pressure on President Vladimir Putin’s inner circle.

British Transport Minister Grant Shapps said the jet was seized at Farnborough Airport, on the outskirts of London, and awaits further investigation.

The capture is part of new sanctions, set to be laid out in legislation on Wednesday, which give authorities the right to detain any Russian aircraft and ban exports of aviation or space-related goods to Russia.

The measures also make it a criminal offence for any Russian aircraft to fly or land in the U.K.

It is not yet clear whether the seized jet, which is registered in Luxembourg rather than Russia, falls under the U.K.’s new remit. However, authorities said they are working with the Civil Aviation Authority to clarify the details.

To be sure, Shvidler, who made his fortune during the privatization of Russian industry, has his own direct links with the Kremlin as well through his personal and business relationships with Abramovich. Abramovich himself has so far avoided any direct sanctions.

“Banning Russian flagged planes from the U.K. and making it a criminal offence to fly them will inflict more economic pain on Russia and those close to the Kremlin,” Truss said in a statement.