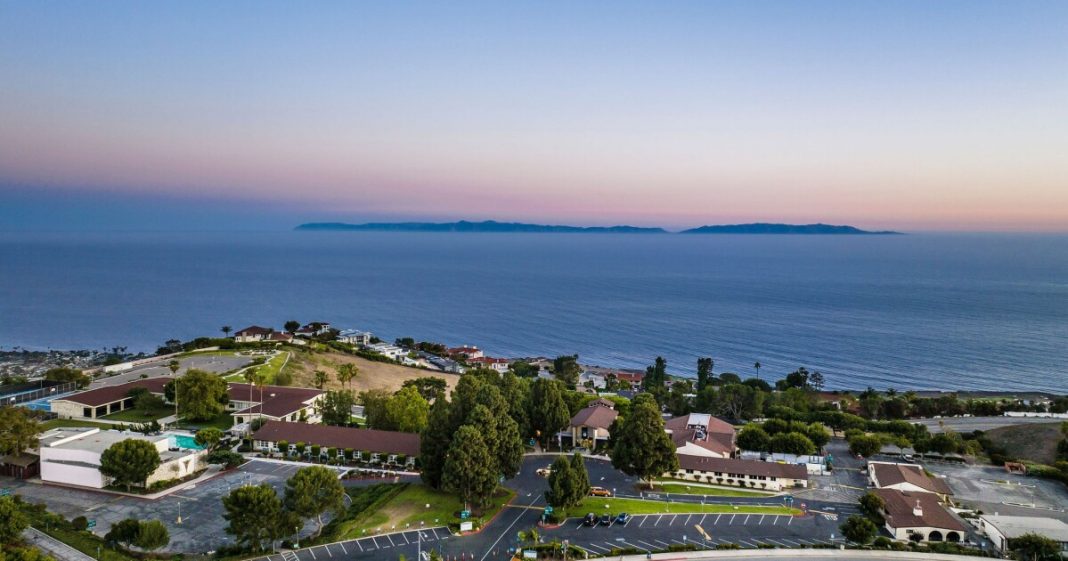 
This week, officials at the University of California at Los Angeles made an $80-million bet that they hope will, in part, bolster the institution’s limited student-housing capacity. The university announced plans to acquire two sites from Marymount California University, a now-defunct college 30 miles south of UCLA’s main campus, in Westwood.

The University of California system announced in July that its 10 campuses would add 23,000 students over the next eight years. But the UC system doesn’t have enough beds for its existing enrollment, let alone tens of thousands more. The problem is part of a larger student-housing crunch across the state that’s also deeply affecting students in the California State University system and the California Community Colleges.

UCLA is faring better than other institutions: It added 3,400 new beds this fall, allowing the university to become the only UC campus that guarantees housing to all undergraduates for four years. The university hopes to have students on its new satellite campus within a year or two.

Meanwhile, on Wednesday, Gov. Gavin Newsom of California signed legislation that created a $1.8-billion revolving-loan program that will provide no-interest loans to colleges for student-housing projects. The program adds to $1.4 billion allocated in the 2022-23 state budget for campus-housing grants.

Steven McKay, a professor of sociology at the University of California at Santa Cruz and director of its Center for Labor Studies, said the ability to borrow interest-free is important, and so is the language in the bill: “For the first time, they’re recognizing they can’t just build housing, but they have to build affordable housing for students.”

But even billions of dollars won’t pay for as many beds as one might expect, according to CalMatters. And those measures don’t help students who are currently struggling to find a place to live. Here’s what you need to know.

The situation is urgent.

At UC-Santa Cruz, it’s common for students to live in their cars, overfill apartments, and even camp out in the woods that surround campus, according to EdSource.

When off-campus rentals do become available, floods of students show up at open houses, Darrell Owens, a Santa Cruz student, wrote in a recent blog post. That often leads to bidding wars facilitated by landlords who are overwhelmed by the number of rental applications they receive.

“During my time here I’ve run into this bizarro world of housing that’s so insane and repulsive, it shocked even my San Francisco Bay Area sensibilities,” Owens wrote in the post, which detailed his nightmarish hunt for housing.

The housing crisis in Santa Cruz has only worsened since the pandemic, as the desirability of coastal living drove remote workers into the city and hiked up rent prices, said McKay.

The annual cost of living for a single adult in the ZIP code where most Santa Cruz students live has increased by approximately $7,000 since 2020, almost entirely due to the rise in housing costs. That’s according to McKay’s analysis of the costs of attendance and living for graduate students.

“One of the hardest things we have in recruiting [graduate] students to Santa Cruz is the cost of housing,” McKay said. The university has lost graduate students because they cannot afford to live near campus on their stipends, he said.

“Everything makes a difference,” McKay said of the legislation. “The ability for the campus to borrow in order to do these buildings in the long run is going to matter.”

Before the pandemic, the most recent data available, about 5 percent of students in the UC system reported that they had been homeless during the academic year. But the situation was even worse in the Cal State system, where 10 percent of students said the same, and at the community colleges, where that share was one in five students.

More than one-third of college students across the state reported experiencing at least one characteristic of housing insecurity, according to the California Student Aid Commission’s latest survey. Hispanic students were the largest group among those who said they had experienced homelessness, while Black students were affected the most disproportionately, according to the commission.

Recent attempts at building more housing have been tied up in protests and lawsuits.

UC-Berkeley has faced student-housing shortages for decades, but the situation has come to a head this year.

In response to a lawsuit filed by Berkeley residents over two planned university housing projects, the California Supreme Court issued a ruling in March that would have forced UC-Berkeley to freeze admissions and reduce the size of this fall’s incoming class. Newsom quickly signed a law that effectively overruled that decision. The plaintiffs, who have argued that the university’s plans would violate the California Environmental Quality Act, then asked a court to suspend the two projects.

Last month, protesters targeted the university’s $312-million housing project in People’s Park, and a court order shortly after that halted construction until at least October.

In public statements, UC-Berkeley officials have said they remain “strongly committed to the project” and added that they “cannot meet students’ needs without using a portion of the People’s Park site for student housing.”

At UC-Santa Cruz, too, a 3,000-bed housing project has been continually stalled by lawsuits, many of which were filed by people concerned about disrupting the aesthetics of the campus, McKay said. Some lawsuits also allege that the Board of Regents’ approval of the university’s housing projects violates environmental law.

But a development on Wednesday could change things for UC-Berkeley and other colleges: Newsom signed a law exempting student-housing projects from the Environmental Quality Act.

The billions in state funding will speed up those projects, college leaders say. In the meantime, though, they have taken steps to try to mitigate the current crisis.

Many institutions have used Covid-relief funding to provide emergency grants to students to help pay rent and other housing costs. Every campus has, or will soon have, a basic-needs resource hub. Long Beach City College has run a pilot program allowing students who live in their cars to use a campus parking lot as a temporary transition into permanent housing.

Cal State-San Marcos just opened its first dorm-style residence hall for first-year students. UC-Davis has broken ground on its Aggie Square project, in Sacramento, and hopes to open the new buildings, which include student housing, at the end of 2024.

But colleges’ efforts to soften the blow haven’t all gone smoothly.

Last year, amid a housing shortage that pushed many students into nearby hotels, UC-Santa Barbara officials sent those students weekly newsletters with information about campus resources and important deadlines.

The newsletters featured a cheerful cartoon housing mascot, “Rezy Dent,” according to Word magazine. In an October newsletter, he was pictured playing at the beach while the email reminded students, “Securing permanent housing for the rest of the year needs to be a priority for you from this point on. You are quickly coming down to the wire,” the student publication reported.

One hotel-housed student told Word that the cartoon had made her livid: “How dare you come at me with, like, this cute little sticker like I’ll be happy? No, I’m angry.”

Meanwhile, UC-Santa Barbara plays host to the state’s most infamous student-housing project: a 4,500-bed building in which nearly all the rooms won’t have windows. The design, spearheaded by a billionaire donor, Charlie Munger, has drawn widespread pushback. But university officials have indicated that they plan to move forward with the project.

Previous articleSome High-School Grads Say No to College. Here’s Why — and What Might Change Their Minds.
Next articleHow AI is helping birth digital humans that look and sound just like us
- Advertisement -