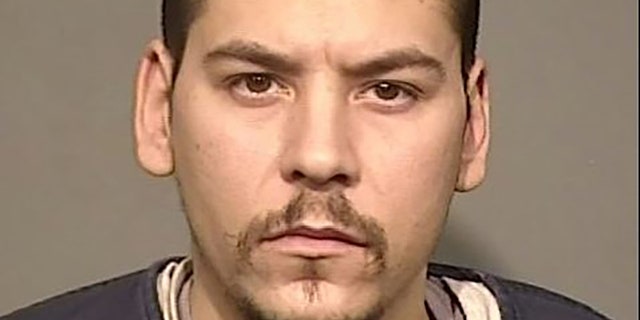 Residents in the small California community of Monte Rio were asked to shelter in place Tuesday as authorities searched the area for an “armed and dangerous” gunman accused of shooting a man to death earlier that morning.

The suspected gunman, Francisco Gonzalez, was arrested without incident Tuesday following a manhunt, according to the Sonoma County Sheriff’s Office. He was taken into custody about 15 miles southeast of Monte Rio, where the shooting occurred.

“Gonzalez is in custody,” the sheriff’s office wrote on Twitter. “Thank you to the alert community members who called us when they saw him.”

Gonzalez, 32, allegedly shot the unidentified victim around 10:30 a.m. local time, in the area of Willow and Alder roads on the south side of the Russian River, according to the sheriff’s office.

A large police presence was captured on video at the scene, which saw officers, some in armored trucks, entering a wooded neighborhood, FOX 2 of the San Francisco Bay Area reported. Other officers were seen conducting a checkpoint.

A large police presence was captured on video at the scene.
(KTVU (FOX 2 of the San Francisco Bay Area))

The shooting and search for Gonzalez prompted the sheriff’s office to issue a shelter-in-place order for the area of Monte Rio east of Bohemian Highway and south and east of the river. The area included River Boulevard and Bohemian Avenue, and the streets adjacent to them, authorities said.

Monte Rio, which has a population of roughly 1,000 people, is located about 75 miles north of downtown San Francisco.