China asked Russia to wait until after Olympics to invade Ukraine: report 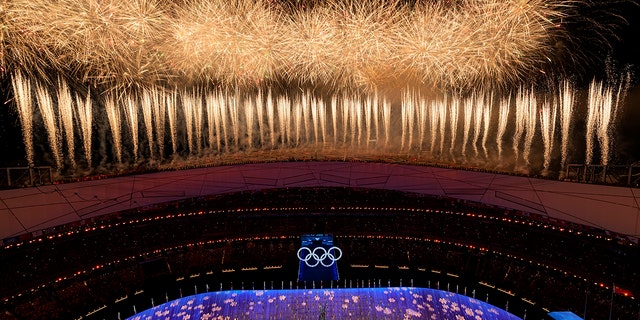 Chinese officials in early February asked Russian officials to wait until the Winter Olympics in Beijing had concluded before sending troops into Ukraine, U.S. officials said, according to a report.

A Western intelligence service collected the information before the invasion and the U.S. considers it credible, according to the New York Times. The intelligence reportedly shows that China had some knowledge of Russia’s plans.

The U.S. and its allies reportedly used the information to help determine when Russia might invade.

The Olympics ended on Feb. 20 and Russian President Vladimir Putin ordered troops into Ukraine on Feb. 24.

Fireworks light up the sky over Olympic Stadium during the closing ceremony of the 2022 Winter Olympics, Sunday, Feb. 20, 2022, in Beijing.
(AP Photo/Jeff Roberson)

A Chinese Embassy spokesman in Washington, D.C., told the Times, “These claims are speculation without any basis, and are intended to blame-shift and smear China.”

China President Xi Jinping and Russian President Vladimir Putin met on Feb. 4, but it’s unclear if they spoke about the timing of the invasion.

A woman holds a small girl at a border crossing, up as refugees flee a Russian invasion, in Medyka, Poland, Thursday, March 3, 2022.
(AP Photo/Markus Schreiber)

China, an ally of Russia, has avoided criticizing Putin over the war, although it hasn’t openly supported him.

The country backed up Russia over its concerns about NATO but has claimed that it is neutral on the invasion and said it supports the “sovereignty” of all countries, according to the Times.