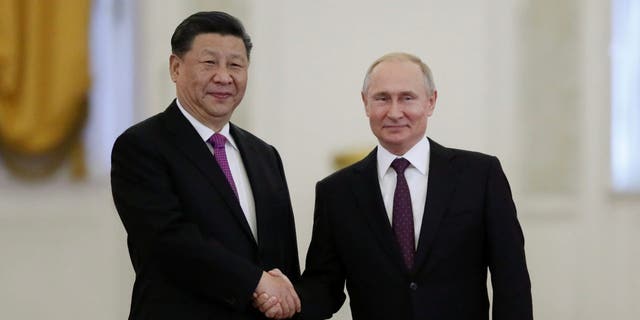 The Chinese Foreign Minister called Moscow the “most important strategic partner” to Beijing as war rages between Russia and Ukraine for the 12th day.

“No matter how perilous the international landscape, we will maintain our strategic focus and promote the development of a comprehensive China-Russia partnership in the new era,” Wang Yi told reporters Monday at a news conference of the annual meeting of China’s ceremonial parliament.

“The friendship between the two peoples is iron clad,” he said, and noted that Chinese ties to Russia constitute “one of the most crucial bilateral relationships in the world.”

China has broken with the U.S., Europe and others that have imposed sanctions on Russia after its invasion of Ukraine.

Chinese officials last week said they are not considering sanctioning Russia for the invasion, instead continuing with “normal trade cooperation.”

Russia’s invasion of Ukraine on Feb. 24 has sparked fears that China will follow suit and invade Taiwan. Wang, however, said Taiwan was a “fundamentally different” issue from Ukraine because the island is “an inalienable part of China’s territory.”

“Some people, while being vocal about the principle of sovereignty on the Ukraine issue, have kept undermining China’s sovereignty and territorial integrity on the Taiwan question. This is a blatant double standards,” Wang said, alluding to Taiwan ally, the U.S.

The Olympics concluded on Feb. 20 and Russian troops invaded Ukraine on Feb. 24. China has denied the report as “speculation.”