Colleges Should Pay Up When They Mishandle Harassment, a Title IX Pioneer Says 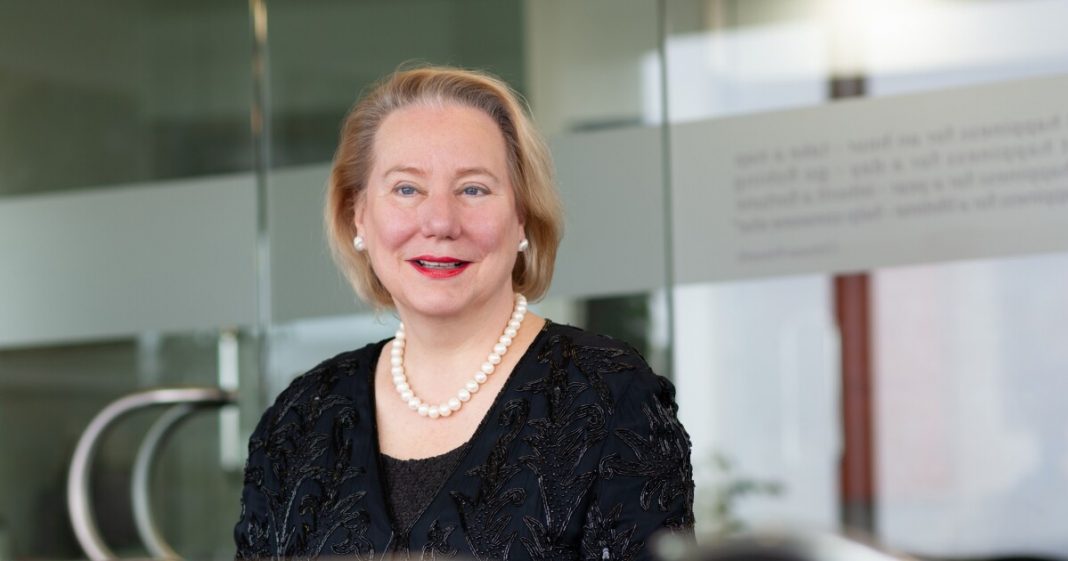 
When Ann Olivarius and several classmates sued Yale University over sexual harassment, Title IX was just five years old. The 1972 law had made it illegal for colleges to discriminate on the basis of a person’s sex.

In a test of the new law, Olivarius and her peers made a groundbreaking argument: that Yale had denied women equal access to an education — in violation of Title IX — by failing to combat harassment and refusing to create a process that would allow them to report it.

Olivarius said she had first grasped the scope of harassment as a Yale undergraduate when she co-founded the Yale Undergraduate Women’s Caucus and then edited a report on the status of women at the university for the Yale Corporation, the institution’s governing board. As part of that process, Olivarius compiled testimony from many women at Yale who described professors’ making unwanted sexual advances toward them, according to her website. She and others were not satisfied with Yale’s response, which led to their lawsuit. The students lost their case, but Yale did create a grievance process for adjudicating sexual-misconduct complaints, as they’d asked. Most other colleges followed suit.

On Thursday, Title IX turns 50 years old. The lawsuit that Olivarius was a part of, Alexander v. Yale, was an opening salvo in a struggle that eventually led to Title IX offices on campuses across the country. Olivarius went on to Yale Law School and now represents victims in discrimination and sexual-harassment and sexual-assault cases, often within higher education. She has also come forward with allegations of her own that a classmate raped her while she was at Yale.

Yale now releases semiannual reports that detail sexual-misconduct complaints. The university began that practice in 2012, around the time the Education Department concluded an investigation into sex discrimination on campus that ultimately found Yale to be in compliance with Title IX, but criticized some of its earlier policies. Elizabeth Conklin, Yale’s Title IX coordinator, said in an emailed statement that the university is “committed to addressing and preventing sexual misconduct on our campus so that every member of the community may feel safe and supported,” and she cited its current policies and procedures.

The anniversary comes as colleges and universities wait for the Biden administration’s promised changes in the Title IX regulations put in place by Betsy DeVos, the education secretary under President Donald J. Trump. The new regulations are expected to be released on Thursday, Politico reported. DeVos sought to add due-process protections for people accused of sexual misconduct. The DeVos regulations were criticized by advocates for sexual-abuse survivors who say they discourage people from coming forward and do not do enough to hold colleges accountable for how they handle sexual-misconduct claims.

Olivarius spoke recently with The Chronicle about Title IX’s history and her own experiences. The following interview has been edited for clarity and length.

A lot has been written about the lawsuit that you were a part of back in 1977. What remains salient for you about the lead-up to your graduation and filing that lawsuit when you were still at Yale?

I had no desire at the time to sue Yale. I loved Yale. So it was really surprising to me that Yale did not want to know that this problem existed. They wanted to ignore it, and they decided to defend the men, the professors who were credibly accused of rape. This was mind-boggling. And I was young, of course, still quite, quite young. I just thought everybody’s got a mother. Everybody’s got either a sister or female cousin, or they know women, and who wants to have their women pressured into being raped? So it was extraordinary to me that we had to use the judicial system because Yale would not simply do the right thing.

They don’t see it as what it is, which is just a use and abuse of a person. Of a woman.

We didn’t even say what you had to do about the problem, but that we wanted to try and get a handle on it. And of course, Sam Chauncey, who was secretary of the university, and [the Yale president] Kingman Brewster‘s right hand at the time, they just said, No, this problem doesn’t exist. And that’s the only reason that I designed this lawsuit. We had no choice.

What conclusions did you come to about higher education at that point?

Well, I thought it was localized. I hadn’t really come to a place of thinking that this was a systematic problem across educational institutions. I hadn’t realized that institutions were really focused on protecting themselves, and they saw protecting themselves as denying the reality of survivors, of people — men and women — who had been assaulted.

I didn’t understand that a lot of the professors look at students — they come in and out every four years — as an opportunity to have a choice of who they want to have as their sexual partner, and that the men see it as their right and privilege. And the girls, of course, it’s a young population. They have a lot of sexual freedoms. And the view is, Well, you know, I’m special. He must really, really think I’m the one. They don’t see it as what it is, which is just a use and abuse of a person. Of a woman.

How did you come to the realization that this was a systemic problem that went beyond Yale?

Years passed. I went to England after that. And, of course, there was no Title IX in England. And after I finished my scholarship, I came back to Yale Law School and business school, and started seeing more problems. And then as I got older, I started practicing there because people came to us with problems. And now, of course, we’re considered some of the world’s experts on this area.

The criminal-justice system does not work for rape. It’s a free crime, essentially.

But as I got older, the problem didn’t diminish. And I started hearing rape stories all the time, and I realized this is an epidemic. One out of three women will be sexually assaulted in every country in the world, even to higher degrees in some countries. This is a huge epidemic with very little recourse about it. The problem is denied. The criminal-justice system does not work for rape. It’s a free crime, essentially.

I still hear people asking for the kind of database you asked for, and it doesn’t, as far as I know, exist in most universities, though Harvard has described something like it.

As a lawyer, I know now it would be a godsend because then you could subpoena it and find out how many complaints have been in there. And of course, universities don’t want to do it.

What practically do you think needs to change about how universities adjudicate sexual-harassment complaints and how Title IX offices operate?

Also these investigations should happen within a month or two.

And there has to be an alignment of interests between a university and the survivors. Right now, they’re opposite. The way you get alignment of interest is that you charge money to the institutions if they’re found not to be in compliance. You get, hypothetically, two months to do your investigation. If it’s not done fairly and you’re found to have delayed, then you get charged money.

That sounds as if it would have to come from the federal government.

We need Biden on board. The new regs have taken a long time. For those of us who work in this area, it would have taken us all of a month to have sat down with what Betsy DeVos has done and suggest real, solid alternatives that actually could be progressive, and it could work, and we could put in place. And when the new regs come out, we fear that they’re going to be not as powerful as they could be. Charging money would change the whole thing pretty rapidly. Just charge the money, and everybody’s going to pay attention. If a corporation violates the law, they pay money damages. That’s not a bad thing.