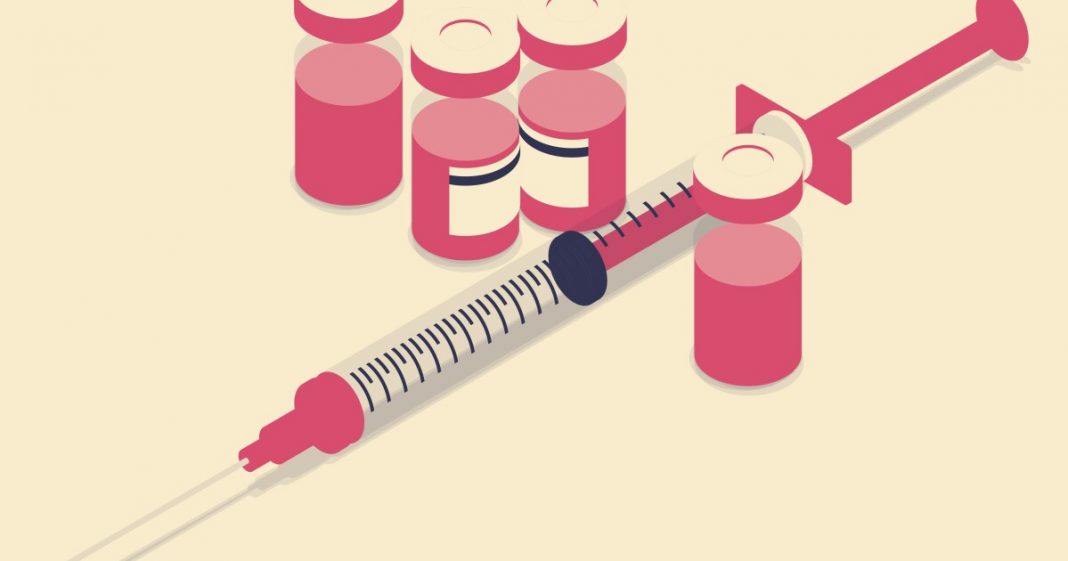 
Colleges’ vaccine mandates appeared to have a substantial effect on county-level Covid-19 infection and death rates, likely reducing total U.S. deaths from the virus by about 5 percent — or roughly 7,300 lives — in fall 2021.

That’s according to a new study published by the National Bureau of Economic Research. Rather than looking just at how a college’s vaccine mandate affected the student body, the study examined how the policy could influence the surrounding community’s health outcomes as a “spillover” effect. Riley K. Acton, an assistant professor of economics at Miami University, in Ohio, and co-author of the paper, said she sees that as a key potential benefit of vaccinating students.

“One of the arguments for vaccinating a younger, generally healthier population would be this idea of protecting the rest of the community by limiting transmission from the college students to other members of the community,” Acton said. “That’s really what we were testing in this paper.”

Counties where students were under vaccine mandates saw dramatically different outcomes. The study indicates that the mandates lowered new Covid-19 cases by 339 cases per 100,000 residents in the surrounding county and decreased new deaths by over 5 out of 100,000 residents.

These numbers are particularly noteworthy because many college vaccine mandates were put in place to manage outbreaks mainly among students and keep classes in person, said Scott A. Imberman, a professor of economics at Michigan State University and another co-author.

“We hope that our work,” Imberman said, “shows the universities their responsibilities to the communities that they live in — to help protect the health and well-being of people outside of the colleges as well.”

Vaccine mandates on college campuses were controversial and heavily politicized when they were first implemented and continue to be challenged in court on the basis of medical and religious freedom. At the start of the period that the study covers, fall 2021, the Covid-19 vaccine still didn’t have full Food and Drug Administration authorization, and some colleges were hesitant to put mandates in place. Miami University, where Acton is a professor, didn’t enact a mandate until the full authorization was granted in August 2021.

As Acton and her colleagues watched what was happening on their own campuses and at their peer institutions and wondered whether a vaccine mandate would be forthcoming, they were inspired to conduct their own research into the issue.

Imberman said he was motivated by the push for a vaccine requirement at Michigan State, where he and a colleague put together a faculty-and-staff petition for a vaccine mandate in the summer of 2021.

Before the beginning of the 2021-22 school year, nearly 700 colleges in the U.S. had mandated student vaccinations, the study says. Since then, even more universities have required students to get the shot.

The paper does not weigh in on whether colleges should mandate vaccines, Acton said. But because the benefits are so large, she said, “the cost would have to be even larger to justify not having this as a policy.”

The restriction of certain freedoms that some critics see as a downside of vaccine mandates are more difficult to quantify, Imberman said, and the study’s authors did not want to attempt those value judgements.

“We don’t want to impose our beliefs on others. We really wanted to focus on what we could measure. And we’re saying, look, the mandates certainly have costs. And a lot of people feel that their rights were affected by these. But there are important benefits,” Imberman said.

A number of colleges have forgone vaccine mandates or reversed them since the Covid-19 vaccine first became widely available in the U.S. last year. Some institutions have tried enticing the student body with the promise of more in-person activities if they collectively hit a specific threshold but have not fully required the shot.

Recently, as new Covid variants have proliferated, the effectiveness of the current vaccines has waned — which could also affect colleges’ calculations going forward. Pfizer and Moderna have said they plan to release an updated formula this fall.

Acton and Imberman said there is more research to be done around the vaccine mandates that can continue to help shape public-health policy and campus guidelines. They suggested studies on the effectiveness of requirements in light of new variants, as well as on the consequences of booster mandates.

“We’re not here to decide what the future should be; it’s not like we have a crystal ball,” Acton said. “But we do hope that our results are helpful for college administrators, campus-planning committees that are still thinking as we head into yet another academic year with a pandemic about how to keep students safe and keep community members safe.”