Crypto is Coming To PUBG: What To Expect – PUBG PC LITE 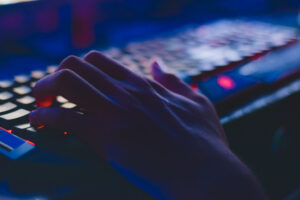 Crypto is coming to pubg

When it comes to gaming, PUBG is one of the most popular names out there. This award-winning game, which notably takes inspiration from the 2000 Japanese film Battle Royale, is one of the best-selling titles of all time — both on PC and consoles. In fact, PUBG sales exceeded 70 million as far back as 2020, 3 years after its initial release.

PUBG’s developers — just like all developers in the industry — are always looking for ways to improve upon the PUBG gaming experience. We regularly post about PUBG’s patch updates, new maps, and even exciting contests that players can compete in.

Now, PUBG’s developers are taking the game in a totally new direction with crypto. Here’s what you can expect.

In early 2022, PUBG launched a new project concerning one of crypto’s latest innovations: the fan token. Though fan tokens can’t be used to buy goods and services like normal cryptocurrencies, fans can buy them to influence the decisions of their favorite eSports teams. If they own enough fan tokens, they can even unlock VIP rewards, such as the chance to chat with their favorite team member or attend exclusive team events. The PUBG fan token (PFT) works a little differently. Instead of being able to influence things like jersey designs, PFT holders can propose any project they wish to the network — further bridging the gap between PUBG and its enormous fanbase.

Non-fungible tokens (NFTs) have been all the rage in crypto. NFTs are certificates of ownership attached to a piece of digital media, like music or art. The term “non-fungible” further means that each NFT is unique and can’t be traded. In February 2022, Krafton Inc. — the brains behind PUBG announced that it had acquired shares in art purchasing platform Seoul Auction Blue and its digital subsidiary Xbyblue. With these companies, Krafton hopes to offer NFT PUBG avatars. If you’re planning to play PUBG in the metaverse anytime soon, you can use those avatars there. Krafton also plans to release 3D NFT avatars for the metaverse in partnership with Naver Z, the creator of Zepeto.

You may have heard of Axie Infinity, an online game that allows players to collect NFTs. The same concept of play-to-earn crypto is coming to PUBG. Krafton officially signed a business agreement with Solana Labs, the company that created the Solana blockchain and promotes itself as being more sustainable than Bitcoin and Ethereum. The partnership, which was finalized in March 2022, aims to develop blockchain games where players can earn both cryptocurrencies and NFTs. Along with Krafton’s partnerships with Seoul Auction Blue and Naver Z, the Solana Labs deal is part of the millions Krafton is investing to bring Web 3.0 technologies like the blockchain and the metaverse to PUBG.

Krafton is also hoping to work with crypto companies to improve the PUBG eSports experience. They are set to hold multiple PUBG mobile tournaments this year, including the PUBG Mobile League Indonesian League (PMIL) Season 4 tournament. In May 2022, Cryptoblades — a play-to-earn GameFi platform that operates on the B2B chain — was announced as a major sponsor for the tournament. The partnership aims to increase exposure for both eSports and the blockchain courtesy of PMIL’s massive viewership — and Cryptoblades vast user base. In the long run, it may even help pave the way for the wider adoption of blockchain technology in eSports.

PUBG has already cemented itself as one of the greatest games of recent times. It’s bound to soar even higher as its developers take on these new crypto additions.