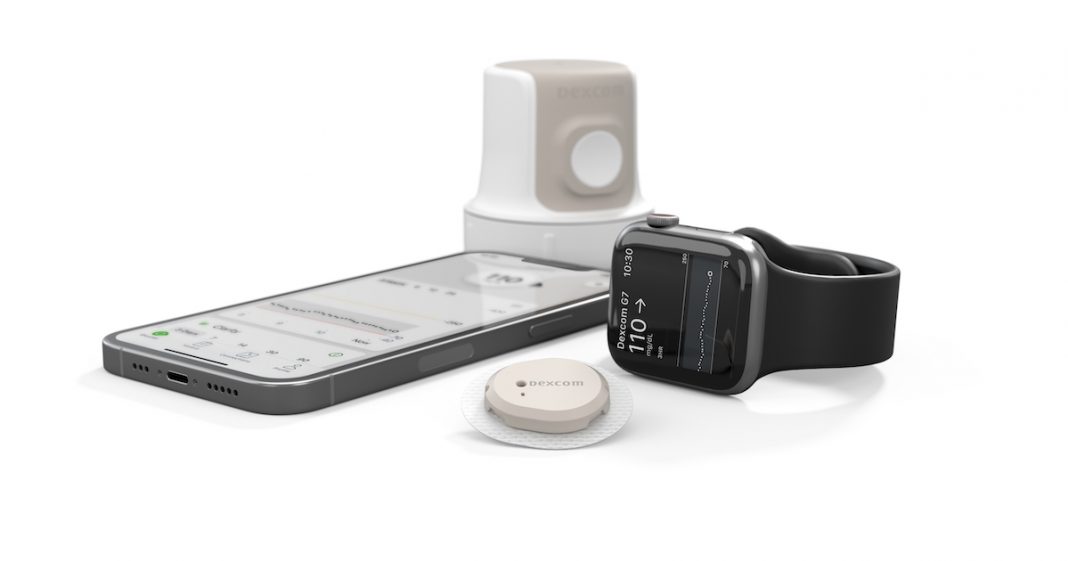 The latest model of its CGM, which can be used by people with all types of diabetes ages 2 and up, is expected to launch in the U.S. early next year. As the company works out insurance coverage for the G7, it plans to offer cash payment options for early adopters.

The CGM fits on the back of the upper arm, or the upper buttocks for pediatric patients if they prefer, and sends glucose readings to a compatible smart device or a Dexcom receiver.

Dexcom touts a 30-minute sensor warmup for the G7, which it compares to an hour or longer for competing CGM brands. It also offers customizable alerts for high or low glucose and a predictive alert that can offer a 20-minute warning ahead of potentially dangerous low blood glucose levels.

The company said it is working with insulin pump providers to integrate the G7 into current and upcoming automated delivery systems.

“When we set out to design G7, our goal was simple: to make the most powerful, easy-to-use CGM available for people with diabetes, whether they have Type 1 or Type 2. G7 delivers squarely on that promise. And now that it has been cleared by the FDA, we look forward to making G7 commercially available in the coming months,” Kevin Sayer, chairman, president and CEO of Dexcom, said in a statement.

Dexcom first submitted for regulatory clearance in the fourth quarter last year. The G7’s release was delayed after the FDA came back with questions about the device during its review, prompting a software update. The G7 received a European CE Mark in March this year.

The previous model of Dexcom’s CGM, the G6, received the FDA green light in 2018. At the time the FDA said the G6 was the first system that could be used with other compatible medical devices and electronic interfaces, like automated insulin dosing systems, insulin pumps and blood glucose meters.

“In addition to being interoperable and connectable, we’ve also enhanced cybersecurity here,” Sayer told MobiHealthNews in January. “We really have taken new technology. Our circuit and chip in the G6 was developed way back in the 2016-17 time frame, and cybersecurity and Bluetooth has advanced significantly since then. So the new chips we have in this will again make people feel safer.”