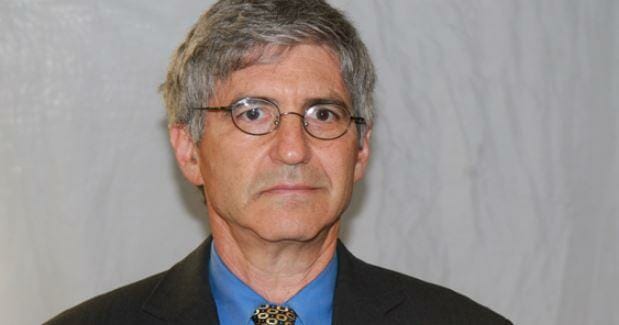 
The Deep State uses the compliant liberal media whenever they want a particular farce spread around the country. The liberal media complies with the deep state by crediting ‘anonymous sources’ for whatever made-up storyline the deep state wants to be publicized.  No one in the media is more accommodating to the deep state than ‘old faithful’ – Yahoo’s Michael Isikoff.

In 2017, it was reported that Isikoff’s Yahoo report was used to obtain FISA warrants to spy on President Trump while at the same time Isikoff was working with the DNC.

WikiLeaks Julian Assange tweeted evidence that Isikoff was secretly working for the DNC in September of 2016, the same time his FISA article was released launching the Trump Russia narrative for the DNC and deep state:

Emails reveal that Michael Isikoff, whose Yahoo News article based on the “Steele dossier” was used to obtain the FISA interception warrant against the Trump campaign’s Carter Page, was secretly “working with” the DNC. https://t.co/zsRlb9CcVm pic.twitter.com/dkc4JIV0XN

Democratic consultant Alexandra Chalupa wrote to Luis Miranda, communications director of the Democratic National Committee, “I spoke to a delegation of 68 investigative journalists from Ukraine last Wednesday at the Library of Congress – the Open World Society’s forum – they put me on the program to speak specifically about Paul Manafort and I invited Michael Isikoff whom I’ve been working with for the past few weeks and connected him to the Ukrainians.”

The Carter Page FISA application also cited extensively a September 23, 2016 Yahoo News article by Michael Isikoff, which focused on Page’s July 2016 trip to Moscow. This article does not corroborate the Steele dossier because it is derived from information leaked by Steele himself to Yahoo News. The Page FISA application incorrectly assesses that Steele did not directly provide information to Yahoo News—and several other outlets—in September 2016 at the direction of Fusion GPS. Perkins Coie was aware of Steele’s initial media contacts because they hosted at least one meeting in Washington D,C, in 2016 with Steele and Fusion GPS where this matter was discussed.”

While discussing his story as being one of the justifications in the FISA warrant application against Page during an episode of his podcast, “Skullduggery,” Isakoff later claimed that he was “stunned.”  Doubtful.

And now this–
Dirty Michael Isikoff and Daniel Klaidman published more lies about President Trump in his latest hit piece on Yahoo News featuring Gabriel Sterling the so-called “Republican” who hates Trump and his voters.

In the hit piece, Isikoff describes an infamous call President Trump made to Georgia officials after the election.

The Georgia investigation centers on the hourlong phone call that Trump, Meadows and three of Trump’s lawyers placed to Raffensperger on Jan. 2, 2021, in which the president repeatedly pressed the Georgia official to “find” 11,780 votes — “which is one more” than needed — to reverse Joe Biden’s victory in the state. Trump also appeared to threaten Raffensperger, telling him he was taking a “big risk” and could face criminal charges himself if he did not do what the president was demanding.

But the phone call, which was secretly taped by Raffensperger’s office and leaked to the Washington Post, has been fully public for over a year, leaving some to wonder why it has taken Willis so long to get to this point. “I know justice moves slowly sometimes, but she’s been in office for 14 months,” said Raffensperger. “If it was a high priority, you know, where was she last year?”

This was another complete lie by Michael Isikoff in his latest attempt to damage President Trump.

Jordan Fuchs and Secretary of State Brad Raffensperger fabricated a quote by President Trump, falsely claiming the president urged a Georgia election official to “find the fraud” in the 2020 election.

Fuchs provided the Washington Post with a fraudulent Trump quote that the paper ran in an anti-Trump hit piece on January 9th.
They planned it to do most damage to President Trump before the sham impeachment trial in the US Senate.

Secretary of State Brad Raffensberger’s office secretly recorded the phone call with President Trump, then lied about it to the far left Washington Post.

And Raffensperger’s office released the dishonest story to the liberal media and it was published on January 9, 2021 — days before the sham impeachment trial.

The Washington Post later retracted the claim — something Isikoff does not mention in his article.
He has a habit of dirty tricks like this.

The actual call was found in a trash folder after the Georgia “Republican” officials tried to destroy it. They got caught.
Isikoff just got caught lying again.
Don’t trust this guy.

It should be clear by now that if they REALLY had the dirt on President Trump they wouldn’t have to lie all the time.