Eclair Surf to be saved for National options 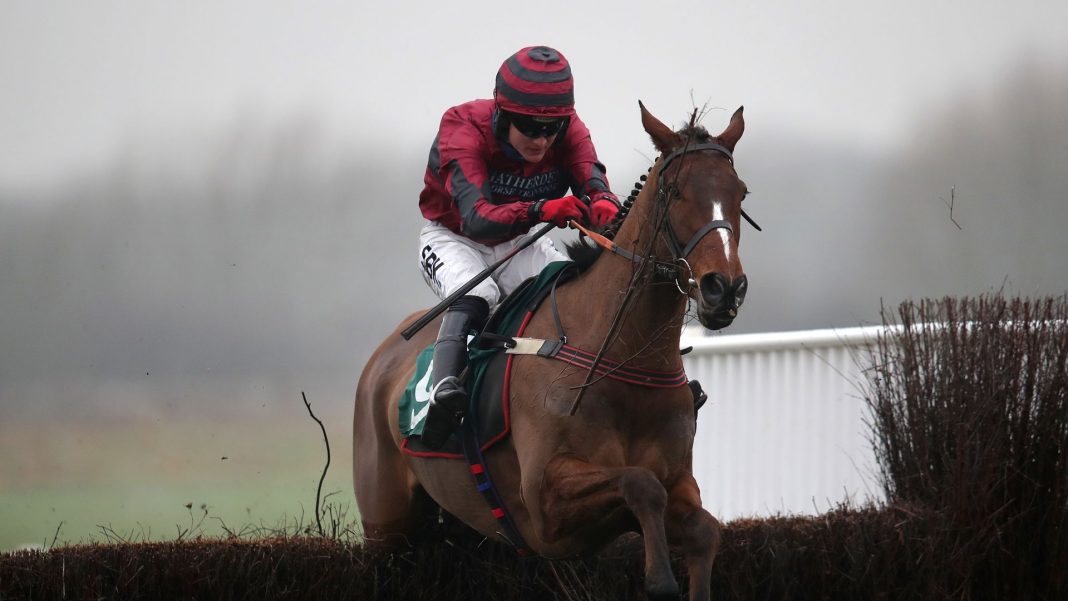 Eclair Surf will sidestep Cheltenham in favour of Grand National options after his second-placed run in the Eider Chase at Newcastle.

Contesting the marathon four-mile-one-and-half-furlong handicap under top-weight, the Emma Lavelle-trained gelding was beaten a length and a quarter at 15-2 by Christian Williams’ Win My Wings.

Having made most of the running Eclair Surf was five lengths behind the winner over the last fence but rallied under Tom Bellamy to gain ground approaching the line and cut down the losing margin.

“He ran absolute stormer, it was just a shame I suppose as he’d have run the same race had the ground been soft and it might have inconvenienced the others more,” Lavelle said of the run.

“He gave away plenty of weight and galloped all the way to the line, we were delighted with him.

“Considering what a test of stamina these races are, once he gets into his zone he just keeps galloping.

“I think he was gaining on the winner going to the line, stamina clearly is his strong suit and I think the ability to handle soft ground as well, those things are key to him.”

Prior to the Eider run Eclair Surf was a Grade Three winner at Warwick when landing the Classic Chase by a wide-margin 13 lengths from David Pipe’s Gericault Roque.

In both races the bay displayed an improved style of jumping having previously been prone to throw in the occasional errant leap.

“He made one big error at Warwick and got away with it, in the Eider he was the one that got better and better as the race warmed up,” said Lavelle.

“He’s definitely learning what to do with his feet when he’s a bit gassy at the beginning, he’s getting much more secure with his jumping which is definitely good news.”

The eight-year-old holds an entry for the Ultima Chase at the Cheltenham Festival but will not go, nor will he take up an engagement in the Midlands Grand National at Uttoxeter on the following Saturday.

The Scottish Grand National and the Grand National itself are both preferred options, but the ground will be a factor and he will need some luck to make the cut for the Aintree spectacular.

“Quite a few are going to have to come out for him to get a run in the National, that could dictate whatever happens this year,” Lavelle said.

“We definitely won’t go to Cheltenham, I think the same will be said of the Midlands National, that will come too soon as well.

“We’ll make an entry for the Scottish National and we will keep confirming his entry in the Grand National, I think our realistic options are to have a look at those two.

“He might even get an entry in the Bet365 Gold Cup just in case the ground was quick at Ayr and he didn’t get into the National and it then rained later in spring.

“He’s certainly come out of the race really well in himself and all options will be open apart from Cheltenham and the Midlands National, which will both come too quick.”