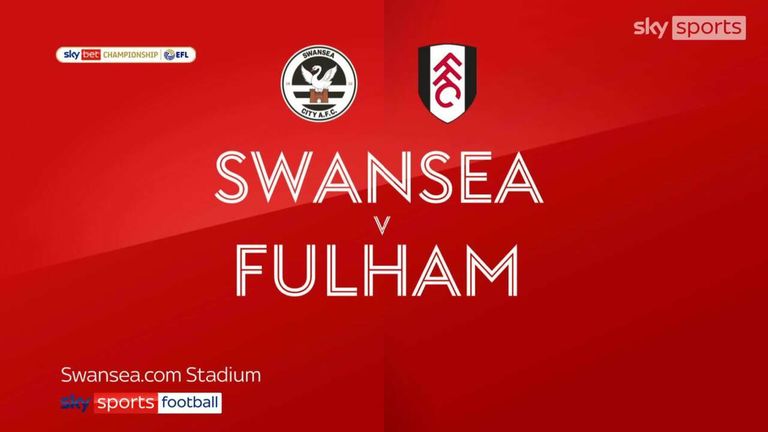 
Sky Bet Championship leaders Fulham took another step towards promotion back to the top flight as they moved 14 points clear after sweeping to a 5-1 win at 10-man Swansea.

The Cottagers had seen off rivals Blackburn 2-0 on Saturday and were given a boost when Swans defender Ryan Manning was shown a straight red card for a foul on Harry Wilson shortly before the break.

It was Wilson who had a hand in Fulham’s opener early in the second half when he crossed for Aleksandar Mitrovic to knock in his 35th league goal of the season.

Highlights of the Sky Bet Championship match between Swansea City and Fulham.

Swansea’s Ben Cabango deflected in an own goal in the 53rd minute, before Bobby Decordova-Reid nodded home a third with 17 minutes left.

Although Joel Piroe scored a swift a consolation for Swansea, on-loan Liverpool defender Neco Williams slotted in twice during the closing stages as Fulham edged closer to a Premier League return.

Bournemouth lost further ground after being held to a 1-1 draw at home by bottom club Peterborough.

The Cherries, beaten 2-1 at Preston on Saturday to a last-minute goal, fell behind when Jack Marriott struck on the half-hour mark. 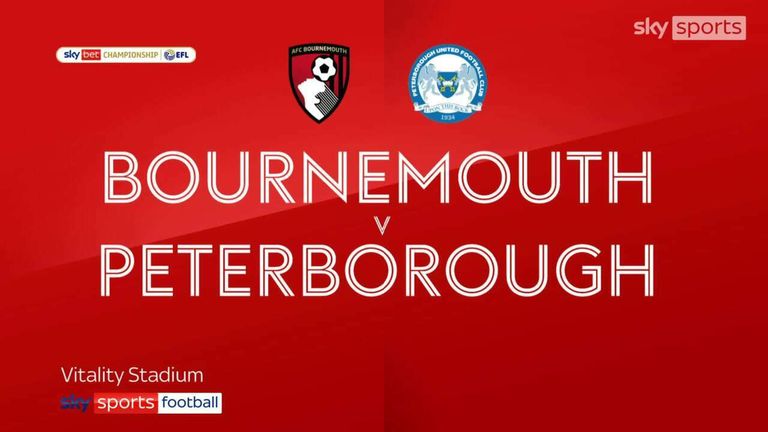 Highlights of the Sky Bet Championship match between Bournemouth and Peterborough.

Although Ryan Christie hauled Bournemouth level shortly after the restart, Scott Parker’s men could not conjure an equaliser.

Sander Berge fired the Blades into a 23rd-minute lead and captain Billy Sharp swiftly added another for his 15th goal of the campaign.

Aaron Connolly saw his effort ruled out for offside, before Jack Robinsonvolleyed in a third on the hour. 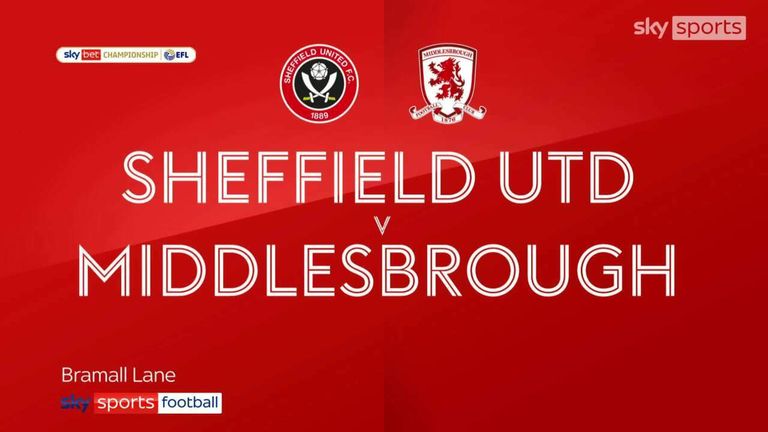 Highlights of the Sky Bet Championship match between Sheffield Utd and Middlesbrough.

Boro substitute Folarin Balogun had not been on long before he reduced the deficit in the 62nd minute with his first goal since a loan move from Arsenal.

Morgan Gibbs-White ended any hopes of late drama when he scored a fourth with 11 minutes left as Paul Heckingbottom’s men moved up to fifth and Boro dropped out of the top six.

Luton maintained their own play-off hopes with a 1-0 win at Coventry thanks to a goal from Elijah Adebayo seven minutes before half-time.

Blackburn played out a goalless draw against in-form Millwall at Ewood Park.

Rovers midfielder John Buckley hit the post, but neither side could make a breakthrough as the Lions saw their five-match winning run stall.

At the other end of the table, Barnsley looked to be on course for a crucial win in their survival battle only for Stoke to hit a stoppage-time equaliser in a 1-1 draw at Oakwell.

The Tykes broke the deadlock with 20 minutes left through Domingos Quina’s left-foot drive.

But with five minutes of added time played, Stoke captain Lewis Baker – who had it the woodwork during the first half – curled in a fine equaliser.

Troy Parrott scored his first league goals since September as promotion-chasing MK Dons made it five wins in a row with a comfortable 3-1 victory against Cheltenham.

The Dons are now within goal difference of second-placed Wigan in Sky Bet League One with Latics, who have three games in hand, the next visitors to Stadium MK on Saturday.

Three second-half goals lifted Sunderland up to fifth as they came from behind to beat struggling Fleetwood 3-1 at the Stadium of Light.

And Jack Clarke’s thunderbolt in stoppage-time extended the unbeaten run to four matches to push Fleetwood closer to the bottom four.

Play-off hopefuls Plymouth made it back-to-back 2-0 home wins with victory over AFC Wimbledon at Home Park.
Substitute Jon Dadi Bodvarsson scored a stoppage-time equaliser to earn Bolton a point in a 1-1 draw with Morecambe.

Cole Stockton’s 41st-minute strike threatened to earn the Shrimps a first-ever win over the hosts, but Icelandic striker Bodvarsson netted for a second successive game in the third minute of time added on.

Two goals from George Hirst continued Portsmouth’s impressive win with a 3-1 victory at bottom-club Crewe.
Ipswich kept their play-off hopes alive as goals from Wes Burns and Kayden Jackson earned them a 2-0 win over Lincoln.

Exeter climbed from eighth to third in a congested League Two with a convincing 3-1 win over promotion rivals Swindon at St James Park.

First-half goals from Jevani Brown and Jonathan Grounds set the Exiles on their way and Matt Jay scored a late third before Jack Payne’s consolation.

Rovers had won one of their last three games but victory moved them within two points of the play-off places.

Substitute Jake Hessenthaler pulled a 69th-minute goal back for Crawley, who have now won only two of their last 13 home matches.