EXCLUSIVE: CEO of Metabiota, Nathan Wolfe, Connected to Hunter Biden, the NIH, the CDC and the World Economic Forum 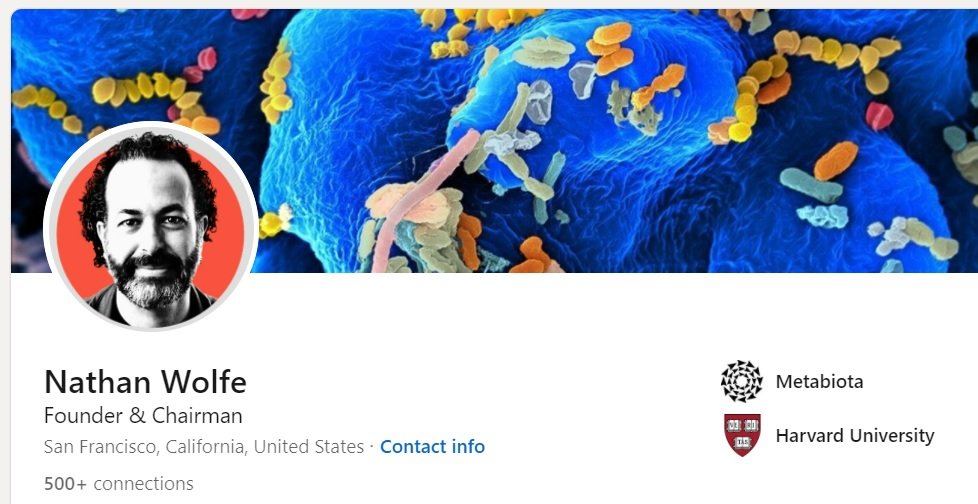 This past week all over the news was the fact that the US had Biolabs in Ukraine.  This fact was reported on by Russia and discussed in the Senate and UN as well.  There appears to be no question that these labs in Ukraine were built or updated by the US.

We know that Hunter’s firm, Rosemont Seneca, invested in Metabiota and provided evidence of this from the Wayback Machine.  We also know that Metabiota received contracts from Black & Veatch (B&V) which was involved in contracts in Ukraine to build facilities that were working with pathogens (Biolabs).

The CEO of Metabiota has a unique history.  Per his LinkedIn profile, Nathan Wolfe, created Metabiota in 2008.  He also indicates that he “has been honored with a Fulbright fellowship, the NIH Director’s Pioneer Award, [and] a World Economic Forum Young Global Leader.” Below is the corporate filing for Metabiota which was filed in California:

In Metabiota web pages found in the Way Back Machine, Metabiota has partners around the world, but especially in the US.  Look at some of its partners.  Notice Black and Veatch, Centers for Disease Control and Prevention (CDC), the DOD, the State Department, and USAID in particular. Could there be more to these coincidences?