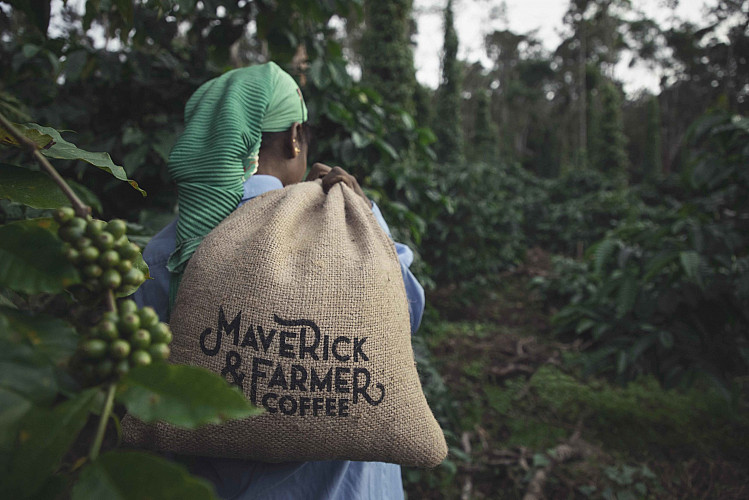 How do you like your coffee? Piping hot and black or ice-cold with swirls of Nutella? Strong enough to lend you a surge of productive energy that could potentially turn into jittery anxiousness by your third cup or lightly dosed with just enough caffeine to pretend like you have your wits about you on yet another Monday morning?

Ashish D’abreo likes his fermented with beer, which might sound like an unusual choice to those who swear by their trusty cappuccino, but he makes no excuses for it. The Bengaluru-based barista, mixologist and one-third of the brains behind Maverick & Farmer Coffee, an artisanal coffee brand (with a namesake cafe) that’s been brewing in the IT city since 2018, gets a kick out of unlocking new flavour profiles to showcase Indian coffee in a way that he maintains hasn’t been done before.

D’abreo, who grew up in Mangaluru (Mangalore), speaks for most South Indians when he describes his fondness for filter coffee — an integral part of their food culture. “Traditional filter coffee is and always will be comfort for us,” he says, before going on to question why desi coffee is so underrated. “Places like Ethiopia and Colombia pop up first when you think about quality coffee beans. In fact, most international baristas don’t even know that India produces coffee, and a distinct one at that,” he reveals. Along with partners Sreeram G and Tej Thammaiah, D’abreo set his sights on bringing innovative variations to this unilateral Starbucks-engulfed drinking segment that was also momentarily possessed by the TikTok-propelled Dalgona coffee craze while in the throes of the 2020 lockdown.

Top: Different stages of roasting for 2 Beans In A Pod (cocoa fermentation); bottom: Manual grading, done for sample roasts to work out a basic roast profile to test the experimental lots

“The pandemic changed coffee-drinking habits of Indians across the country. We had this massive generation of workers who would go to their fancy offices, and they had gotten used to their daily cup of coffee either at work or in a nearby cafe. Suddenly, they found themselves cooped up at home with no access to that coffee, so they started doing some research and discovered brands like ours. And so, we were busy as ever,” says D’abreo.

Maverick & Farmer fine-tunes coffee beans’ cultivation, fermentation and drying processes on their sprawling 150-acre plantation nestled in Coorg, Karnataka’s lush hill station that’s home to some of the best panoramic views in South India. Think of it as a laboratory where all the magic happens, which is all but confirmed when D’abreo speaks of a smoke chamber: “A lot of us love smoky notes in our coffee, but unless you really dark roast the coffee and almost burn it, you won’t get those notes. Unfortunately, when you do that, you risk losing the subtle, nuanced flavours. So, to achieve smoky notes in light-roasted coffee, we created an airtight smoke chamber on our farm out of the old estate manager’s bungalow that was on the verge of crumbling. We introduced cold smoke into freshly pulped Arabica coffee beans to concoct Ol’ Smoky – Cold Smoked Coffee, now known as one of our signature drinks.”

Thammaiah, co-founder and a third-generation coffee farmer, lends his technical know-how and expertise to the business; together the duo spent the first harvest season testing new roast profiles to come up with exciting flavours that steer away from the all-too-predictable chocolate and caramel. But they’re aware of the risks that come with taking a chance on the unconventional — a fruit-fermented, citrus-infused coffee may be too niche for traditional coffee lovers, and, after all, the customer is king.

“But at the end of the day it’s the story of our lives, and we want to keep feeling excited about the coffee we make,” D’abreo explains. “We run these ‘what if’ sessions every other week with our team over Zoom to vocalise the most random things that could be done to coffee, a sort of wish list of the kind of radical flavour notes we’d like to taste in our coffee someday. There are more horrible ideas than good ones to be honest, but that’s part of the process!” he chuckles.

Top: Ashish D’abreo and Tej Thammaiah; bottom: 2 Beans In A Pod in the fermentation vat, after 18 hours

Filtering out the doable is just step one, and it stays that way for at least seven to eight months because ideas can’t be executed until the harvesting season begins later in the year. Maverick & Farmer’s plantation in Pollibetta only comes to life in November, bustling with energy to put thoughts into action, but not at the cost of the surrounding environment. The brand’s sustainability efforts may not be plastered all over their website, but it’s because they’re not just surface-level gimmicks; these initiatives are an intrinsic part of their ecosystem. “Coffee pulping puts a lot of acidic water into the ground, which, over a period of time, isn’t good news for the crop or surrounding soil,” says D’abreo. “So, to tackle that, we strain out the flesh of the coffee at the pulping stage. Then it is passed through these calcium beds and collected in larger tanks to be treated in such a way that the acidity is reduced and the water is made completely alkaline. It is allowed to settle for three months and then this water is repurposed for cultivation and irrigation purposes.”

There’s an element of the human touch to artisanal coffee, as evidenced by the care that goes into nurturing the crop and building a loyal community of customers. And it’s clear that, along with an experimental soul, Maverick & Farmer is all heart when it comes to giving us a cup of freshly brewed goodness.

The Apolitical Messiness of Language in ‘Brahmastra Part One: Shiva’

The Chocolatier’s Journey: Chef Sanjana Patel Takes Us From Bean To Bar