Folding phones could soon be mainstream, with Apple thought to have one in the works 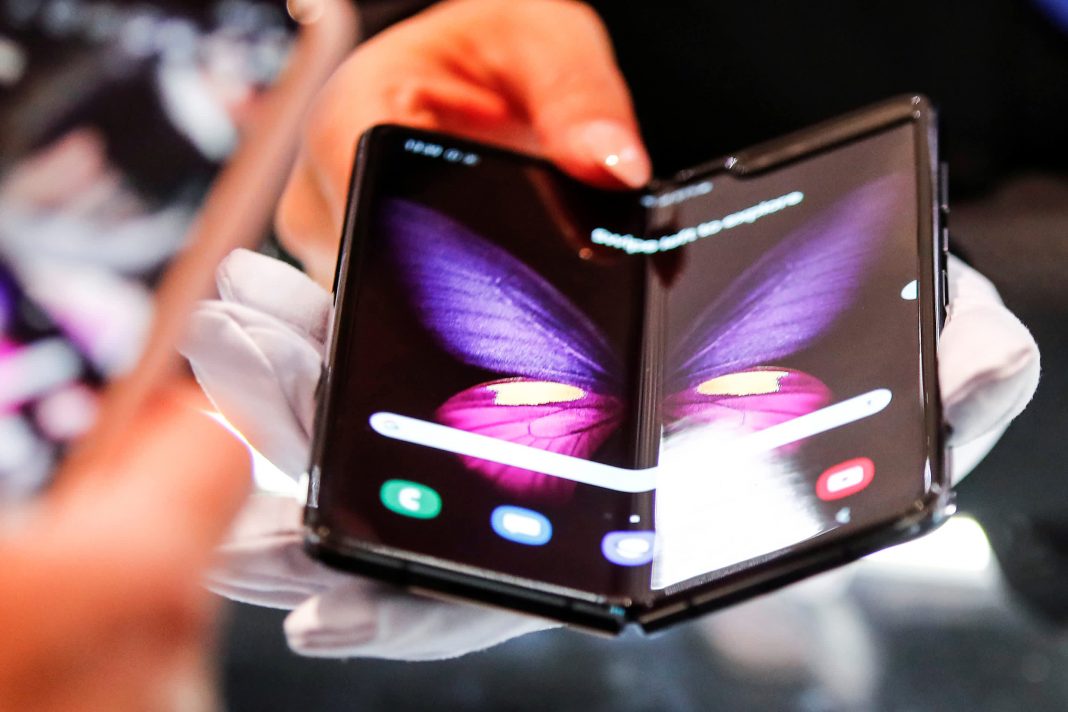 The Samsung Galaxy Fold 5G phone is presented at the hall of Samsung at the IFA consumer tech fair in Berlin, Germany, September 6, 2019.

BARCELONA – The vast majority of new smartphones on display at this year’s Mobile World Congress — an event that tech giants use to showcase their latest handsets — looked remarkably similar to the rectangular slabs we’re accustomed to. But there were a handful with a difference.

These were folding phones — or flip phones — which appear to be making something of a comeback roughly two decades after the style first hit the market.

“We’re starting to see the emergence of foldable devices,” CCS Insight Chief Analyst Ben Wood told CNBC, adding that more are on the way. “There’s all shapes, all sizes, lots of experimentation, and for me, that’s an exciting time.”

South Korea’s Samsung and China’s Oppo were among several smartphone makers showing off devices that can fold in various ways, often doubling a user’s screen size in an instant. Samsung had its Galaxy Z Fold range on display, while Oppo was showing off its Fold N.

One obvious omission from the folding device market is Apple, but it’s only a matter of time before the iPhone maker launches such a product, according to Wood. “I have every confidence that Apple has had flexible display technology in their labs for more than a decade,” he said.

Apple doesn’t like to rush, he added; “They will wait and see how the market evolves.” Apple did not immediately respond to a CNBC request for comment.

Apple’s iPhones and iPads are so successful that the company doesn’t need to deviate at this point in time, Wood said. When the time is right for Apple to launch a flexible product, Wood expects there to be “some sort of convergence” between the iPhone and iPad.

Last May, renowned Apple analyst Ming-Chi Kuo reportedly said in a note to investors that Apple was planning to launch a foldable iPhone with an 8-inch display in 2023.

Anshel Sag, principal analyst at Moor Insights and Strategy, told CNBC that Apple will likely launch a flexible device when when durability is no longer an issue and the display technologies have come down in cost.

“I think we’re probably still a year or two away from that point right now, even though we’re really seeing Samsung and others solving many of the pain points that used to exist,” Sag said.

He added: “If Apple were to come to market with a flexible device I think it would very much look like a ‘flip’ rather than a ‘fold’ device, because it improves the portability of the device and seems much more targeted towards consumer.”

More of the same

Beyond the folding phones, however, Wood said stressed that “not a lot has changed” when it comes to the majority of handsets on display at MWC.

“The rectangular black touchscreen is the dominant form factor. It’s a sea of sameness,” he said.

Some of the new devices at MWC had a slightly better camera or faster charging, but hardware updates on the whole have been fairly incremental, Wood added.