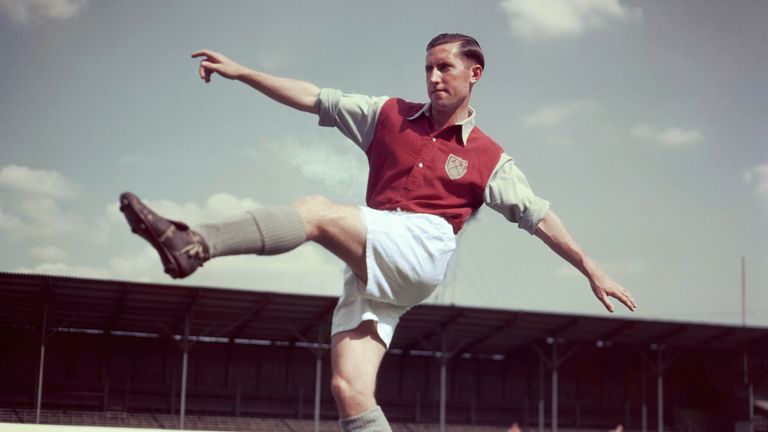 
Former Manchester United manager Frank O’Farrell has died at the age of 94.

The Irishman was in charge of the Red Devils between July 1971 and December 1972, taking over from Sir Matt Busby who had briefly returned to management after his initial successor Wilf McGuiness was sacked.

O’Farrell led a First Division title charge at United during the 1971/72 season, losing just once in his first 14 league matches in charge but they eventually fell away from the race and finished eighth.

He was eventually sacked as United manager in late 1972 after a 5-0 defeat to Crystal Palace left the club languishing third from bottom in England’s top flight. His overall Manchester United record saw him win 30 out of his 81 games in charge.

Born in Cork in 1927, O’Farrell was a railway worker and a firefighter before joining Irish side Cork United in 1947. A year later, the left-half joined West Ham for £3,000 and made his debut for the Hammers in 1950. After over 200 appearances for the east London club, he joined Preston in 1956 where he played alongside club legend Sir Tom Finney.

O’Farrell was also capped nine times for the Republic of Ireland national team between 1952 and 1959, scoring twice for his country.

It was with great sadness that the Club heard the news that their former manager Frank O’Farrell died on 6 March 2022, aged 94.

He turned out for Weymouth before ending his playing days in 1961 due to injury, immediately stepping into management at the club he retired at. He spent four years at Weymouth before moving to Torquay United, where he achieved promotion to the Third Division.

Before moving to Manchester United, O’Farrell had a spell at Leicester City, where he managed them to the 1969 FA Cup final, losing to Manchester City, and he could not prevent them from relegation from the First Division, but earned them promotion back to the top flight in 1971.

He signed a five-year contract worth £15,000 a year at Old Trafford, with club legend Busby recommending O’Farrell for the role. After being sacked as Red Devils manager, he had brief spells with Cardiff City, the Iranian national team and Al-Shaab, while he also returned to Torquay on two occasions.

A statement from Torquay read on Monday: “Having achieved so much at Torquay United AFC, and having laid the foundations for many of its later successes, Frank O’Farrell’s status as a club legend is unquestionable, and although his passing leaves a void that will never be filled, we remain privileged that such a large and successful part of his career was spent at our club.

“The thoughts, prayers and condolences of everybody at Torquay United AFC go out to all of Frank’s family and friends at this very sad time.”

O’Farrell retired from management in 1983 but held roles as a scout for Everton and Bolton Wanderers, while he also ran a nursing home with his wife, Ann, in Devon.