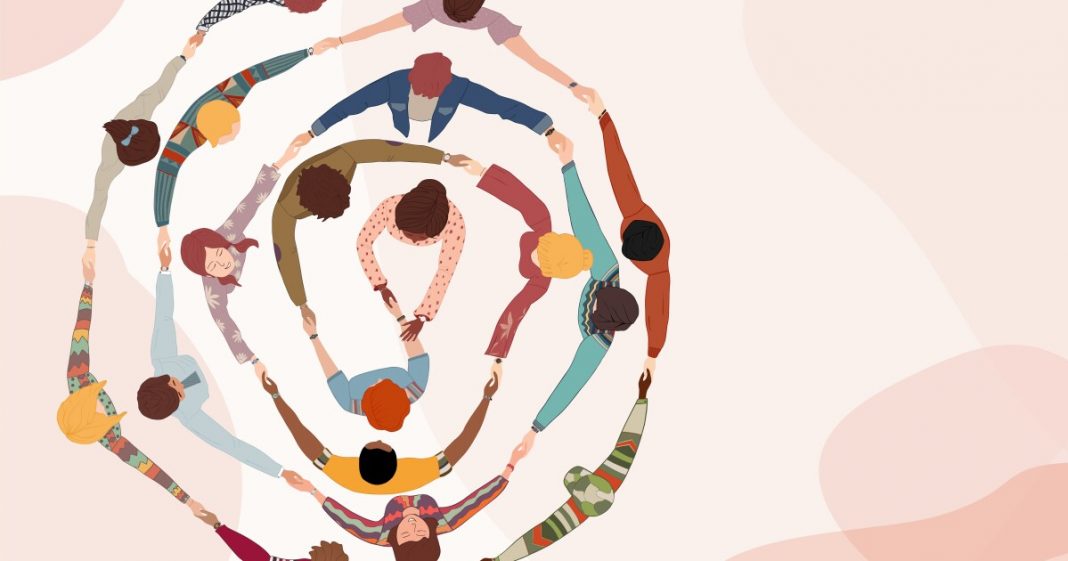 
The answer to quelling the political and social warring among students today might lie in a simple Aristotelian philosophy: Friendship is essential to creating a just and democratic society.

The first year of college is a crucial time for students to develop and sustain diverse relationships.

“Colleges and universities talk so much about their civic missions to prepare 21st-century graduates who can work in diverse workplaces and change their communities for the better,” said Tara D. Hudson, an assistant professor of higher-education administration at Kent State University. “But one of the most powerful ways to do that is through helping students cultivate these boundary-crossing friendships.”

Since the the late 1970s, when decisions about affirmative action were first cropping up in the U.S. Supreme Court, research has emerged examining the positive impacts of interracial friendships on learning in colleges. But Hudson and her co-authors were curious about exploring thesteps institutions can take to create campus environments that foster these “boundary-crossing friendships.”

Hudson and her co-authors, Alyssa N. Rockenbach, a professor of higher education at North Carolina State University, and Matthew J. Mayhew, professor of educational administration at Ohio State University, decided to examine friendships that form across religious and faith backgrounds, factors that hadn’t been as extensively researched as race.

Although students may develop such relationships on their own, the researchers discovered that college administrators can play a crucial role in fostering them. When colleges create opportunities — such as campus spaces, policies, and programs — to nudge these relationships along, friendships among students from different religious backgrounds thrive.

To foster these interfaith friendships, Hudson said, educators must create campuses that are supportive and welcoming. Designating places dedicated to different religious groups, as well as interfaith spaces, could help bring students of differing worldviews together. Colleges should also acknowledge the holidays of nonmajority religious groups, and educators should model interfaith relationships themselves by fostering these relationships in their own lives, Hudson said.

“If students hear educators saying they need to be reaching out across social boundaries, and they don’t see the educators doing the same thing — that sends a mixed message,” Hudson said. “We as educators need to do a better job of building relationships across differences.”

When she’s spoken to some administrators about her research, Hudson said, they often say getting involved in students’ friendships is “beyond what we do as educators.” But she argues that the benefits of these relationships also trickle down into classrooms.

“Overwhelming evidence” points toward “peer interactions, and particularly friendships, as being the most powerful source of pro-social learning and development — beyond anything that happens in classrooms,” Hudson said.

Students who major in the arts, humanities, or religion — compared with students who major in the social sciences or education — were also more likely to forge these friendships. For educators, Hudson said, this could mean the climate encompassing these majors could be fostering or preventing these interactions, such as some majors having a more racially diverse student body than others.

The study used data from the Interfaith Diversity Experiences and Attitudes Longitudinal Survey (Ideals), a project partly led by the co-authors Rockenbach and Mayhem, which assesses students’ experiences with religious diversity. The survey polled 7,194 students at 122 U.S. colleges. All of the students surveyed were in their first year.

That first year of college, Hudson said, is a crucial time for students to develop and sustain diverse relationships. Students who build these friendships within their first year tend to maintain and expand those networks throughout college. The opposite is also true, Hudson said. Students who start out with a homogeneous friend group are likely to maintain that same group throughout college.

“This is why institutions need to set an expectation for students when they first get to campus that they expect students to be reaching out to others who have different beliefs, different values, who look different than them,” Hudson said.

Since she started this research back in 2013, Hudson said, exploring how to heal campus divisions has become all the more relevant. With the Covid-19 pandemic and recent political elections, there are many boundaries dividing the nation, she said. Colleges stepping up to foster friendships across social boundaries among this generation of college students, Hudson says, may be the key to reducing those divisions.

“If we as college and university educators are committed to reducing those divisions,” Hudson said, “then creating campuses where friendships across social boundaries can thrive is the most important thing that we as educators can do.”

Previous articleAI-enabled patient monitoring platform care.ai scores $27M in funding
Next articleIs This the Beginning of the End of the ‘U.S. News’ Rankings’ Dominance?
- Advertisement -