Grand National bid firmly on the agenda for Escaria Ten 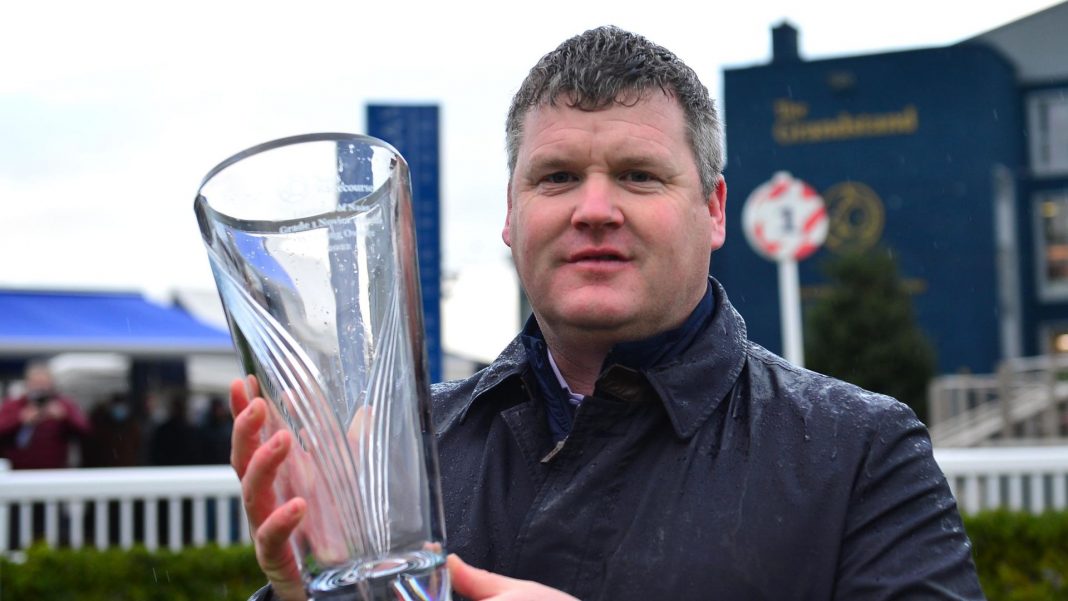 Escaria Ten is poised to take his chance in the Randox Grand National after a valiant run in defeat in the Bobbyjo Chase.

The eight-year-old went down by just a nose in the Grade Three event at Fairyhouse on Saturday, defeated by Ted Walsh’s fellow Aintree hopeful Any Second Now.

Liverpool in April is now the next port of call for Escaria Ten, who will head straight to the to bid for a fourth success in the big race for trainer Gordon Elliott.

Third to leading Gold Cup contender Galvin at the Cheltenham Festival last year, the bay was eighth of 18 in the Thyestes Chase at Gowran Park in January and connections were minded to wait for the National after that performance, but Elliott felt the horse would be improved by another run.

“We were delighted, we thought he was absolutely superb,” said Iain Turner, racing manager to owners the McNeill family.

“It’s thanks to Gordon and his team – we thought after the Thyestes we’d go straight to Aintree, but he thought he could probably take him and give him another run just to bring him forward again.

“He showed the improvement from Gowran and he’s come out in absolutely fantastic shape, the next stop is Aintree and we won’t be going anywhere in between.”

Bobbyjo victor Any Second Now is generally the 10-1 favourite for the National, with the two horses that came home behind Escaria Ten – Burrows Saint and Coko Beach – both holding entries for the race also.

Escaria Ten is a best-priced 14-1 for Aintree, and Turner added: “The four horses in the race are all entered in the National, it’s got that history and of course Bobbyjo is a former National winner himself.

“We’ve not had that many runs with this horse and that might help bring him forward, get him battle-hardened. We’ll see how we go, but we’re really happy with him.”

Previous articleSuper League and Rugby Football League (RFL) set to realign in major change for rugby league governance
Next articleWhat Was This? Nancy Pelosi Stood Up and Cheered When Biden Talked About Soldiers Breathing in Toxic Smoke from Burn Pits
- Advertisement -