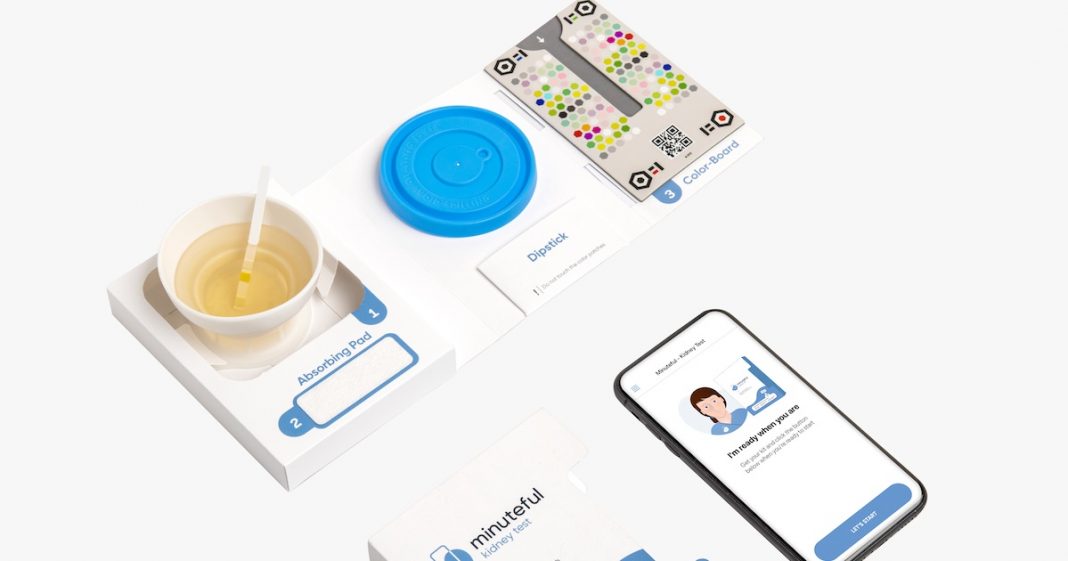 Smartphone urinalysis company Healthy.io is partnering with Blue Cross of Idaho to offer its at-home kidney damage test to members.

The multi-year collaboration will provide the company’s Minuteful Kidney test, which recently received FDA clearance for home use, to Blue Cross employees and Medicare Advantage members. The insurer said the test kits will first be offered to employees this month before a broader rollout with MA beneficiaries in 2023.

The Minuteful Kidney test is used to determine the increased presence of a protein called albumin in the urine, which can be an early sign of chronic kidney disease. Users take a photo of their test strip alongside a color board, and Healthy.io’s app provides their albumin to creatinine ratio (ACR).

Blue Cross and Healthy.io are pitching the partnership as a way to find chronic kidney disease in members early, as they may not notice symptoms until later stages of the disease.

“Minuteful Kidney plays an important role in improving health equity by increasing access to a critical test that can facilitate the early detection of CKD,” Paula LeClair, U.S. General Manager of Healthy.io, said in a statement. “We are delighted to be working with Blue Cross of Idaho to put this reliable, easy-to-use test in the palm of so many hands across the state.”

Founded in 2013, Healthy.io has offices in Israel, the UK and the U.S. In early 2022, the company announced a partnership with Dubai’s Seed Group to expand operations in the United Arab Emirates.

According to the FDA’s database, it has received three 510(k) clearances, with the most recent green light coming in the summer this year. The company also expanded into wound management and tracking several years ago.

Healthy.io closed an $18 million Series B and a $60 million Series C in 2019. In 2020, it acquired competing smartphone diagnostics company Inui Health in a roughly $9 million cash deal.