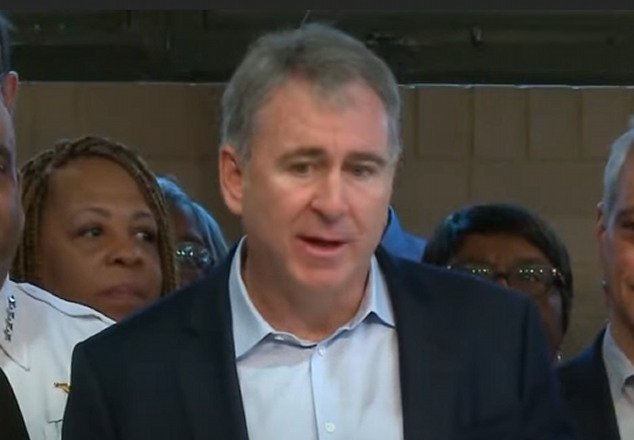 
Yet another large company is leaving behind the crime-ridden city of Chicago.

The hedge fund firm known as Citadel will be moving its operations to Florida, citing a more business-friendly environment.

When are the leaders of Chicago going to start getting the message?

TRENDING: BREAKING: Senate Votes 65-33 to Approve Gun Control Legislation and Red Flag Laws – Here are the 15 Republicans Including Mitch McConnell Who Caved and Voted with Democrats

Ken Griffin, the richest man in Illinois, is moving his Chicago-based hedge fund to Miami.

In a note to employees at Citadel, Griffin announced he already has moved his family to Miami, and will soon be bringing the company with him, though some Citadel employees will remain in Chicago.

“Chicago will continue to be important to the future of Citadel, as many of our colleagues have deep ties to Illinois. Over the past year, however, many of our Chicago teams have asked to relocate to Miami, New York and our other offices around the world,” Griffin wrote. “We recognize that the choice of where to call home involves personal, family, school and other considerations, and we will provide comprehensive support to meet the needs of our teams.”

A spokesperson points to Florida’s business-friendly climate and Chicago’s violence as reasons for the move, saying, “talent wants to live in cities where they feel safe.”

According to a company spokesman, Citadel has about 1,000 employees in Chicago. It’s unclear how many of them will be relocating.

Citadel Securities, a related e-trading firm also owned by Griffin, also will be making the move to Miami.

Chicago is bleeding tons of business, and a lot of it has to do with crime.

“I’ve had multiple colleagues mugged at gunpoint. I’ve had a colleague stabbed on the way to work. Countless issues of burglary. I mean, that’s a really difficult backdrop with which to draw talent to your city from.” https://t.co/U8YEiMDbyX

It’s going to hit Illinois right in the wallet, too.

About tax revenue hit IL will take from Citadel’s Miami move: A Citadel spox tells @FreeBeacon that Ken Griffin pays over $200 million annually in state income tax, and that Citadel employees have paid over a billion in state income tax in past decade – https://t.co/CtVtHbAchb

The entire business landscape of the country is changing right before our eyes.