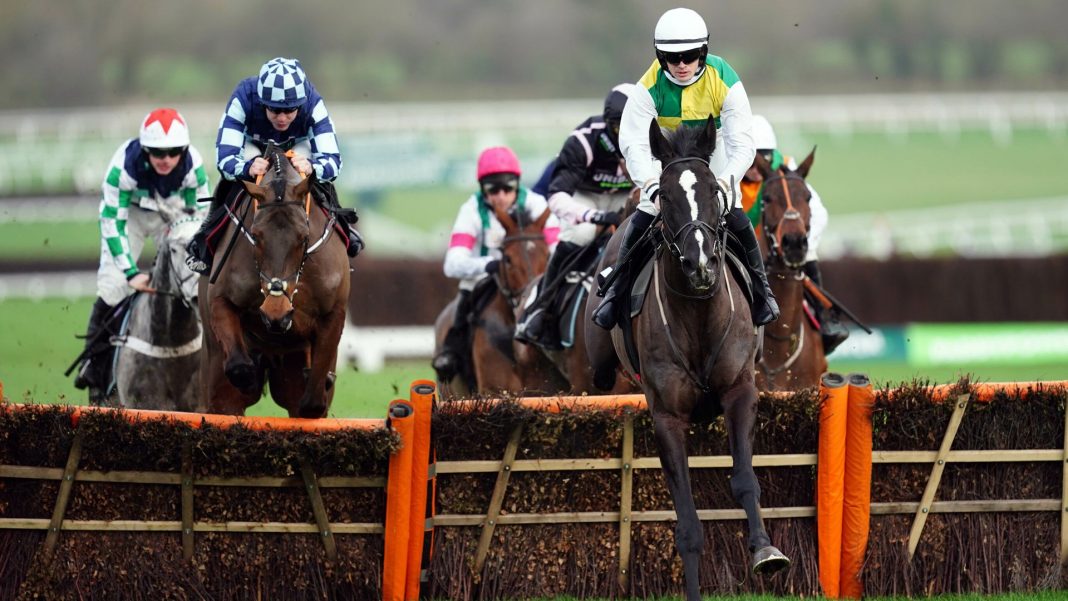 The towering Hillcrest, who sports the colours of the late Trevor Hemmings, landed the Grade Two Prestige Novices’ Hurdle on his last outing at Haydock, having previously lost his unbeaten record when unseating Richard Patrick after being hampered by a faller in the Classic Novices’ Hurdle at Cheltenham.

The seven-year-old is entered in both the two-mile-five-furlong Ballymore Novices’ Hurdle and the Albert Bartlett over three miles at next week’s Cheltenham Festival, with trainer Henry Daly admitting the shorter race is all but ruled out.

While the handler is uncertain as to whether Hillcrest will turn up at Prestbury Park at all, having run – and won – on February 19, he has been pleased that the additional schooling sessions with top eventer Collett have given him more experience.

Hillcrest schooled well at Downton Stables on Tuesday under Patrick, and Daly said: “He is fine. It was a good session.

“He did some schooling at Laura’s last week and the week before. Whether it has helped his jumping or not, the proof of the pudding will be in the eating. But he schooled nicely yesterday and we are very happy with him.”

The Shropshire trainer is keeping his options open before deciding which option Hillcrest will take up.

He added: “We haven’t decided yet. More likely it will be Albert Bartlett, if we go there. Cheltenham, as I’ve said, isn’t the be-all and end-all with this horse. If not, it will be Aintree (Sefton Novices’ Hurdle), we just haven’t made that decision.

“Whichever race, whatever the trip, it is like all those things, it is a championship race and none of them are easy.

“We will make a decision towards the end of the week. I will have a chat with Mick (Meagher, racing manager) and see how we go.”