His Photos Sought to Center Black Lives in Chapel Hill. Then the Exhibit Was Canceled. 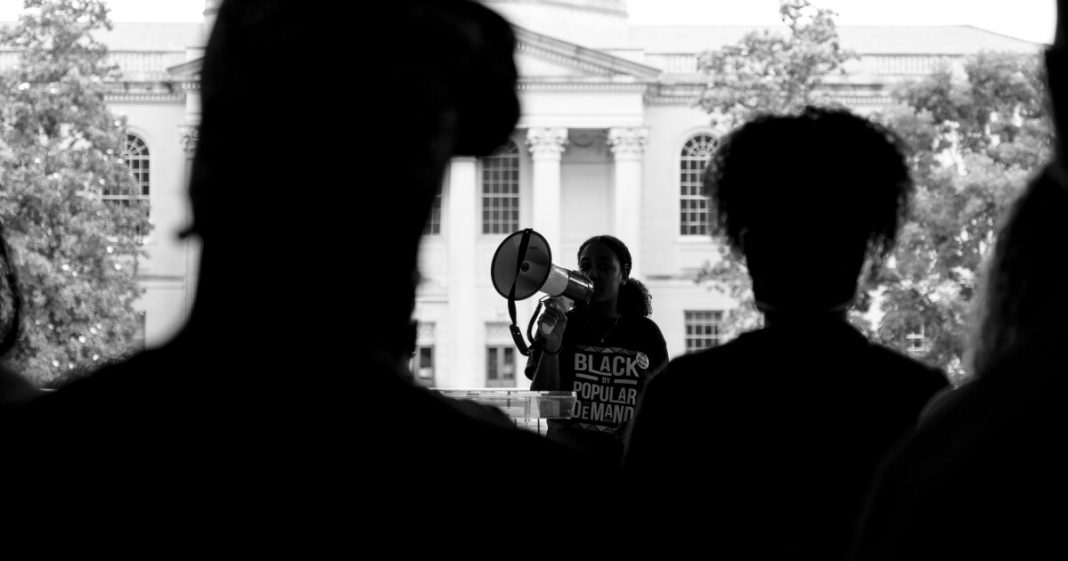 
Cornell Watson’s photographs are supposed to be hanging right now in a gallery at the University of North Carolina at Chapel Hill. Watson, a freelance photographer who grew up in Weldon, N.C., titled the planned exhibit “Tarred Healing” and focused it on places that were important to the Black community in and around the university.

Instead, the exhibit has been canceled with little explanation from the gallery, except that some of the work was featured recently in The Washington Post, including photos the gallery had sought to bar from its walls.

The gallery’s decision has raised questions about whether university officials sought to censor images that showed the institution in an unflattering light, including photographs of students protesting the Board of Trustees’ deliberations last year over whether to offer the journalist Nikole Hannah-Jones tenure for an endowed position as professor.

University officials who were overseeing the planned exhibition sparred with Watson over those documentary photos as well as a conceptual piece that shows the Unsung Founders Memorial — a campus monument that commemorates the enslaved people who were forced to build the university — positioned visually beneath the silhouette of a man holding a noose.

The university said its decision had been based on an unauthorized use of the photos. “I was made aware that a photo essay, with the name of our exhibition, had been printed in The Washington Post that also included the photographs we’d said should not be a part of our show,” said a written statement from Joseph F. Jordan, vice provost for academic and community engagement and director of the Sonja Haynes Stone Center for Black Culture and History, where the exhibit was to be held. “We were not consulted and had no prior knowledge of Mr. Watson’s submission to the Post,” the statement said.

In a call with reporters, Jordan said the center had made it clear from the beginning that the exhibit was meant to be a collaboration. Staff members at the center took Watson to sites they wanted to highlight, he said, and introduced him to people to talk to.

Jordan said he was the one responsible for making sure the images were “thematically in line” with what the center was trying to do. The goal of the exhibit, Jordan said, was to give “people a place to have a moment with these sites that they’ve never been allowed to have,” not to make people uncomfortable.

Watson said that in his other museum exhibits the institution has offered a standard contract that gives it the right only to display the work, not to limit its use in other venues. For example, he said, photos from his collection titled “Behind the Mask” were displayed in a gallery at nearby Duke University but were also featured by The Washington Post.

“Normally, a gallery would be excited about this level of press coverage,” Watson said.

The Stone Center, however, had no written or even oral agreement about whether the photos could be shown elsewhere, Watson said. If it had tried to place limits on how his photos could be used outside the exhibition, he would not have taken the assignment, which included a $5,000 stipend as a visiting artist.

What’s more upsetting to Watson, he said, is that the story he was seeking to tell through the photographs was first limited by the center and is now being quashed altogether. “After you gave me an ultimatum of either having an exhibition with only part of the photo story or no exhibition at all, I agreed to move forward only because I believed this story needed to be told,” Watson said in a February 22 email to Jordan after the exhibit was canceled.

There is also some irony in the decision to cancel, Watson said, because the center was named for Sonja Haynes Stone, a prominent associate professor of Afro-American studies and an early advocate of the Black Studies Movement on campus. Like Hannah-Jones, Stone was initially stymied in her bid for tenure before student protests helped spur the university to offer it to her.

“This was a chance for people to gather in one place and see their stories told in a true, unapologetic way,” Watson said in an interview. “It was a moment for healing, and here we are going backwards from the healing component.”