How a global nickel shortage could disrupt the electric vehicle industry 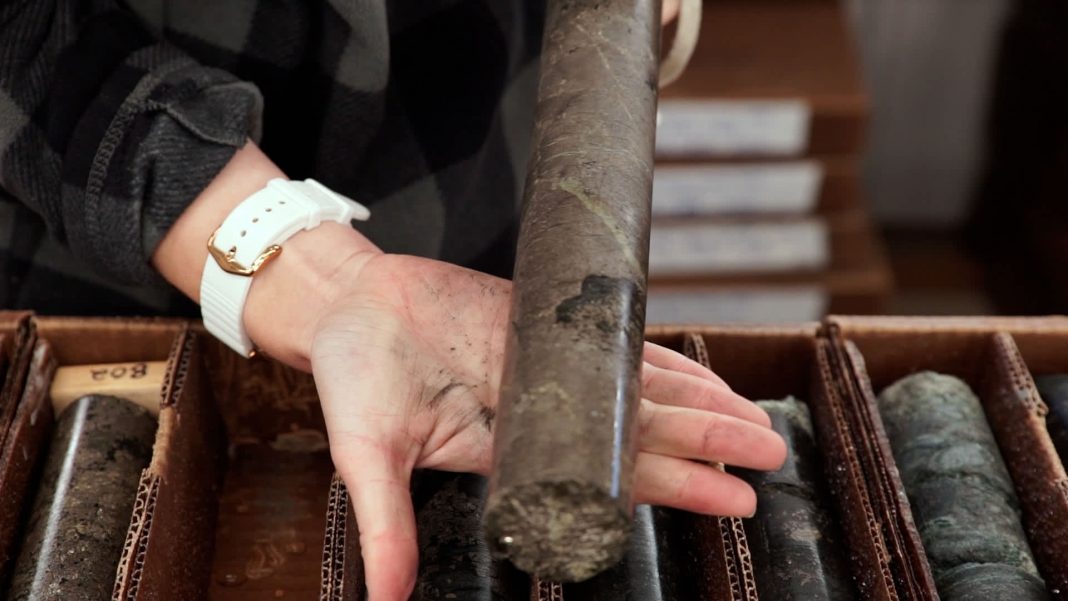 As automakers around the world set bold targets for vehicle electrification, many in the industry are looking to nickel — an integral component of most lithium ion batteries — as a major hurdle.

While there’s enough nickel in the ground to support a major EV ramp up, there are not enough planned mining projects or processing facilities to make the type of high-grade nickel that’s needed for EV batteries.

Meanwhile, the nickel content in battery cells is only increasing, according to Mark Beveridge at Benchmark Mineral Intelligence. That’s because more nickel means energy density.

“We’re heading towards, you know, 90 percent of the cathode being nickel for certain specific cell types,” Beveridge said.

Russia has a lot of high-grade nickel, and its invasion of Ukraine has sent prices soaring to record highs due to fears of supply disruptions, even causing the London Metal Exchange to suspend nickel trading for a week.

Meanwhile, the U.S. is short on domestic nickel resources. The Eagle Mine in Michigan is the nation’s only primary nickel mine, and it’s expected to close in 2025.

Enter the proposed Tamarack Mine in Minnesota, which is being developed by Talon Metals and mining giant Rio Tinto. Although it’s yet to go through the permitting process, Talon has already secured a supply deal with Tesla to get Tamarack nickel into EV batteries.

Elsewhere though, the project pipeline for new, high-grade nickel mines has largely dried up, and communities often push back against proposals for new mining projects.

The Tamarack mine is no exception.

Paula Maccabee, a Minnesota lawyer serving as the Advocacy Director and Counsel for the nonprofit WaterLegacy, has questions. “How much nickel will be getting into our drinking water? Where will that toxic nickel go when an underground mine has gaps and fissures?”

Currently, the majority of the world’s nickel is used in the stainless steel industry. Beveridge estimates that batteries make up slightly more than 10% of total demand, though that balance is expected to shift rapidly in the coming decades.

“If we go forward 10 to 15 years, we’re actually looking to a future where the battery sector could provide more than 50 percent of the demand for nickel units by that time.”

But not all nickel is high quality enough for use in EV batteries — it needs to be so-called “class one” nickel, with at least 99.8% purity. No nickel is this pure naturally; it all needs to be refined. But the higher the grade of the original nickel deposit, the easier and less energy it takes to process it.

The site of the proposed Tamarack mine is a high-grade nickel sulfide deposit.

“You know, some of our grades we’ve seen up to 12 percent nickel, which globally is very high. That’s some of the highest grades I’ve ever seen in my career, ” said Brian Goldner, Chief Exploration and Operations Officer at Talon.

Nickel sulfides are typically found deep within the earth, and are extracted via underground mines. Currently, the U.S. sources most of its nickel sulfides from Canada, Norway, Australia, and Finland, but there are very few new sulfide mines in the works.

Additional nickel could come from laterite, a lower-quality but more prevalent type of nickel ore that’s found near the earth’s surface and extracted via open-pit mining. Indonesia and the Philippines mine the most laterites, while Australia and Brazil also have large reserves.

A nickel laterite mine in New Caledonia.

The problem is that upgrading low-grade nickel laterites for use in EV batteries involves extremely energy-intensive processes, such as high pressure acid leaching, in which laterite ore is heated to an extremely high temperature, mixed with sulfuric acid, and pressurized.

“The CO2 footprint would be in the order of about 15 to 20 times more than what we can do with a deposit like what you have at the Tamarack project, ” said Henri van Rooyen, CEO of Talon Metals.

That’s one reason why many in the EV industry believe it’s important to develop new nickel sulfide mines, particularly in the U.S. and allied countries like Canada, Beveridge says.

“Not only does it potentially bring supply closer to an end user in future, a North American end user, but it also gives that end user the ability to say that they are using a cleaner source of nickel, which is obviously good for their marketing of their product.”

Overall though, mining is only one step in the convoluted nickel supply chain. After nickel is mined, it’s often sent to another country to be refined or transformed into nickel sulfate, and sent overseas yet again for battery assembly. All of this transport just adds to the carbon-intensity of the whole process.

While there are plans for domestic nickel refineries in development, the U.S. currently doesn’t have any. So even if Tamarack is operational by its target date of 2026, that nickel still might get shipped around the world before ending up in American EVs.

Before anything else, the Tamarack mine needs to go through the environmental review and permitting process. And there’s no guarantee that this will be as quick and easy as Talon hopes.

The main concern with sulfide mining is potential pollution of the surrounding groundwater and surface water. In Minnesota, lawsuits have kept a different proposed copper-sulfide mine stuck in the environmental review and permitting process for 17 years. Maccabee, who has been a plaintiff in a number of these lawsuits, says the Tamarack project poses familiar worries.

“There are a lot of community meetings and a lot of public relations. But when the community has asked, What is the evidence? Where is your hydrology evidence of where the pollution would go….? They have received no information whatsoever.”

Talon hopes to start the environmental review process by early next year, at which point the public will gain access to the information Maccabee wants. But she’s concerned that unless all the data is released upfront, regulators and the public will prematurely support the project.

If Talon does face community pushback and delays, that could end up voiding its deal with Tesla. The automaker can walk away from the deal if the mine isn’t up and running by 2026.

Adrian Gardner, Principal Nickel Analyst at Wood Mackenzie, thinks that’s an overly ambitious target. “It was a good deal earlier than would be possible, feasible in our view, for permitting approval and construction.”

But Gardner believes that lithium-ion battery recycling, as opposed to mining, could provide a more fruitful and sustainable supply of nickel anyway. Though this technology is still quite new, battery recycling companies like Li-Cycle and Redwood Materials have already entered into partnerships with major automakers.

“There are at least five or six companies within the USA alone, each of whom have their own proprietary technologies,” Gardner says, though he doubts that recycling alone will provide all the nickel needed. “Will it be sufficient to cover off total EV demand? I doubt it, but it is in tandem with the traditional technologies that are available and used today.”

Even as battery recycling ramps up and gets cheaper, mining for nickel is still going to be a part of the equation. The Tamarack project, if it does get permitted, would only make a small dent in the global nickel shortage. But the Talon team hopes that this project will help to prove that mining can be done in an environmentally responsible manner.

“I’d like for our teams to be able to say that we found it. We developed it… Environmentally friendly, socially responsible metals, ” van Rooyen said, ” And that it’s driving our vehicles and that these metals are going to be recycled into the next battery and the next battery. So I’ll be long gone and these metals will still be alive.

Watch the video to learn more about nickel mining and to see the work going on at Talon Metal’s proposed mine in Tamarack, Minnesota.

Previous articleIs this market bounce for real? A review of the evidence
Next articleWhy companies spend millions on crash test dummies
- Advertisement -