How to build an American majority, not a Republican majority – lessons from the Contract with America 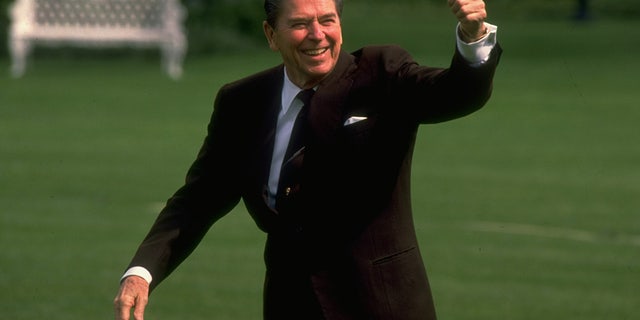 The Contract with America became famous because it was the centerpiece of the House Republican campaign, which won a majority for the first time in 40 years.

As I mentioned in part two of this series, the Contract campaign stood on President Ronald Reagan’s shoulders.

The Contract’s Capitol Steps rally of candidates was modeled after the one with Reagan in September 1980. We knew it would draw media attention – because we had already done it.

REPUBLICANS, REAGAN STILL HAS LESSONS TO TEACH US IF WE WANT TO BUILD AN AMERICAN MAJORITY

In fact, Reagan himself had described a contract at that 1980 event saying, “This occasion marks the first time that legislative and executive candidates of a party have come together to propose a contract with the American people. But the times demand a unique response: For too long, government has been distant and uncaring, now we must return government to the people.”

The Contract was written with an understanding that nothing that was supported by fewer than 60 percent of the American people could be included. Ideally, we were aiming to only include issues with 70 percent support or more. By definition, that meant we were writing a bipartisan document that appealed far beyond the Republican base.

Finally, most of the specifics in the Contract grew straight out of President Reagan’s policies. For example, candidate Reagan had advocated a work-oriented welfare reform in his first race for governor in 1966. We finally passed it into law in 1996 (and it became the most successful conservative reform of our lifetime).

We added one other rule to our development of the Contract. We knew that the news media was our active opponent (many of its members had worked as Democratic staffers previously). So, we insisted that some of our favorite conservative issues (specifically, right to life and school prayer) would not be included in the Contract.

If we had included them, The New York Times and others would focus solely only on those issues and the rest of our agenda would be buried. This was a tough decision, because I am strongly pro-life and believe America would be much better off with prayer back in school. However, looking back, it was the right move because the media would have totally ignored all the strong points of the Contract and distorted it as a narrow, southern, right-wing document.

The biggest misunderstanding about the Contract was its bipartisan nature. The news media had to find an explanation for our stunning victory after four decades in the minority, and left-wing pundits could not blame the arrogance, corruption and failures of their friends in the Democratic Party. Therefore, they had to blame me – and interpret our victory as narrowly partisan.

However, note how the Contract was framed in a speech on the House floor on Sept. 22, 1994, a week before the Capitol Steps signing ceremony:

“You might say, why are we being positive about this? I think that there are two very profound reasons why it would be good to have a positive campaign in October 1994, rather than a negative campaign.

FILE – UNITED STATES – NOVEMBER 09, 1998: Speaker of the House Newt Gingrich, R-Ga., makes his first visit to the Capitol after announcing that he will be stepping down from his position as speaker.  (Photo by Douglas Graham/Congressional Quarterly/Getty Images)

“What people want to know, I think, is what are you going to do differently? Our challenge to the Democrats is if they do not like our 10 bills, what are theirs? If they do not like our three reforms, what are theirs? Let us have a debate between ideas, but let us not have the kind of negative smear tactics that have driven the country, I think, to distraction, and have broken down any willingness to have a decent political debate.

Our bipartisan, American majority approach enabled House Republicans to survive the 1996 loss of the presidential campaign – and retain the majority for the first time since 1928. The American people endorsed the positive attitude, positive reforms, and focus on an American rather than a Republican agenda.

“These are real policy proposals. We are going to have next Tuesday a whole set of bills.

“All 10 bills are already going to be written and available.

“There is a second reason, I would argue, why it would be good to actually try to have a debate in October on the issues. I think this country is in trouble. People have talked about the economic recovery and all this stuff. Nonsense. The underlying core pattern of where America is at is real trouble.

“If you do not believe me, watch any major city local television news, including Washington, for two nights. The child abuse, the rape, the murders, the cocaine dealing, the problems of American life are unbelievable. I am a history teacher, and I tell every audience that as a matter of history, not politics, as a matter of history, it is impossible to maintain American civilization with 12-year-olds having babies, 15-year-olds killing each other, 17-year-olds dying of AIDS, and 18-year-olds getting diplomas they cannot read. I don’t think that is debatable. I think it is clear.”

My speech has modeled on Reagan’s statement on the Capitol Steps 14 years earlier. He said: “Speaking personally, I can remember the many times in California when I reached out to members of the other party in order to pass important legislation. I know that all of us here today, as a team, will also seek close cooperation with the other side throughout our terms.”

The bipartisan appeal of the Contract with America can be seen in the voting pattern on the House floor.

The specific Contract items averaged getting 63 Democrats voting with the House Republicans. I know this is the opposite of the news media mythology, so don’t take my word for it. Here are the key votes in 1995:

*H.J.Res.73, “Proposing an amendment to the Constitution of the United States with respect to the number of terms of office of Members of the Senate and the House of Representatives” – 189 Republican and 38 Democratic yea, 40 Republican and 163 Democratic nay. 1 Independent nay; 1 Present and 3 Not Voting. Total vote of 227 to 204 failed to reach 2/3 required.

Our bipartisan, American majority approach enabled House Republicans to survive the 1996 loss of the presidential campaign – and retain the majority for the first time since 1928. The American people endorsed the positive attitude, positive reforms, and focus on an American rather than a Republican agenda.

The ability to legislate with a bipartisan majority continued in 1997, when we moved to balance the federal budget (which succeeded in balancing for four years for the only time in your lifetime).

When the final balanced budget conference report came up, it passed by a vote of 346-85 (with 193 Republicans and 153 Democrats voting for the measure and 32 Republicans, 52 Democrats, and 1 Independent voting against it).

We had achieved this line of bipartisan majorities for conservative reforms because we had followed the lesson of President Reagan and the strategies he had learned at General Electric.

If you are determined to be an American majority, and you are committed to listening to and learning from the American people, it is amazing how much the grassroots will help you legislate in a bipartisan way.