Huddersfield Town defying the odds in the Championship with unbeaten run: Leigh Bromby on the club’s renaissance


At the end of November, Huddersfield were doing well. Eighth in the Championship represented progress after risking relegation last season. What has happened since has been truly remarkable.

No team in the Championship has picked up more points since the start of December. No other team in England’s top two divisions has remained unbeaten in the league in that time. It has lifted Huddersfield level on points with second-placed Bournemouth.

There has been no change of coach. Carlos Corberan was appointed in July of last year. Leigh Bromby, the head of football operations, took on the role shortly before that having been with the club since 2014. This is a triumph of patience and persistence.

The club was in the Premier League as recently as 2019 but theirs is hardly a story of financial muscle as they compete with the Championship heavyweights. With the bookmakers, Huddersfield were third favourites for relegation at the start of the season.

“It was a difficult moment in the summer,” Bromby tells Sky Sports. “There was that negativity. But the players have won over the supporters with their performances. Carlos is growing into the role and has that better connection with the supporters.

“We have to be creative and innovative to find ways to succeed.” 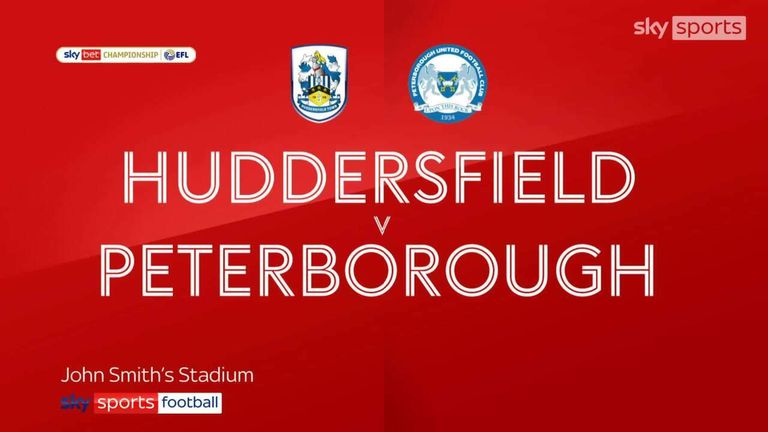 Highlights of the Championship game between Huddersfield and Peterborough

That innovation began with the appointment of Corberan. The young Spaniard had been part of Marcelo Bielsa’s coaching staff at Leeds United, impressing Bromby with how he had set up their development team to play a dominant, aggressive style of football.

“He was not the finished article by any means in terms of being a head coach in the Championship but he is someone with a clear way of playing. He is very creative but we know that needs time. He is 38 and this is his first role as a head coach.”

That first season began well despite Corberan having taken the job in less than ideal circumstances. “We gave him three weeks of a pre-season and a really short transfer window. We were under no illusions. It was going to be difficult.”

The team faded after the turn of the year. “We knew the squad did not have the depth to deal with the Championship.” And three wins from 24 games made progress hard to spot. “But watching him train the players day-to-day, the green shoots were there.”

Lessons were learned. Off the field, relationships were strengthened. The injury record has improved as a result. “That is because we learned last season what Carlos’ demands were in training. And one of his strengths has been that he has listened to the staff here.” 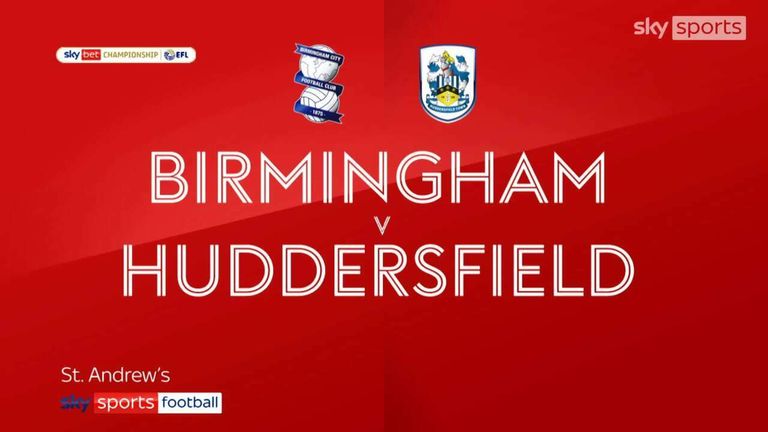 Highlights of the Championship game between Birmingham and Huddersfield

On the pitch, there has been an overhaul of the playing squad since that Premier League adventure. Only the experienced Jonathan Hogg remains. The wage bill has been cut. This run has been built on young talent and those players undervalued elsewhere.

They recruited early in the window. “We know he is good on the grass and it takes time to adapt.” The focus was on shifting the dynamic in the dressing room. Experienced heads in Tom Lees and Jordan Rhodes were brought in to help set the tone for others.

“We call them our cultural architects,” says Bromby.

“With the recruitment guys, what we looked at was the culture in the dressing room and what is needed to be successful in the Championship. Their standards day-to-day in the club are excellent. They are in the gym, they are professional with their nutrition.

“Their positivity around the other players is huge. That was important for us to get that balance right in the dressing room with players who could teach those standards. That has set Carlos up for success. All those little bits have come together to help with results.”

The signing of Lee Nicholls required some imagination. The 29-year-old goalkeeper had lost his place at League One side MK Dons and arrived at the club on a free transfer. He has been a revelation, a key factor in the team’s 16-game unbeaten league run.

“He is a totally different athlete this year. With Carlos’ training model and the work being done behind the scenes, we are set up really well for players to come in and do what Lee has done. Ultimately, he is one of the best goalkeepers in the Championship.”

Bromby has embraced the challenge of “trying to find players who fit our style who also have room for an uplift” and there are examples of that throughout the team.

Sorba Thomas is the poster boy for that policy. Signed from Boreham Wood, initially to be part of Huddersfield’s successful B team operation, he is now a Wales international and one of the most exciting young prospects in the Championship.

“I thought he was a perfect fit,” says Bromby.

“What we really liked about him is that he was taking set pieces with both feet, he was a standout in terms of his dribbling ability, and he played lots of different positions. Carlos is very creative in terms of playing different formations and changing formations in games.

“What he has done unbelievably well is that he has made that step really quickly. One thing I would say about him is that he came back earlier for pre-season than any other player. That shows his intent and where he wants to be. He is one of the fittest players at our club.”

Josh Koroma is the team’s top scorer after being signed from Leyton Orient when they were in the National League and loaned to Rotherham last season. “There are opportunities there, players of real potential. We have to look at markets that others would not.”

Elsewhere, there is 21-year-old Jon Russell, who has just broken through into the first team after being released by Chelsea following an underwhelming loan spell at Accrington. Huddersfield saw something. “We felt he had a lot of potential for how we play.”

In each example, the talent was identified early but the process of developing the player after he arrived in the building has been the key part. “We put them in a programme to help them and they are flourishing. We think we can get the best from players.”

That does not just apply to the younger players. Rhodes, now 32, has the lowest body weight of his career right now. Matty Pearson, a 28-year-old free transfer from Luton, has just registered his highest ever top speed. “There is always room for improvement.”

The result is that Huddersfield, against the odds, are in with a chance of automatic promotion let alone a play-off place. Elimination from the FA Cup on Monday evening ended their unbeaten run in all competitions but allows them to focus on the Championship run in.

Dare they dream of a Premier League return?

“That is the hardest part about football, enjoying the moment,” says Bromby. “The players are giving everything.”

There is a theory that Huddersfield did not make the most of their time in the Premier League, but Bromby disagrees. “The training ground has improved significantly. The legacy here is that we have players within the academy who we feel can play in the first team.

“That is what being in the Premier League allowed us to do.”

Indeed, perhaps the legacy is in the people.

“There has been a lot of learning,” he adds.

“We believe the level of staffing here is that of a top Championship club and one capable of playing in the Premier League. We are set up here for success. We believe if we ever have the opportunity to go up again we are better set up this time than last time.

“The challenge is to get near to that again.”