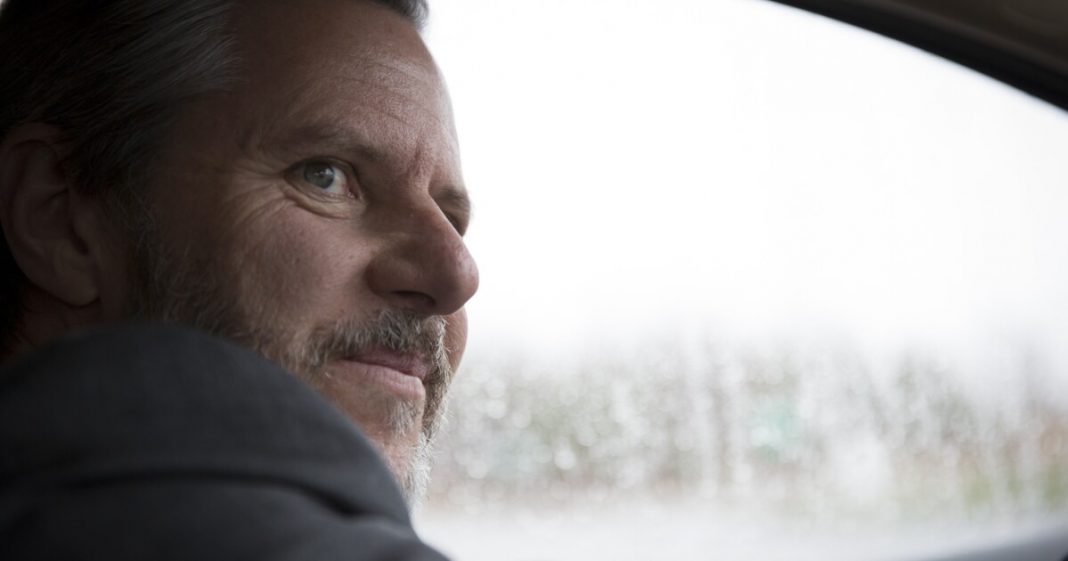 
The bitter war of words between Jerry L. Falwell Jr. and Liberty University — the institution Falwell led for over a decade — shows no signs of abating, per newly filed federal records obtained by The Chronicle.

In the most recent Form 990 that Liberty filed with the Internal Revenue Service, the university disclosed that Falwell earned $3.5 million from the institution in 2020 — $2.4 million of it from severance. But Liberty also accuses Falwell and his family of benefiting from a series of dubious financial transactions during Falwell’s last five years as president of the Christian mega-university. The recriminations follow the filing of dueling lawsuits by the two parties in state court in 2021, and before that, the pair’s very public and acrimonious separation in August 2020.

Among the accusations Liberty levels against Falwell in its 990:

In a statement to The Chronicle, a lawyer for Falwell disputed the veracity of “virtually all the statements” made by Liberty to the IRS. He also suggested that an examination opened by the IRS into Liberty’s operations during the 2019 fiscal year may have motivated the institution to make such allegations.

“This appears to us to be Liberty positioning itself with respect to the IRS audit and improperly ascribing blame to Mr. Falwell,” the lawyer, Vernon E. Inge Jr., wrote.

Liberty makes a brief reference in its 990 to the IRS’s interest in the university’s operations in 2018-19: Liberty received notice of the IRS’s examination on September 30, 2021. And “management does not believe this examination will result in material liabilities or adjustments to the financial statements.”

A spokesman for the university declined to comment beyond the disclosures made in the institution’s federal return and financial statements.

The latest volley of accusations and countercharges offers a marked contrast to what was once a fruitful partnership between Falwell and the institution, during which Liberty became an online juggernaut. Liberty generated $1.5 billion in revenue in the 2021 fiscal year, and enrolled 123,000 undergraduate and graduate students during the 2019-20 academic year.

After overseeing the growth of Liberty into the online-education behemoth it is today, Falwell’s attention turned to courting clout and controversy within the national political and media arenas — even as some of his more colorful appearances in those spaces rankled members of his own community. His early and high-profile endorsement of Donald J. Trump for president later afforded him access to, and pull in, Trump’s administration.

But many of Falwell’s allies abandoned him in August 2020 after Falwell posted on Instagram a photo of himself posing with a pregnant Liberty employee while on vacation. Falwell had one hand around the woman’s waist, the other holding what appeared to be an alcoholic beverage. Placed on leave by the university shortly thereafter, new information soon emerged about a tangled relationship between the first family of Liberty and a Miami pool attendant named Giancarlo Granda. Falwell argues that what started as a chance meeting at a Miami Beach hotel eventually devolved into an extortion attempt against the Fallwells by Granda, which Granda denies. Granda alleges that a yearslong sexual affair with Falwell’s wife had the husband’s blessing, which Falwell denies. Almost immediately after those allegations became public, Falwell stepped down as president of Liberty.

The transactions called into question by Liberty in its recent filing raise their own questions about when Liberty became aware of the potentially problematic benefits, and when and how it determined those payments to be improper. Other public records and statements to the media offer ambiguous answers to those questions.

For instance, the “unreasonable compensation” allegedly received by Charles Wesley Falwell, Laura Falwell, and Sarah Falwell was not some highly guarded secret within Liberty’s organization. Because these three people were both relatives of President Falwell and employees of the very same institution, IRS rules required Liberty for years to disclose within its annual return the compensation it paid to each of the three Falwells each fiscal year. In the 2020 fiscal year, Liberty reported paying Charles Wesley $101,000, Laura $76,000, and Sarah $67,000. The return listing these compensation amounts was reviewed by the executive committee of Liberty’s board before it was filed with the IRS in May 2021, the university told the IRS. The return was also reviewed before filing by the institution’s acting president, in-house legal counsel, and chief financial officer. But Liberty did not alert the IRS to any excess benefit transactions within the returns it filed for the fiscal years 2016 through 2020.

In the return filed this year by Liberty with the IRS, the university told the agency that Jerry Falwell Jr., Charles Wesley Falwell, Laura Falwell, and Sarah Falwell had all expressed an intent “to make partial corrections of the excess benefits.” Indeed, after a change in Laura’s role at the university, Liberty now believes the compensation paid to her is reasonable. The university reached the same determination for Charles Wesley after it “made adjustments.” Sarah Falwell is no longer employed by the institution. And Charles Wesley and Laura no longer reside in university housing. The respective compensation amounts paid to each by Liberty in the 2021 fiscal year? Charles Wesley: $72,000; Laura: $78,000; and Sarah: $16,000.

And while Liberty alleges in its latest 990 that Falwell benefited from university-financed renovations and repairs to his personal residence, it also appears that certain board members would have, in theory, been at least somewhat aware of the nature of that arrangement before his resignation. Financial records prepared for Liberty and filed with the IRS in 2020 indicate university assets and manpower (valued at $175,000) were deployed during the 2019 fiscal year to renovate and repair Falwell’s personal residence “which is used for university purposes.” Such a reliance on university assets was necessary, Liberty wrote at the time, “due to security concerns related to using outside contractors.” The university also reported to the IRS that Falwell reimbursed Liberty on August 15, 2019, for the work.

An affirmation of review by the executive committee of Liberty’s board appears in the return for the 2019 fiscal year, as it does for 2020. And by the end of June 2020, Liberty estimated the institution had provided an additional $19,000 in construction services to Falwell and his personal residence, according to the institution’s financial statements.

Furthermore, when questioned by Politico, Liberty disclosed that Falwell and the board had reached an agreement, dating back to at least 2012, which allowed its then-president access to university construction services, the cost of which was then billed to Falwell.

Liberty, however, provides no indication in its Form 990 of what set of expenses related to Falwell’s home it considers unreimbursed: expenses it previously told the IRS had been reimbursed? Or is Liberty referencing previously undisclosed expenses which it now believes require payment from Falwell?

Liberty’s multimillion-dollar payment in 2020 to Falwell ultimately did not quell the dispute over how much the former chief executive believes he is owed. According to Liberty’s returns, Falwell received $3.5 million in total compensation in 2020: nearly $2.5 million in severance, as well as $830,000 in base pay, a $100,000 bonus, just over $122,000 in other taxable compensation, and $7,800 in nontaxable benefits.

Falwell has contended he is owed an additional $8 million from Liberty, an apparent reference to a deferred-compensation arrangement that the former president reached with his board when he still led the institution. At the close of June 2021, $8.7 million in deferred compensation had accrued in a supplementary retirement plan Liberty created for Falwell. In theory, had Falwell remained president of Liberty, he would have been entitled to that entire sum once his tenure extended past a certain date outlined in his contract. Instead, Falwell and Liberty split, thereby putting some or all of the compensation accrued for Falwell at risk of forfeiture.

Both Liberty and Falwell agree that he resigned. Falwell argues, however, that he resigned because Liberty violated his contract when it placed him on leave. Liberty alleges that Falwell only managed to secure such a generous compensation package by illegally concealing damaging personal information about himself and his wife, and that Falwell was obligated to disclose it to the board during contract negotiations. This purported failure would render the entire compensation arrangement void, Liberty argues.

In its most recently filed financial statement, Liberty speculates that a court might quash Falwell’s claim to the compensation altogether.

“The entire benefit is subject to forfeiture if certain conditions are not met or if a court rules in the university’s favor in pending litigation with Falwell,” the institution wrote.

Liberty and Falwell’s legal actions against each other remain active: Liberty argues that by failing to avail the institution’s board of alleged reputationally damaging personal activities, Falwell failed to fulfill his contractual and fiduciary responsibilities to the university, and also committed statutory conspiracy.

Falwell’s countersuit accuses Liberty of repeatedly defaming him, including when a high-ranking university official said the former president of the university had engaged in “sinful behavior.” Both claimants separately argue that each is entitled to millions of dollars in damages from the other, as well as the return of certain property.

Such policy updates represent, in theory, a departure from certain behavior previously tolerated at Liberty, where not only Falwell and his family potentially benefited from their connections with the university, but so did other officers, key employees, donors, trustees, and their close associates.

A Reuters investigation in 2020 detailed how Liberty lent $750,000 in start-up money to a company formed by Robert Moon, a friend of Falwell’s. Liberty in turn enlisted that company to oversee its sprawling construction projects, which generated tens of millions of dollars in revenue for Moon’s company. Moon’s company is listed as a “significant contributor” to Liberty in its federal filings.

Additional construction services have been provided to Liberty by Spence Construction, and the company has earned more than $725,000 in compensation from the university since 2018-19. Spence Construction is owned by the son of Charles Spence, Liberty’s senior vice president for campus facilities and transportation. Liberty previously employed Spence’s son Joshua until 2017-18.

And also in 2020, Politico identified a number of payments from the university to companies and people with connections to the institution’s board members. There was the $70,000 paid to “the Gainey Foundation, a private foundation that is the main funder of a camp for Christian athletes owned by the family of Michigan-based board member Harvey Gainey.” Another $135,000 was paid to Ducar International, a Christian tour company owned by the board member Duke Westover. Politico found that “at least three additional board members have had spouses or children on Liberty’s payroll in 2017 or 2018.”

The sprawling web of business transactions with insiders and their families even drew the eye of the crediting-rating service Moody’s, which cautioned Liberty that such concentrated governance and management control limited its credit rating.

“We believe the leadership’s decision to engage in the number of and range of these transactions indicates the closely held scope of governance,” an analyst for Moody’s wrote.

Following Falwell’s resignation in August 2020, leadership at Liberty announced the university would undertake an inquiry into the institution’s operations under its former president’s tenure. The university anticipated its investigation would be completed by December 2021. To date, no findings from that investigation have been released to the public.