In praise of the dollar bill 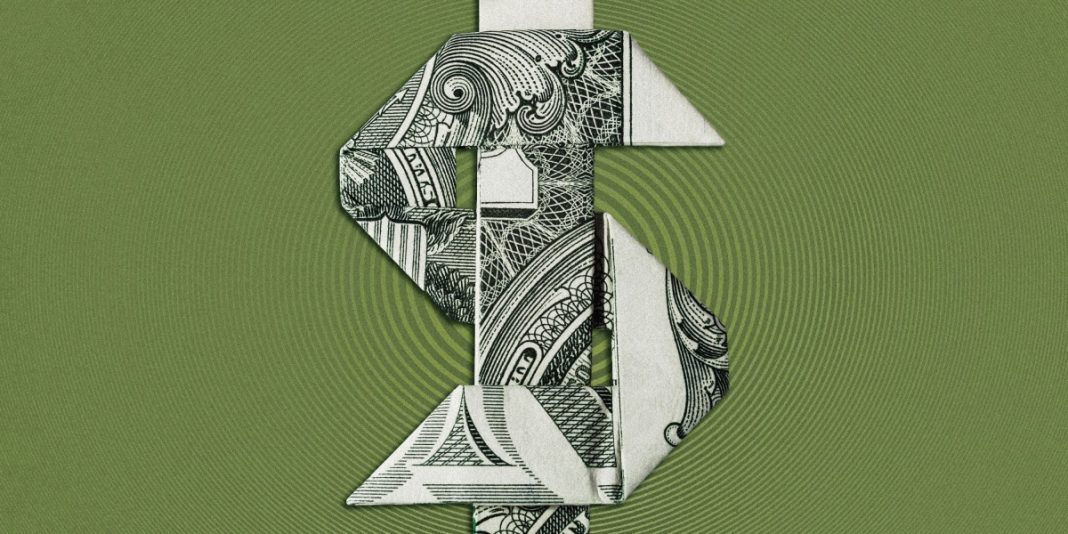 “We are cashless,” proclaims a sign on the gleaming glass door of the cafe I frequent. The sign predates the glossy list of covid-19 measures taped beside it, but together they present a united declaration of touchless efficiency—the promise of experiencing public space, social interaction, and consumer exchange with utmost convenience and cleanliness. Yet for all the friction that the cashless coffee shop aims to eliminate, it reproduces far weightier social barriers and inequalities.

For individuals and communities, transactional technologies—digital wallets, mobile payments, and the like—can increase their autonomy in decision-making, their flexibility and resilience in times of crisis, and their ability to fight victimization, exploitation, and indignity. Trust in these technologies builds the capacity for long-term planning and building—of wealth, of infrastructure, of the foundations of prosperity for future generations—as well as for experimentation and risk. Of course, the corollary is also true: malign versions of these tools can rob communities and individuals of their agency.

Cash is the best transactional tool for increasing community and individual autonomy that we have invented so far. It offers many affordances that
prove hard to replicate. Cash does not need someone else’s signature to spend. It does not specify where you can spend it, or on what. It is anonymous: no one needs to know who you are for you to spend it. It generates no data about your transaction for third parties. It transacts without fees for the payer or the payee. You know how much you have on hand: it cannot be frozen in your account by an opaque third-party payment processor on a whim, or reversed by a scammer, or eaten away by fees until you tip into overdraft without realizing it. It does not rely on many layers of brittle infrastructure of both hardware and software in order to operate at the point of sale.

What happens if cash goes away?

There are some lessons from history that are worth paying attention to. Cash—defined as a universal, public, printed monetary medium—is a relatively new technological and political achievement. Historically, money has been, more often than not, private and plural. In the United States, state-issued currency was not fully consolidated until after the Civil War. Previously, foreign currencies, private bank notes, and scrip produced by railroads, insurance, companies, and other private businesses circulated alongside currency issued by the US Treasury.

This monetary cacophony meant that everyday spending required considerable street smarts. Bills might have come from a failed or fictitious bank or might have been a counterfeit copy of a note from a functioning, real bank. Bills that were accepted at face value in one city might have been accepted only at a lower value in others. Daily life involved navigating a messy, complex monetary media environment.

The chaotic situation also created highly stratified transactional communities. While the wealthy used notes issued by stable banks and redeemable for letters of credit and bullion, the poor were more likely to use low-value bronze or copper “petty coin” or deprecated bank notes.

The future of transactional media might look something like its past. An industry consultant once told me that “in the future cash will be the ‘c word,’ not something nice people use.” Indeed, the future is likely to be cash-light rather than fully cashless. Those relegated to cash-only status will transact on unequal terms.

Today, cash is a universal, print technology—a mass media form. But it does have major flaws. Cash can be lost, destroyed, stolen. Most important, perhaps, it can’t be spent online, and therefore it does not move at the speed of the rest of our communicative lives.

We don’t yet know the shape of tomorrow’s transactional media or the terrain of its transactional communities. We might work to prevent money that acts like today’s social media platforms: privatized and rooted in data-driven business models.

In the cryptocurrency community, I often hear variations on the phrase “If cash were invented today, it would be illegal.” The point here is that cash is low cost, difficult to censor, and difficult to surveil. At a time when nearly all of our communication, transactional or otherwise, is channeled through monopolistic and controlling platforms that collect rent in the form of fees, data, or both, it’s hard to argue with this line of thinking.

At the same time, we need to ensure that new forms of money are reliable and stable in value, something that has proven difficult for cryptocurrency to achieve. For all its unique affordances as a transactional medium, cash—and whatever its digital inheritors are—must be stable in value in order to work well.

So as I pay for my cortado, I look at that “We are cashless” sign with a researcher’s eye. The stakes are high. We are empowered or disempowered by the transactional tools to which we have access. As we imagine money for the internet era, the big question is how to design payment media in the public interest. We need something that does all the things cash does well—as well as the things cash doesn’t.

Lana Swartz is an assistant professor of media studies at the University of Virginia, and author of New Money: How Payment Became Social Media.