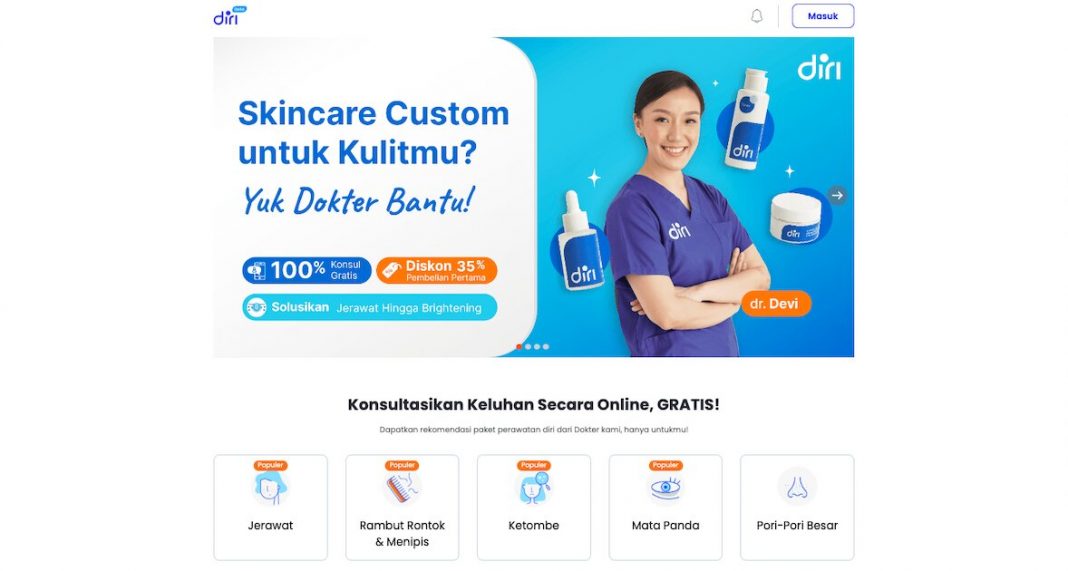 Diri Care, a consumer health technology startup based in Jakarta, Indonesia has snapped up $4.3 million in a seed funding round led by East Ventures and Surge, a rapid scale-up programme for startups by Sequoia Capital India and Southeast Asia.

Since launching a beta web platform earlier in March, the startup has facilitated more than 13,000 consultations. It plans to release a mobile app version on Android and iOS devices “in the near future”.

According to a press statement, the seed funding will go to efforts in expanding Diri Care’s offerings to customers across Indonesia, as well as enhancing its platform’s technological capability.

Diri Care is eyeing Indonesia’s beauty and personal care market, which is seen to hit $9.6 billion in value by 2025.

Meanwhile in the Asia-Pacific dermatology space, CureSkin, an AI-powered skincare app in India recently closed a $5 million Series A funding round. Another AI-enabled derma platform, Clinikally, launched in India in May.

“Diri Care marries technology and medical science to inspire authentic confidence and well-being for modern consumers. We believe everyone deserves affordable, high-quality, patient-centric care, and Diri Care is leading the way in democratising that access for everyone, everywhere, for good,” said CEO and co-founder Christian Suwarna.