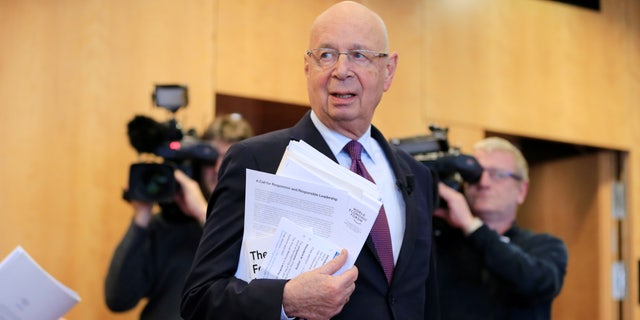 Biden will use every bit of this Ukraine crisis to take your money and your freedoms, Laura Ingraham says.

In her “Ingraham Angle” commentary on Wednesday, host Laura Ingraham explained how, with the federal coronavirus emergency subsiding, President Biden and his administration need a new way to lock down the populace and keep them in their control.

Ingraham said the record spike in gas prices is likely intended to do just that: While the coronavirus mitigation orders enforced travel barriers and socioeconomic restrictions, the Democrats’ refusal to show true concern for the oil crisis might be because such costs restrict the middle class’s ability to travel and behave in everyday life.

“Are we about to face another lockdown — another period of time when Americans feel like they can’t travel, they can’t even maybe go to work or see family — well, not travel for pleasure anyway — only for essential activities?” Ingraham asked.

“[T]he COVID lockdowns: The foolish closures that had zero basis in science. Today, it’s not a virus that may keep us from jumping in our cars and doing and going anywhere we want. It’s high gas prices and inflation caused by Joe Biden’s suicidal green agenda.”

“And like with COVID, they’re asking you to sacrifice for the ‘greater good,'” she added.

“But now they pretty much dropped all that with Democrats, all they’ve done to derail America. Biden’s long, dark winter is turning into a painful spring. And next, he’s going to bring us a sweltering, miserable summer. And Lord knows how depressing a fall it’s going to be.”

Ingraham said there are parallels between today and the Carter-led 1970s: potential stagflation, gas price spikes and shortages, economic “malaise.”

However, she said that just as then, now there is no naturally occurring oil shortage or force keeping inflation spiking — only the politics of the left making sure the pain is maximal.

“They think it’s high time that you, your kids, your grandkids get used to living with less. This is all a rerun of the 1970s, when we were told we had to drive more slowly, we had to turn our thermostats down in the winter and up in the summer.”

“Back then, Jimmy Carter blamed the energy crisis, but remember, there was no energy crisis. We had plenty of energy in the ’70s, just like we have plenty of energy now. This crisis is self-inflicted, created by leaders who seem to be enjoying punishing Americans instead of serving them, and they certainly don’t think that the people deserve answers to any questions about this.”

“This is our country. It belongs to the American people, not international bureaucrats. The salaries of every single person in the Biden administration are paid for by you and by me. So going forward, the key issue for every voter should be this: Who will put your interests first?”

“Who’s going to work for you, your family, your hopes, your dreams? We know it’s not Biden and the Democrats. But I think they’re on the way out, I think they know that the future belongs to political leaders who help Americans triumph, not delight in their suffering.”