Is the SPAC boom over? Deals in Singapore and Hong Kong appear to be fizzling out 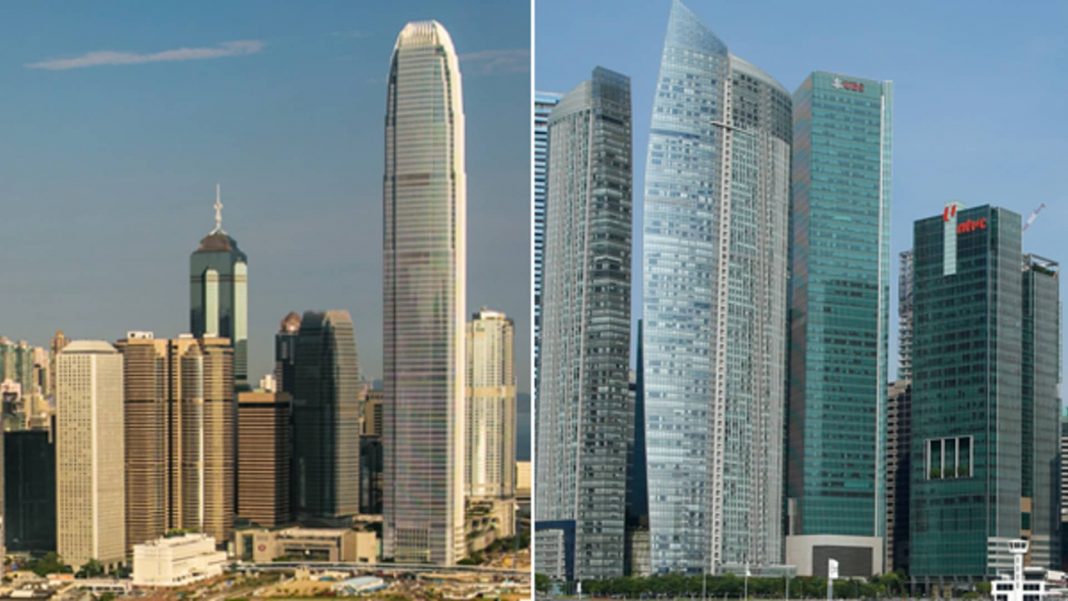 It’s been a slow and cautious start for SPACs that launched in Hong Kong and Singapore in recent months — in stark contrast to last year’s SPAC boom in the U.S. which has also fizzled out.

SPACs are special purpose acquisition companies. They are shell companies that raise capital in an initial public offering and use the cash to merge with a private company in order to take it public, usually within two years.

Only one SPAC was launched in Hong Kong in the first quarter and it raised $128 million, while three were launched in Singapore, raising a total of $334 million, according to data analytics firm Refinitiv.

“This is likely reflective of investors being happy to play a game of patience, rather than retail investors in the US who in recent years chased SPACs higher in [the] hope they would acquire a ‘hot start up,'” said Neil Campling, head of technology, media and telecom research at Mirabaud Equity Research.

Among the three SPACs listed in Singapore was Vertex Technology Acquisition and Pegasus, both of which last traded below their offer price of 5 Singapore dollars ($3.60).

In Hong Kong, Aquila Acquisition made its SPAC debut in March, which was also trading below its offer price of 10 Hong Kong dollars ($1.27). Hong Kong still has another 10 SPAC applications as of mid-March, according to its stock exchange.

The slow activity at the start would be an initial disappointment for Singapore, which had set its sights on drawing SPACs in hopes of reviving its flagging IPO market.

Hong Kong, on the other hand, has taken steps to dampen speculative trading by banning retail participation in SPAC trading before the stage where the merger takes place.

“I would describe the SPAC environment in Asia as cautious given the volatility in the US over the last two years and a general practice of ‘slow and steady wins the race’ mentality,” said Campling.

In my experience, if you are able to offer a Chinese CEO a straightforward, fast path to raising capital, there will be no shortage of takers.

The U.S., in comparison, enjoyed a record year with more than $160 billion raised on U.S. exchanges in 2021 — that’s nearly double the amount raise the previous year, according to data from SPAC Research.

But even the red-hot SPAC market in the U.S. seemed to struggle for direction this year.

The U.S. Securities and Exchange Commission has started to crack down on SPACs, with a host of new rules addressing complaints about incomplete information and insufficient protection against conflicts of interest and fraud.

The CNBC SPAC Post Deal Index — which comprises SPACs that have completed their mergers and taken their target companies public — tumbled around 20% in January this year, from a February 2021 high. However, it has since bounced back partially.

Tailwinds for Hong Kong and Singapore

Still, the situation may yet look up for companies seeking a SPAC listing in Asia, according to analysts.

Investors may also be looking to cash in on their earlier purchases, they said.

Chinese unicorns — or start-ups with at least $1 billion in valuation — are running out of private capital to tap on, and that could drive them to seek SPAC listings in Hong Kong, according to Drew Bernstein, co-founder and chairman at audit advisory firm MBP.

“There are over 300 China-based unicorns, some of which are exceeding the capacity of private capital sources,” Bernstein told CNBC. “In my experience, if you are able to offer a Chinese CEO a straightforward, fast path to raising capital, there will be no shortage of takers.”

“A Hong Kong SPAC merger may be an attractive option for mainland China companies that are seeking access to capital and liquidity convertible into dollars but are concerned about the accounting and regulatory uncertainties involved in a U.S. listing right now,” he added.

Chinese tech shares have plummeted over the past year. Hong Kong’s Hang Seng Tech index have dropped more than 50% compared to a year ago.

The market has been hit by China’s regulatory crackdown as well as ongoing tensions with the U.S. The U.S. Securities and Exchange Commission earlier this year started identifying Chinese companies that could be delisted if they didn’t comply with audit requirements.

As for Singapore, it may “catch a tailwind” from the “enormous increase” in private equity investment into Southeast Asia recently, Bernstein said.

“We expect a boom of emerging growth companies riding favorable demographics and digital adoption in the region. For some of them, a merger with a Singapore SPAC could be a great way to access growth capital close to hope in a market with strong legal protections,” he said.

Hong Kong and Singapore traditionally compete for the status of Asia’s financial center, but each has a different offering when it comes to SPACs, the analysts told CNBC.

Hong Kong would be a more natural fit for China-based deals due to its proximity to the mainland, said Campling.

“Hong Kong is a more liquid market and that would be a natural hunting ground for larger deals,” said Campling.

“Hong Kong though has seen the fallout from a tougher environment in the US and so some international funds that may have been interested in deals listed in HK may now prefer to seek investments in other areas of Asia, such as Singapore,” he said in an email.

The Chinese city is also pitching itself as the market for quality deals, as opposed to drawing a large number of deals, according to Campling.

To do so, it has established more stringent listing requirements. According to those rules, besides allowing only institutional and high net worth individuals to buy shares in SPACs before the acquisition stage, the SPACs must also bring in new investors at the time of merger.