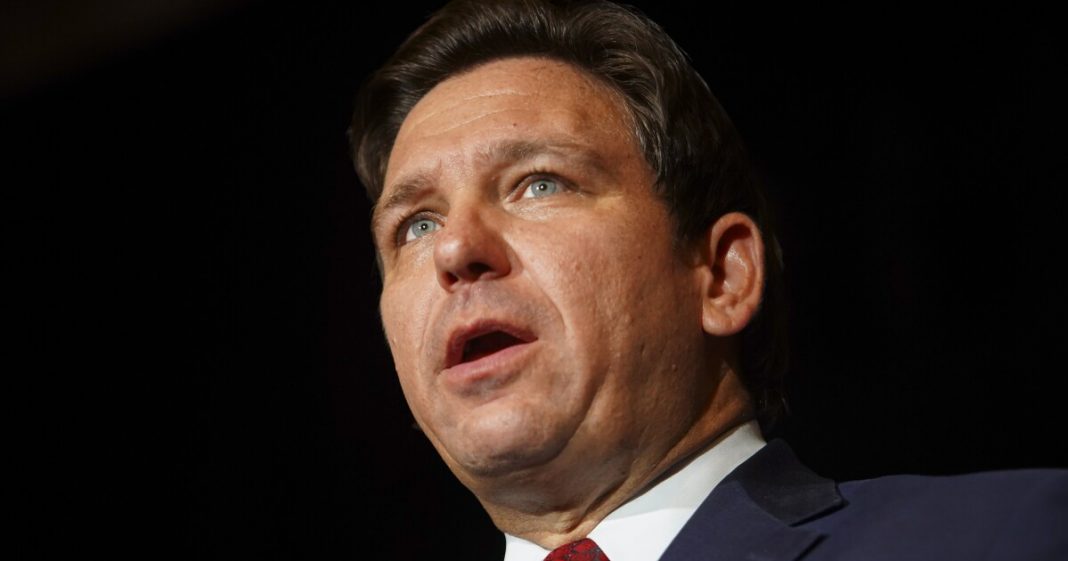 
Professors at public universities have no right to freedom of speech when they teach, lawyers for the State of Florida argued in a court filing last week. Over the past few days, many academics have expressed outrage, describing Florida’s stance as a direct, troubling attack on academic freedom. Some have even called it fascist.

It’s a powerful argument if you can get it accepted. The First Amendment just drops out of the picture.

But there’s genuine uncertainty over the extent to which the state can dictate what state-college instructors teach, two law professors told The Chronicle.

As college instructors themselves, they obviously had a stance. Yet they admitted that existing law and precedent isn’t entirely clear. “It remains more of an open question than those of us who are academics would like it to be,” said Frederick Schauer, a First Amendment scholar at the University of Virginia’s School of Law.

The court filing was in defense of the state’s Individual Freedom Act, commonly known as the “Stop WOKE Act,” which bars instructors at public institutions from teaching certain ideas related to race, racism, and sex, and which at least two groups of students and professors have sued over.

“The curriculum used in state universities and the in-class instruction offered by state employees” count as the Florida government’s “own speech,” the lawyers wrote. Therefore: “The First Amendment simply has no application in this context.”

“It’s a powerful argument if you can get it accepted,” said Timothy Zick, a professor who teaches about the First Amendment at the William & Mary Law School. “The First Amendment just drops out of the picture.”

But will the argument be accepted?

Florida’s filing discusses a 2006 Supreme Court decision in Garcetti v. Ceballos. In that case, the court decided 5 to 4 that state employees didn’t have First Amendment rights while they were doing their jobs. (Schauer gave the hypothetical example of an anchor at a public TV station needing to read their script, as part of their job.) But Supreme Court justices at the time deliberately left unanswered the question of whether that principle extended to college classrooms.

“We need not … decide whether the analysis we conduct today would apply in the same manner to a case involving speech related to scholarship or teaching,” the since-retired Justice Anthony M. Kennedy wrote in the opinion of the court.

Since then, lower courts have often decided that Garcetti doesn’t apply to college-level scholarship and teaching. The courts have recognized “the virtues of relatively unconstrained academic inquiry, at least at the university level,” Schauer said.

But these cases stop short of establishing that something like Garcetti definitely wouldn’t apply to college teaching, Schauer said. The courts didn’t say whether there was anything special about professors that gave them protections that other state employees might not have, he said.

Plus, there are clearly some limits to the job. A professor assigned to teach constitutional law can’t simply decide to talk about astrology instead and claim it was a free-speech issue, which Schauer offered as another example.

Schauer and Zick both sounded warnings about what public higher education might look like if Florida prevails. Both more liberal and more conservative states might flex their abilities to set curriculum mandates. A state could even require professors to say things they don’t believe, Zick said.

“All of this would make us far worse off,” he said, “in terms of what the university’s principal mission is, which is to develop knowledge and distribute it and to teach and to learn.”